Sankalp: The Journey Shall Continue, the online weekly Kathak recital featuring one young upcoming dancer each Sunday, has completed 14 impressive episodes. Kathak dancer and teacher Vidha Lal has painstakingly chosen accomplished performers from different cities, disciples of various gurus, to showcase the wealth of young Kathak talent we don’t see in Delhi. This has turned out to be a credible venture and is to the credit of Vidha and the sponsors. I am presenting my impressions of the Sankalp performances at Vidha’s invitation. 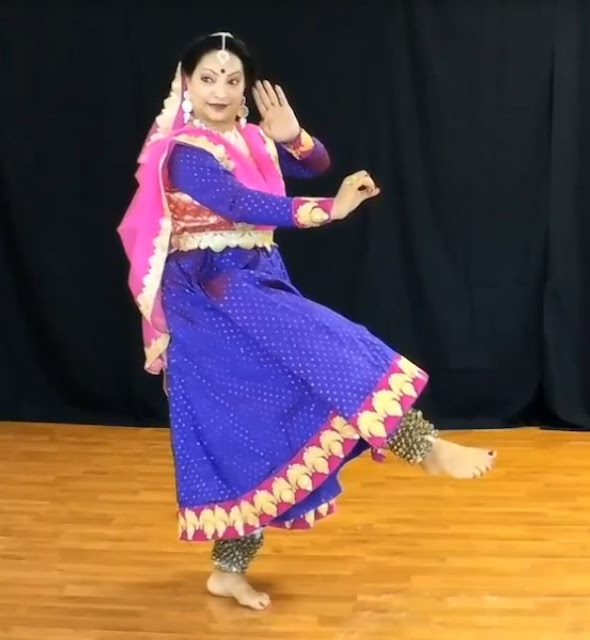 The dancer featured on 1 November was Vandana Sheth, a disciple of Prachi Dixit of Nupur Academy LA, who is also one of the sponsors. Vandana started learning dance at a very young age in what was then called Madras. Her dance training began with Bharatanatyam but she later started learning Kathak under Natyashri Krishna Kumar Dharwar and also with Ram Mohan Maharaj. After she moved to the US, she continued her training under Prachi Dixit and continues to do so 17 years later. About Vandana, her guru Prachi Dixit said that her happiness in class is infectious and her appreciation of her teacher gives her great satisfaction.

Vandana entered the stage with an aamad and then performed an ode to Lord Ganesha, depicting ekdant, the elephant ears, siddhi vadana, mangal karan etc. through stances. Next was a thaat in vilambit teen taal, done gracefully, followed by an uthaan, paran, aamad. She ended with a Durga kavit, showing the shringar of Ma Durga and then her other side, which vanquishes the demons, followed by paran, tukda and footwork. 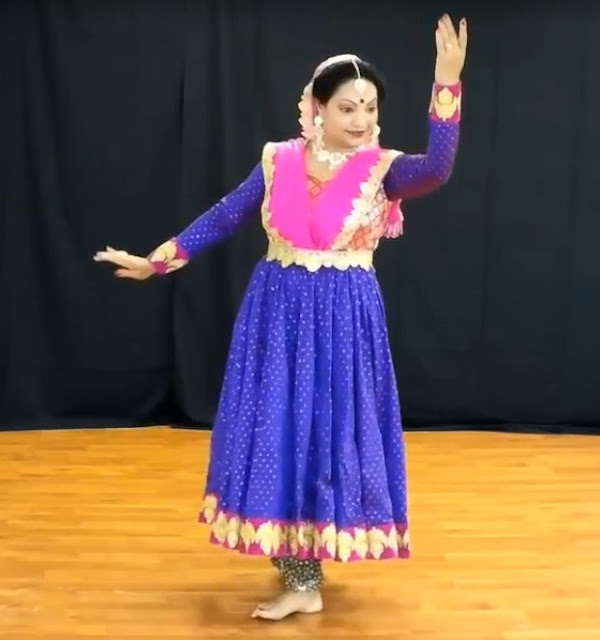 This was followed by a short composition which depicted different stories related to Vishnu. The lyrics were ‘Aise Ram Hain’. The bhakta, along with the offering of flowers, is also offering his breath, naam jap. She depicted the Giriraj dharan leela where Krishna is seen as the saviour of Braj when Indra causes incessant rain. This was a composition by Bindadin Maharaj and one of Birju Maharaj’s favourite compositions as well. She depicted the Swarna mrig leela, the Draupadi cheer haran leela, and then finally the Giriraj dharan leela. Ram is not just Ram but signifies Vishnu in his various avatars. 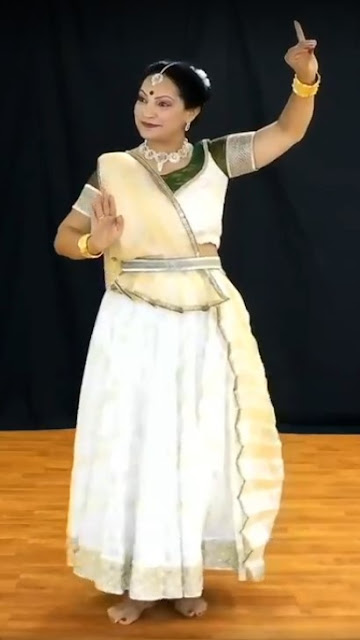 The entire performance was very neat, with measured, precise footwork, hands moving smoothly and gracefully. The only point of improvement was that to me, it felt like it needed more engagement with the audience. Though this is a new medium and a new platform without physical audiences, bhava, eye expressions, facial expressions etc. are as necessary as they are for the live audience to make the performance impactful and keep the audience engaged. Vandana's technique was well-rehearsed and seamless, and her movements controlled and graceful. You can watch the performance here: https://www.facebook.com/VidhaLalKathak/videos/1081605095611666