After seeing the performances of young dancers from various other cities over the past two months, Vidha Lal’s Sankalp returned to Delhi to feature the capital’s Shikha Sharma. Over nine episodes now, Vidha has presented young Kathak performers groomed by hard-working gurus from across the country, giving them visibility and an honorarium in these times of no income for the arts. Supported by sponsors Nupur Academy LA, AIPA, OrganiKrishi and Harbilight Productions, Sankalp: The Journey Shall Continue has introduced me to gurus, styles and dancers whom I would otherwise never have discovered. I am presenting my impressions of the Sankalp performances at Vidha’s invitation.

Shikha is a disciple of Rani Khanam, among the well-known representatives of the Lucknow gharana today. Rani ji has distinguished herself by her sensitive Sufi interpretative choreographies and is famous for bringing that element of Ganga-Jamuni tehzeeb to this dance form, which originated in temples and flourished in the Mughal courts. I was hence looking forward to seeing her shishya’s solo.

This episode started with Nupur Academy LA’s Prachi Dixit ji stating correctly that if her disciples and her friends wake up at 7.30 in the morning in LA to watch Sankalp, it is to the credit of all the youngsters who are following, pursuing and supporting Indian arts. Introducing Shikha, Guru Rani Khanam said that Shikha is a very dedicated and focused learner and that it takes an equal exchange between guru and shishya to maintain the teaching and learning process.

Shikha appeared on the platform with a pleasant presence in very bright colours and started with pure nritta in vilambit laya in teen taal. She presented thaat aamad and paran aamad, upaj and footwork. She made the shloka ‘yatho hasta tatho drishti’ true in her dance as her eyes very expressively followed her hands, adding bhava to her rhythmic nritta. 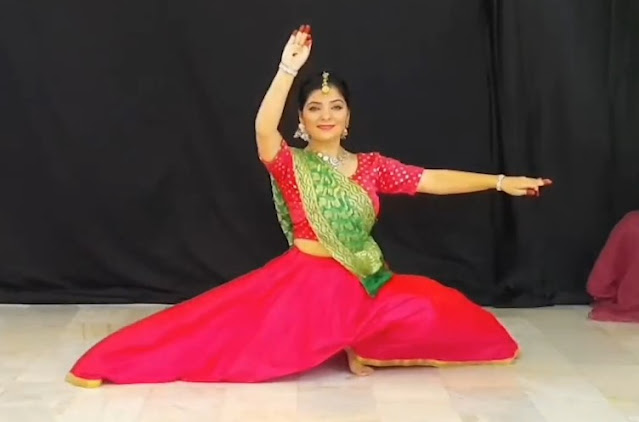 In the second part, she presented teen taal in drut laya, presenting tihais, tez aamad, footwork and chakkars. Again, a very neat presentation with very exact footwork. In fact, some of the patterns she followed were very pleasant. These presentations were marked by a lot of grace backed by a surprising amount of stamina and body control. Shikha took a sam seated and generally used seated positions liberally, but her kneeling and rising was smooth and effortless, an area in which many classical dancers betray their low core strength or lack of fitness. Also, her hand movements were consistent, smooth, complete and ended on a flourish each time. 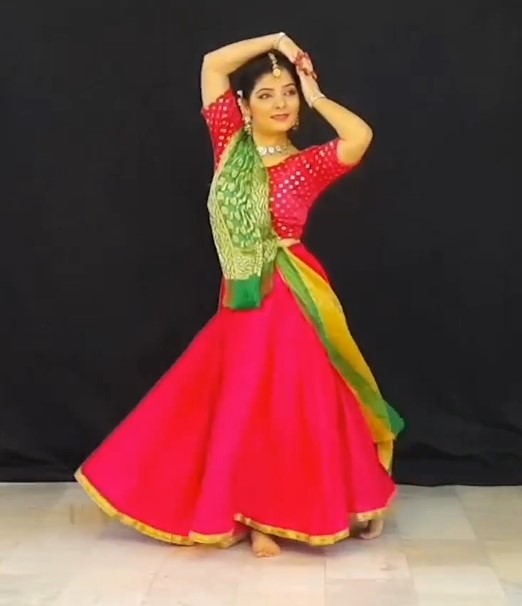 Finally, Shikha presented a bhava piece, ‘Ae Ri Sakhi’, which was true to her guru’s tradition of presenting Sufi compositions. As the nayika carries the matki to the river for fetching water, a bird hops on to her shoulder to give the message of her piya. It was a very aesthetically presented excerpt. Collecting flowers, she makes a toran, asking around if anybody has seen her piya. Even the act of parting and combing her hair and braiding them was done keeping in mind the minute detailing. Finally, it was the embrace and surrender to her piya. The chakkars during the composition were done with a lot of pace, and the coverage of the area available was very intelligently. Again, a performance where the exuberance, energy, precision and stamina of a young dancer was visible and enthralling. On tabla were Shakeel Ahmed Khan and Amaan Ali Khan, on vocals Shuheb Hasan and on pakhawaj, Salman Warsi.

Shikha did credit to her guru’s training and tradition with this performance. You can watch it here: https://www.facebook.com/VidhaLalKathak/videos/953789638457784

Also, all previous episodes of Sankalp are available on Vidha’s YouTube channel as well. Please watch if you haven’t already – these young artists deserve your attention!