Before the lockdown, the last performance I watched on stage was ‘Shringara’ featuring a collaboration between Bharatanatyam dancer Tanya Saxena and Odissi dancer Madhur Gupta. The two young and talented dancers have presented joint productions earlier as well. Tanya is a disciple of Gurus Saroja and Rama Vaidyanathan, and Madhur is a disciple of Guru Sharon Lowe 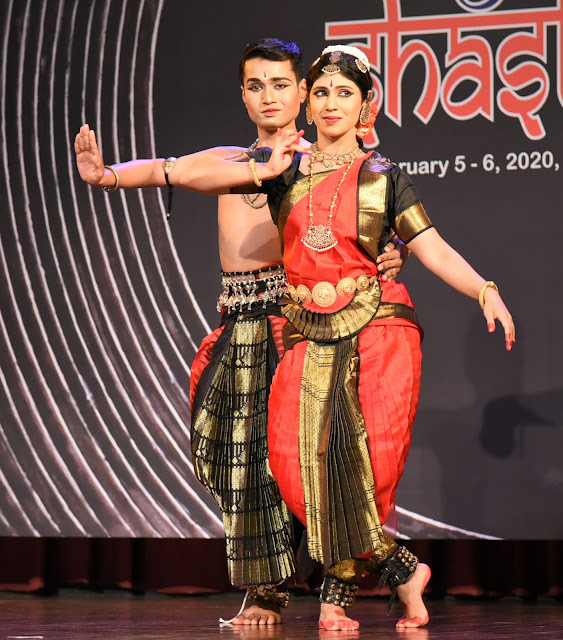 Shringara is the king of rasas. The first piece was a composition of Adishankaracharya from ‘Saundarya Lahiri’. The shloka was in raag Bhimpalasi, taal adi. It’s an ode to Lord Manmatha, the god of love. Love is an emotion that produces the shringara rasa. The lord of love carries a bow made of flowers. The string of the bow is made of honeybees and his quiver has five arrows made of flowers. His chariot is steered by the mountain winds and he rides with his consort, goddess Rati. 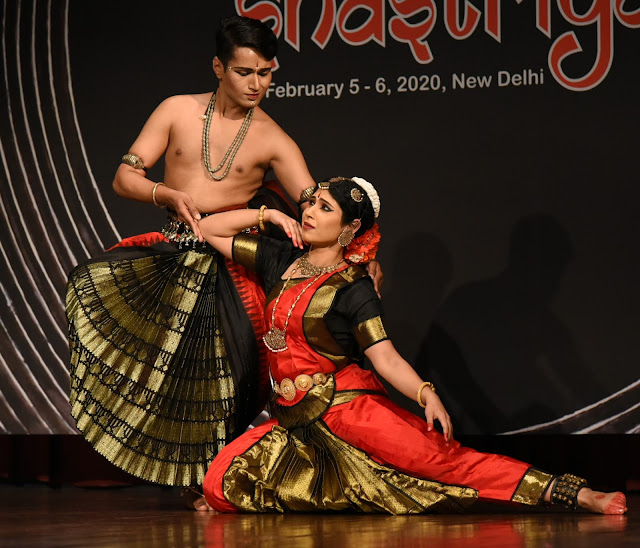 The rest of the Saundarya Lahiri composition was in raagam Neelambari, taal adi. The lord Manmatha is showering his arrows. These arrows strike at the heart, lips, head, eyes and the body, causing infatuation. As Manmatha rides his chariot, everywhere there is lovemaking. The piece was performed by both. The coordination of the footwork was excellent. Their chemistry worked very well on stage. 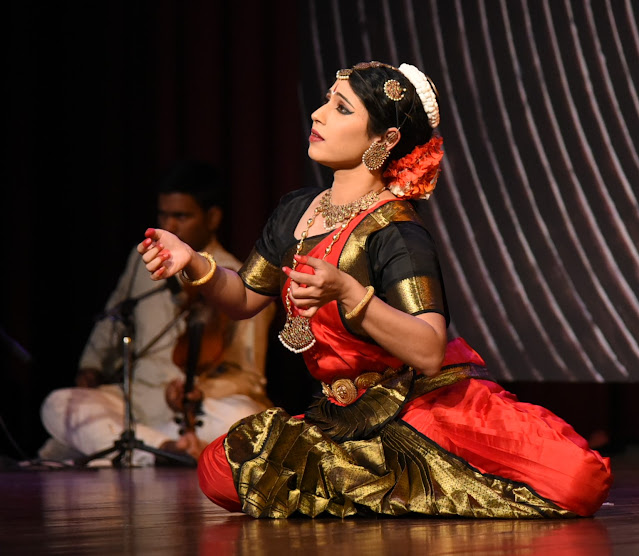 Next, Tanya presented a varnam in raag Ananda Bhairavi, aditalam. It started with the melodious notes of the violin. The nayika sees the rain and beckons her sakhi to look at the rain. The rain was represented very beautifully by the pattering of feet. The nayika is pining and asks the sakhi to get her swami back. Then she moves into the temple (Rajagopalaswamy of Mannargudi), depicted by Tanya with jathis, gentle leg lifts and leaps. The rain falls in droplets, which was shown by footwork. Tanya’s proficiency in abhinaya came across in this piece. 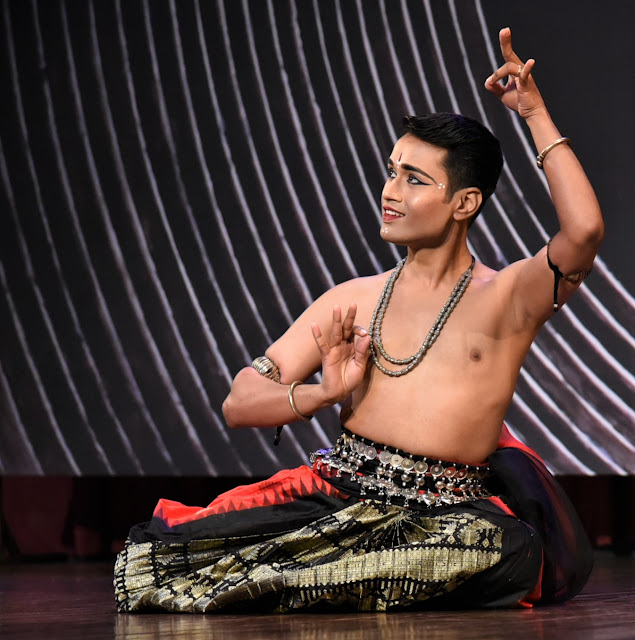 The third piece, done by Madhur, was a very similar piece, ‘Pashyati dishi dishi’. It’s a Jayadev ashtapadi, choreographed by Guru Kelucharan Mohapatra. In his depiction, he shows Radha, who is following the sound of the flute and goes around looking for Krishna. She thinks of the time when he would embrace her, and strings a garland for him while her eyes are shedding tears. She looks into the mirror, braids her air, puts on her shringar – kajal – and yet she burns. Nothing cools her, neither the sandal paste, the lotuses or the fanning. The state that she is in is vilapati rodati. All around her, she sees Krishna in every particle. The sakhi implores Krishna to go and meet Radha. In her viraha, the lotus is like thorns to her, chandan is like poison and moonlight is like the burning son. 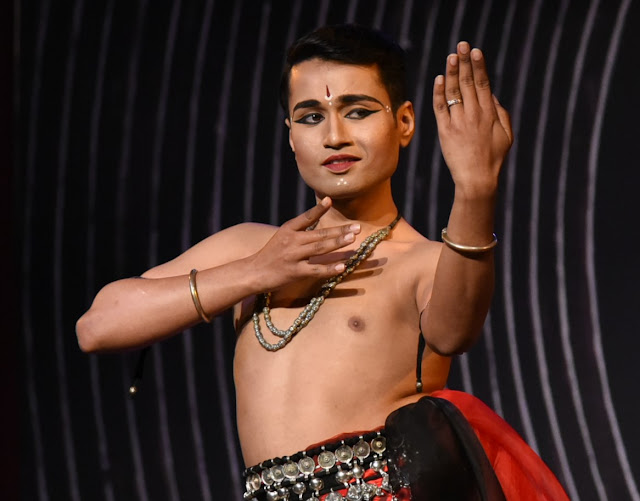 This composition was in raag Desh, ektali. Madhur’s rendition of abhinaya of nayikas in the ashtapadi comes almost naturally to him. It feels as if he himself is going through all that pain and distress. It’s almost a feast to watch him. 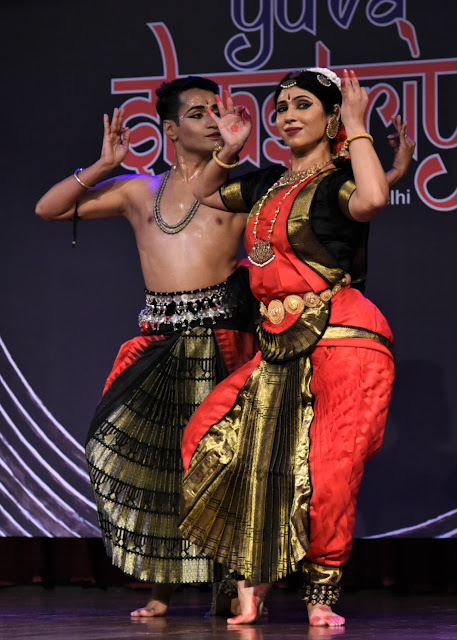 The fourth piece was Anandam, or the bliss of happiness, in raag Jejavanti, talam mishra. It is the coming together of the concluding nritta pieces of the two forms, pallavi and thillana. It’s also an amalgamation of the music and movement. Kamadeva is shooting his arrows and is victorious, though he wears a shy expression on his face. 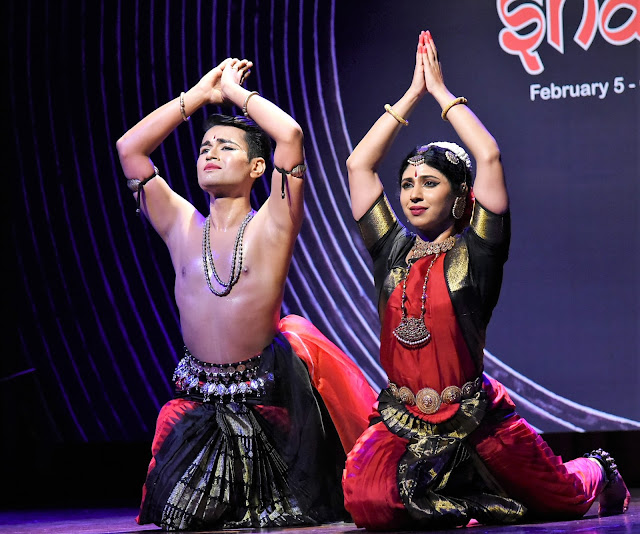 The two executed the nritta, coordinating very well, though to me, it seemed quite a task to coordinate the rhythms and footworks of the two forms. The two pulled it off successfully, concluding the performance accurately.

Later, I spoke to both together.

Q: How was it to dance to two very diverse kinds of music and rhythm? Did it come naturally to you?
Madhur: Yes, it did. Tanya and I share a lot of artistic camaraderie and similarities. It’s like a healthy relationship that we have (laughing): there are more nos than yeses.
Tanya: After that it is smooth sailing. 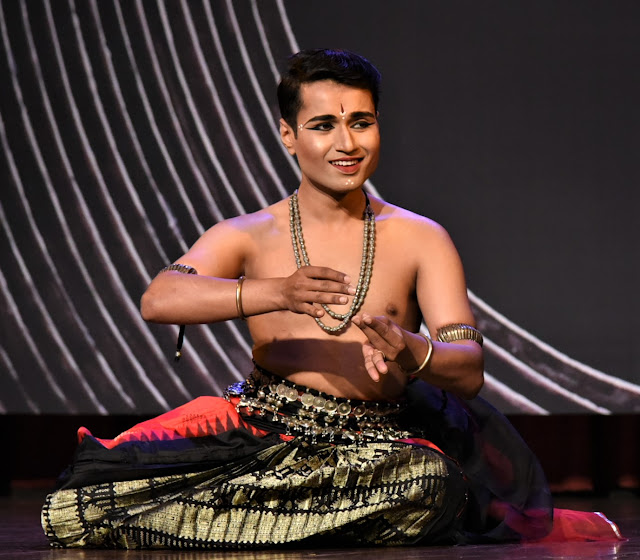 Madhur: The final product that we have after all the churning is great. She is a very intelligent dancer. The idea for a thillana was hers and I was very sceptical since doing a pallavi in a thillana is difficult. The rhythms are very different.
Tanya: The rhythms are different because the two forms have different characteristics. Bharatanatyam is not just about speed, but about more intricate patterns. With Odissi, everything is so lilting and fluid. We did not want the audience to feel that we have randomly chosen compositions and it was actually about collaboration. We did not randomly pick the piece, it was chosen after a lot of thought. For me, the most important was understanding the nature of the Odissi form without compromising on my own form, like getting the lyricism and fluidity in my own form, since Odissi is about lilting moves. It is not just simply mimicking the Odissi dance moves. 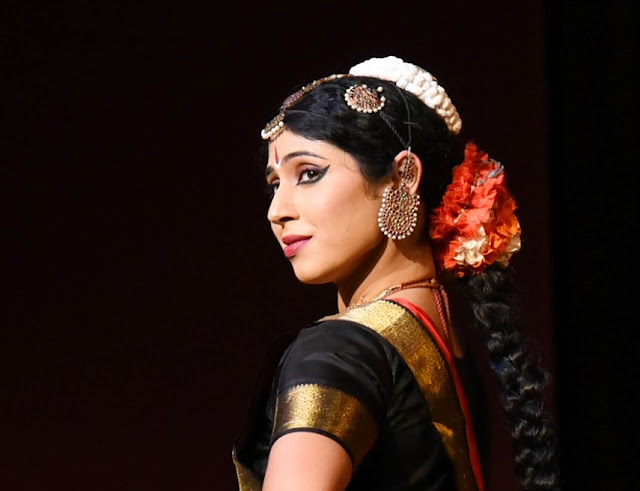 Madhur: Likewise, it was the same with me. There are no cuts in Odissi. It was interesting to work on that aspect.
Tanya: Another thing was the music and layam. The thillana was exactly at double the speed of the pallavi. So we had to make sure that the thillana was not too fast and the pallavi was not too slow. So that I do not find it difficult to dance and he does not feel the lag. It was a challenge. We enjoyed it since we had an excellent set of musicians. They gave the right embellishments to our inputs. They are the ones who carried this challenge through. At one point, we did not have any musicians. It was only after we had the musicians that we could pull it all together.