Depicting Shiva and his shakti through Kuchipudi

Natya Tarangini – Performing Arts Centre recently presented the 21st edition of their Parampara series, the national festival of music and dance that they organize annually. The centre has been established by Drs Raja and Radha Reddy and Kaushalya Reddy. Dr Raja and Radha Reddy have been trained by Vedantam Prahlada Sarma of Eluru and also by the great guru Maya Rao. They have been awarded the Sangeet Natak Academy award, the Padma Shri and the Padma Bhushan. 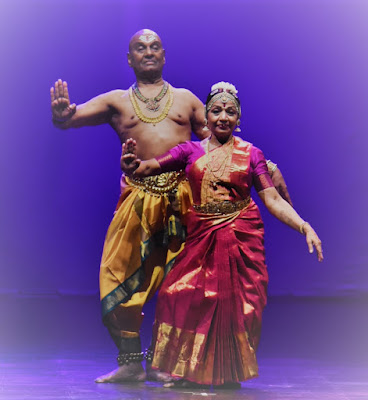 On the first day, the featured performers were Raja, Radha, Yamini and Bhavana Reddy. Yamini and Bhavana are both their daughters and their disciples. The Kuchipudi production was titled ‘Shiva Leela’. Lord Shiva is known for his majestic looks and for what he does for his bhaktas. ‘Bhasmaragaye, maheshwaraye, nityashudhaye, digambaraye’ are a few of his attributes. He is responsible for the birth, continuation and destruction of the world. The dance began with the four dancers paying an ode to Lord Shiva. The attributes of Lord Shiva were depicted by Yamini and Bhavana, taking on the different characters in these tales. The first was Neelakantha, when Shiva drank the poison that emerged during the samudra manthan by the gods and the demons. That poison lies in his throat, making him the blue-throated god. 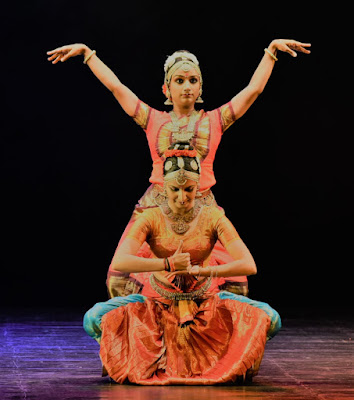 Markandeya Rishi was fated to die at the age of 16. But when Yama came to get him, he was worshipping Shiva. Shiva attacked Yama and so Shiva is known as Mrityunjaya or Kalantaka. Another story depicted was that of when Madan or Kamadeva had tried to distract Shiva from his tapasya. And angry Lord Shiva opened his third eye and destroyed him. And so he is known as the Madanantaka Deva. 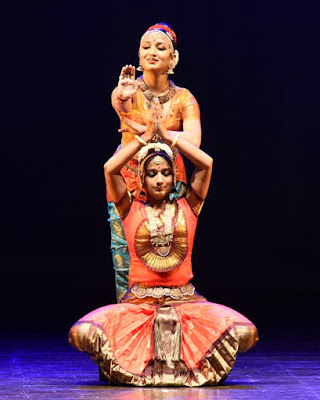 Another tale depicted how Goddess Parvati performed tapasya for Shiva. Shiva took on the disguise of a hermit and asked her who she prayed for. He later taunted her that her lover was ugly, with huge jatas and snakes wound around him. He carries a trishul and is not worth her. Parvati gets very annoyed and warns the hermit. The lord is pleased with her and comes back to his original form. They have a kalyanam, and so Shiva takes on the name of Umadipatye. This particular piece was really appreciable, with Bhavana enacting Parvati and Yamini as Shiva. The emotive abhinaya was especially skilled. 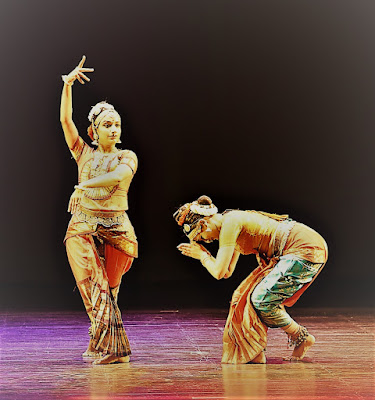 Shiva gave the Pasupata astra to Arjuna since he found Arjuna fit for it. Arjuna is praying in the forests and a boar attacks him. He kills the boar, but Shiva, disguised as a hunter, claims it. Shiva tests him by fighting him for the boar, and finds him adequate to handle the divyaastra. For this, he is called the Pasupatastraye. Lord Shiva destroyed the three cities of the three sons of demon Taraka. Prithvi was summoned to be the chariot, the sun and the moon were its two wheels, Mount Meru was the bow, Vasuki was its bowstring, Lord Vishnu was the arrow and Lord Brahma was the charioteer. Only this arrow could be used to destroy the three cities when they were aligned. For this, he is called Tripurantaka.

Raja and Radha Reddy depicted Lord Shiva and Parvati in the beginning and towards the end. Even at their age, the gurus are dancing with immaculate technique. Yamini and Bhavana did the rest of the pieces, depicting the characters in the tales. They got into their characters effortlessly — the abhinaya, the mukhabhinaya and the storytelling was flawless. Even their technique in the nritta portions was perfect, with rhythmic beats by Kaushalya Reddy on the nattvangam. The evening ended with chants of ‘chirashivakara sadashivakara’. 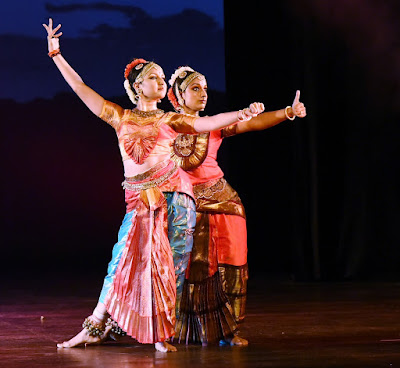