The timeless story of Rama in graceful abhinaya 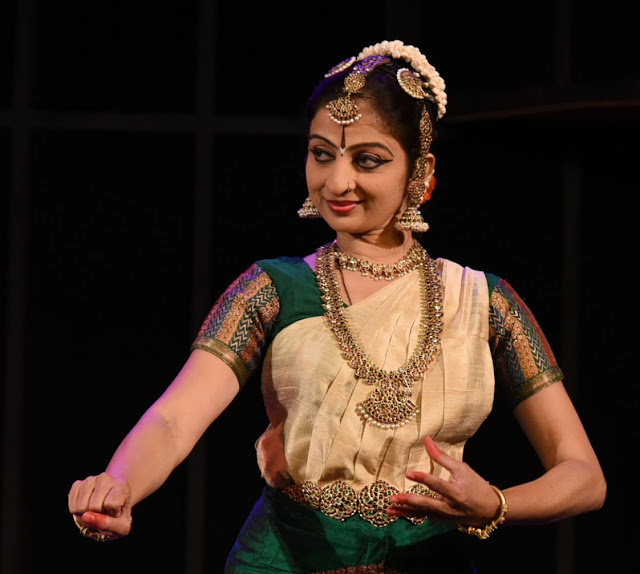 Mamatha Karanth performed on the 17th of July in Delhi under the IHC Concert Series. Bangalore-based Mamatha started training 30 years ago under Vidwan Sri Chandrashekar Navada and completed her vidwat under him. She has also trained under B Banumthi, and has a Bharatnatyam degree from the Bharathidasan University. A Doordarshan-graded artist, Mamatha has performed at many prestigious festivals in India and abroad and conducted various workshops as well. 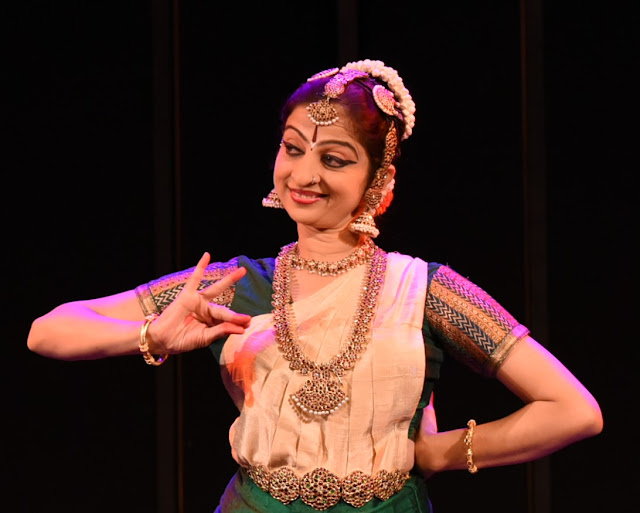 The performance I saw in Delhi was titled Ramacharitam, which she began with a pushpanjali in Vrindavana Saranga raga, in aditalam. The piece after that was a composition of Maharaja Swati Tirunal, ‘Bhavayami Raghuramam’, in raga Mallika, roopak talam. The tale of Lord Rama is a much-revisited one in dance and is known to all. And yet, it becomes a challenge to interpret it for the dancer in her own style. Mamatha was essaying all the roles in the style known as ‘ekaharyam’. The episodes, as Mamatha depicted them, began with the birth of Rama, his training, and then his marriage to Sita. After their marriage, when it was proposed that Rama be appointed the king of Ayodhya, Manthara becomes a spoiler. She and Queen Kaikeyi conspire to send Rama to exile, while Bharata becomes king. Here, Dashrata is bound by his promise to Kaikeyi, and Rama leaves with Sita and Lakshman for a period of 14 years. 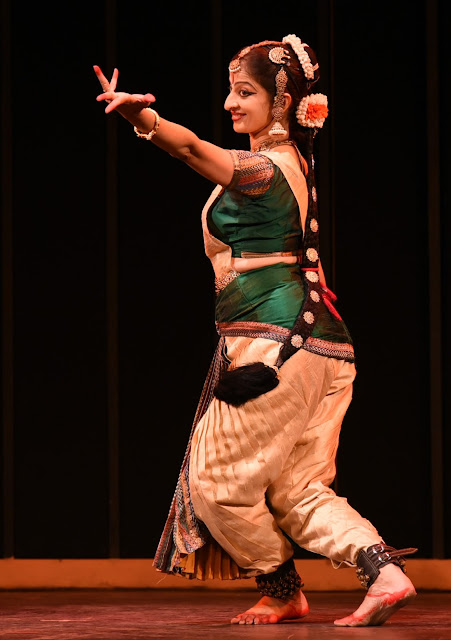 Khevat or Guha drops them across the river, but Bharata follows to meet Rama and refuses to take on the role of king. He finally returns with the paduka of Rama. In the dense forests of Dandakaranya, where Jatayu resides, the three of them stay at Panchavati. Surpanakha, disguised as a pretty maiden, goes to both the brothers with her proposal of marriage and ends up with a cut nose. Maricha comes disguised as a golden deer and enchants Sita. Rama follows him and kills him, but at the behest of Sita, Lakshman has to leave her alone to look for Rama. Ravana kidnaps Sita, while Jatayu fights back bravely to save her. Sita is taken away to Lanka. Ravana roams the forest and meets the monkey kings Bali and Sugriv. Rama pierces seven trees with one arrow at Pampateer, and finally, kills Bali. Hanuman offers to carry the two brothers across the sea on his shoulder, but is advised to take only the ring to Sita. 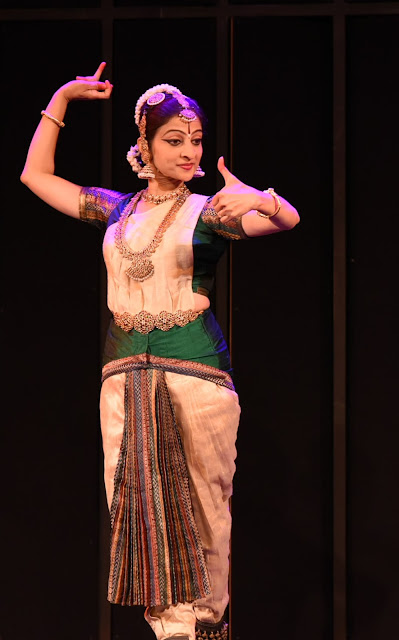 The distressed Sita is trying to hang herself, but her cries of ‘Ha Ram’ become the chants of Hanuman, who comes in carrying the ring. Finally, he exchanges the ring for the chudamani of Sita. He destroys the garden in Lanka eating the fruits before he leaves, and is captured. The demons put his tail on fire, and Lanka is thus burnt down as he flies out of it. Hanuman takes Sita’s message to Rama and the entire army of monkeys moves towards Lanka, trying to bridge the sea. They discover that by writing the name of Rama, the stones that sunk previously now stay afloat, and a stone bridge is thus built across the ocean. In the ensuing fight, Ravana is killed, Sita has to go through an agnipariksha, and Rama and Sita return to Ayodhya after an exile of 14 years, amidst much merriment. Ayodhya folk tie flowers and torans to welcome Rama, who is then anointed as the king with a pattabhishek. ‘Rama Chandraye namaha, Rama bhadraye namah’ – the tale ends with this. 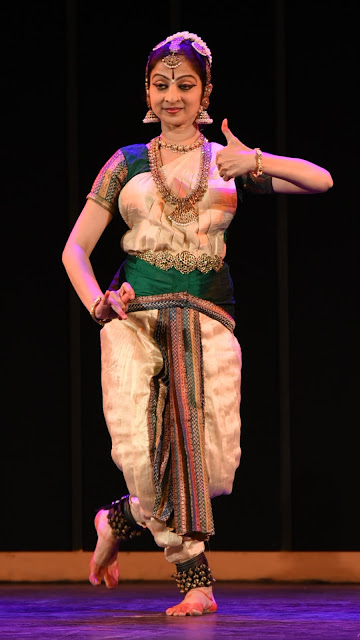 Finally, she performed the thillana as an ode to Rama in Sumanisha raga, aditalam.
The petite frame of the dancer suited her style, which was gentle and graceful. Though there was a lot of abhinaya, the interspersed nritta portions were well-executed. Abhinaya was her forte – her eyes were expressive, aiding her storytelling. The role of Guha was done with short rhythmic movements, to the sound of water. The role of Lakshman, who is coerced into leaving Sita alone in the forests to look for Rama, was done well, and so was Ravana, with large open eyes. The monkeys were portrayed well, particularly Hanuman, where you get an insight into the character, which is humorous and yet devoted. 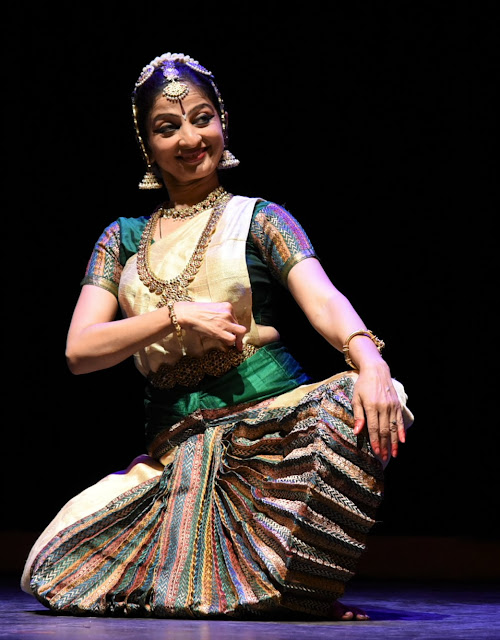 Mamatha, in her gentle style, explained, “My main purpose was to highlight certain aspects of Rama through a contrast with other characters, like Manthara, Guha, Bharat and Surpanakha, to emphasize his virtues and devotion to dharma. Hanuman is a colloquial person, and I have to reach out to the audience. He writes the name of Rama on each rock and he burns down Lanka, and I have put in as much of the story as I could into these episodes. As per my knowledge, Sita never looked into the face of another man. So she does not look at Ravana, and I have portrayed it that way. Lakshman identifies her by her toerings, and when he leaves her inside the Lakshman rekha, he bows down to her feet. My style is Vazhuvoor, where there is more stiffness in the nritta, but the abhinaya is more graceful. The style is a combination of both nritta and abhinaya. Nagaratna from Bangalore composed the thillana and I thought it would be an appropriate piece to conclude with.” 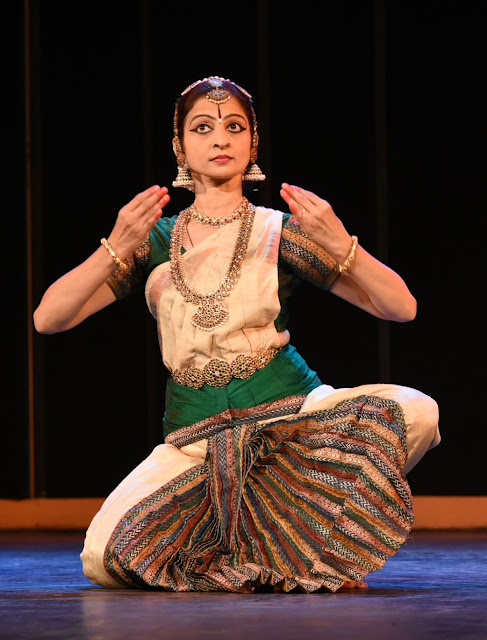