The Aditi Mangaldas Dance Company – The Drishtikon Dance Foundation has been holding baithaks at their studio in Delhi to give an opportunity to young dancers and musicians to present their work in an intimate, informal atmosphere. On the 11th of August, one such baithak was held at their studio, where Astad Deboo was honored for winning the Yagnaraman Living Legend Award for 2018 at the Sri Krishna Gana Sabha Festival earlier this year. The baithak that evening was dedicated to the memory of Praveen Gangani, who passed away suddenly, leaving the entire dance community in shock. After everyone took a few moments to remember the artist, the youngest performer in the baithaks so far took the stage, followed by two of their repertory dancers. 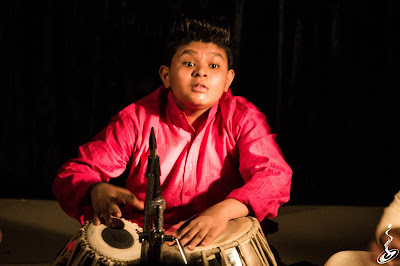 Nishit Gangani is from a family of famous Indian classical dancers and musicians. He belongs to the Jaipur gharana and is the grandson of legendary Kathak guru Pt. Shri Kundan Lal Gangani, and the son of percussionist Shri Yogesh Gangani. He is training under the guidance and mentoring of renowned tabla player Pt. Shri Fateh Singh Gangani. He is merely 15 years old, but talent knows no age. 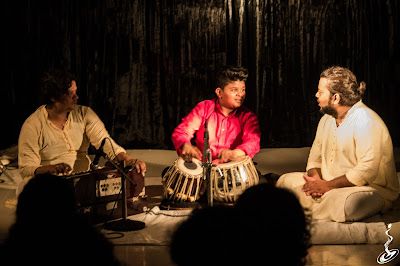 For the evening, he presented teen taal infused with kaydas in vilambit laya, bandish and gat in drut laya. He played the kayde of famous tabla players like Pt. Fateh Singh Gangani, Feroz Khan sa’ab, Pt. Shri Kundan Lal Gangani, Ustad Zakir Hussain and so on. At such a young age, Nishit shows immense confidence in his tabla playing, and his expertise comes across forcefully. The pace and command he displayed over his craft was amazing. Really, a master in the making. He was accompanied by Faraz Ahmed on the harmonium and his uncle, Mohit Gangani, on taal. Aditi gave a special mention to her association with the Gangani family and praised him effusively. 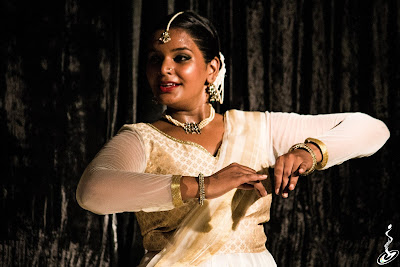 Anjana Singh joined Drishtikon in 2015  She started her training in Kathak under Dheerendra Tiwari at a very young age. She has a post-graduate diploma from Kathak Kendra, where she has trained under Pt. Rajendra Gangani. She also holds the Kathak Praveen from Prayag Sangeet Samiti. 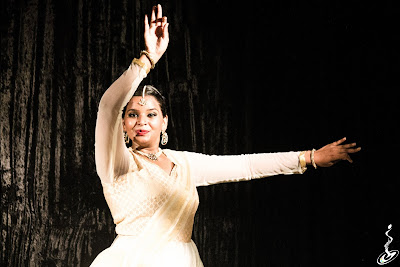 That evening, she performed Drops, a self-choreographed Kathak solo. The piece started with an aalap by Faraz Ahmed, and Anjana proceeded with thaat, aamad, tez aamad, tukde aur tihai, concluding with baat-cheet. The dancer has impressive stamina, pace, grace and technique. The presentation was in taal Ardha Chandra and concluded in drut laya and a bandish on the rains, ‘Badra garje megha barse’. She was accompanied by Mohit Gangani on tabla, Ashish Gangani on pakhawaj, Praveen Parihar on padhant and Faraz Ahmed on vocals.

Contemporary dance based on Kathak by Manoj Sonagra 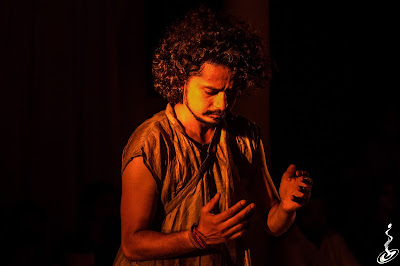 Manoj has been learning Kathak under Pt. Rajendra Gangani for the past seven years. He belongs to the Jaipur gharana of dance and music. He joined Drishtikon in 2015. Manoj executed the contemporary choreography with a lot of shaking, trembling movements, bending over, stepping and thumping of feet. The Kathak movements had padhant with tabla, bols and footwork. Finally, writhing on the floor, Manoj left a wave-like mark with a pen on the length of the floor. The movements showed pain, anguish and existential angst.
‘Should I or should I not? Should I cross over the line?
Or should I stay within the circle?’ 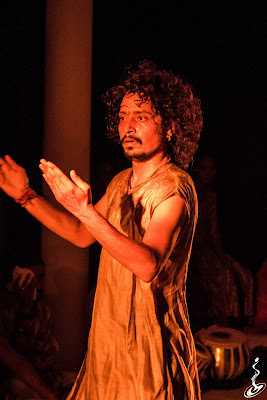 The mentor for the piece was Aditi Mangaldas. Choreography was by Gaurav Bhatti and Manoj Sonagra. Tabla was by Mohit Gangani, harmonium by Faraz Ahmed, and pakhawaj by Ashish Gangani. Like his mentor, Manoj has also attempted to break the barrier between Kathak and contemporary, and Aditi commented that Manoj makes a lot of effort to cross over from one to the other.