I have written about Usha RK's Vitthala Venkata Kshetre held in Delhi. After Dakshina's presentation of Venkata kshetre Tirupati, the next kshetre for the evening was Pandharpur Vitthala. Pandharpur is a holy place in Maharashtra and is also known as South Kashi. It has the Lord Vitthala temple on the banks of the river Bhima or Chandrabhaga. The dancer depicting it was Arundhati Patwardhan, the daughter and disciple of renowned Bharatnatyam guru Dr. Sucheta Chapekar. Arundhati is a well-known exponent of the dance and a teacher herself.


The entire piece she performed was like an emotional exchange between the bhakta and his Lord. Arundhati’s abhinaya was totally engrossing as she portrayed a bhakta yearning for his Lord. Krishna, in his leelas, has always appointed himself the servant to his devotees — ‘main to hoon bhaktan ko das, bhagat mere mukut mani.’ Arudhati wore a Maharashtrian saree for aharyam, simple, minimalistic jewellery, and a vaishnav tilak on her forehead. The bani or style of her dancing is called nrityaganga, combining Hindustani music with Bharatnatyam, developed by her mother Dr. Chapekar. 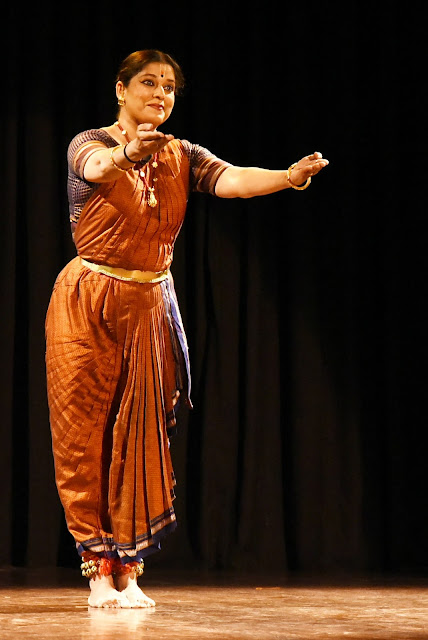 Pundalik was a devotee of the lord. And yet, he was also immersed in the care of his parents. Krishna and Rukmini left their abode in Vaikunth for the ashram of Pundalik to see him and his matri-pitri bhakti. And so, when the lord knocks, Pundalik is busy serving his parents. The lord waits outside his door, and when it starts raining, Pundalik throws a brick outside for the visitor to stand on so that his feet do not get wet. The lord stood on the vitt or brick and waited for him to finish. When he realises who his visitor was, Pundalik later asks his pardon, but the lord blesses him and stays on the earth as Vithoba. 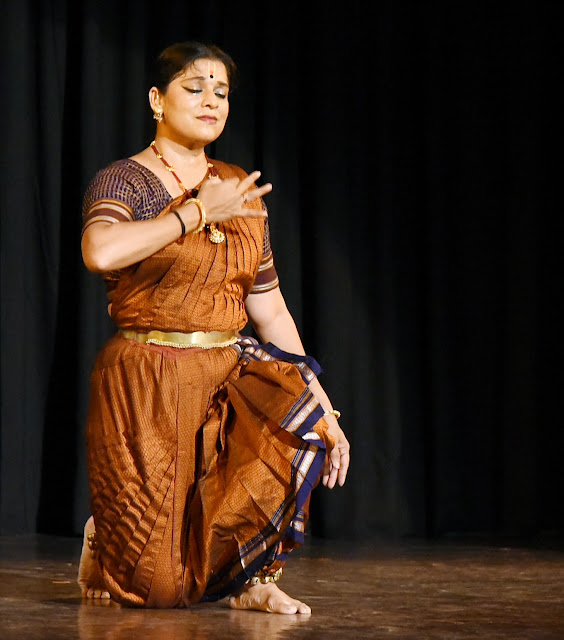 The idol in Pandharpur is a dark youth standing on a brick or a vitt, with his consort Rakhumai by his side. Arundhati meticulously enacted the entire episode with a lot of expressions and sensitivity in her abhinaya, with a few interludes of nritta. 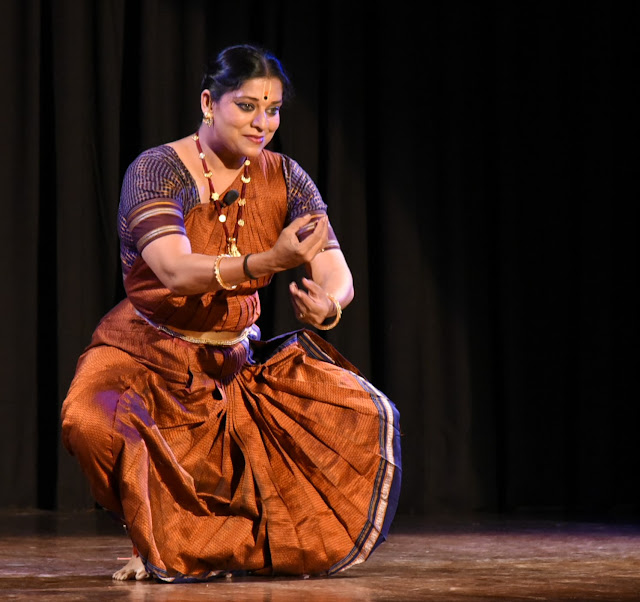 The Pandharpur temple is the abode of Vitthala. He is the ishta for the Varkari sampradaya in Maharashtra. The word ‘vari’ means ‘a journey’, and it is a quest to reach the Almighty. Arundhati chose to express this quest through the ovis and abhangs of Saint Tukaram. The devotee travels from self-surrender to self-realisation. The emotions that Arundhati portrayed on this journey were the initial yearning, pining and pleading to the lord with humility, and when there is no response, frustration and anger. The bhakta wants to see the lord in his physical form and longs for a union. But finally, when he is totally devastated and surrenders, he realises and experiences the Almighty in everything around him, and within himself, which is the destiny of this journey. Addressing the lord as ‘kripasagar panduranga’, Arundhati danced to a sankirtan. She offers flowers, a garland of tulsi and praises the lord as the one who wears a pitambar, makakriti kundal, and kaustubh mani. The bhakta opens the doors of the sanctum, gives the lord snan seva and pooja, applies chandan, offers a flower garland, and sits for naam jaap. His pleading heart asks the lord, ‘Kaise pooja karoon, kaise pave tumhe?’ All the methods have been tried — dhyaan, gyaan, bhakti, yog. Their love is like that of the chandra and chakor. The chakor keeps gazing at the chandrama, like a woman waiting for her husband. She has no other wish, no hunger, only ‘bheti lagi aas’. And gradually, as the wait comes to nothing, in viraha, like a lover in anguish, the bhakta taunts, ‘Tujha darshan mangati’. The bhakta, in a moment of epiphany, finally sees the Lord Panduranga Hari in his chaturbhuj roop. The entire performance had abhinaya so charged with the emotions of love, pining and anguish that they were transmitted to the audience. 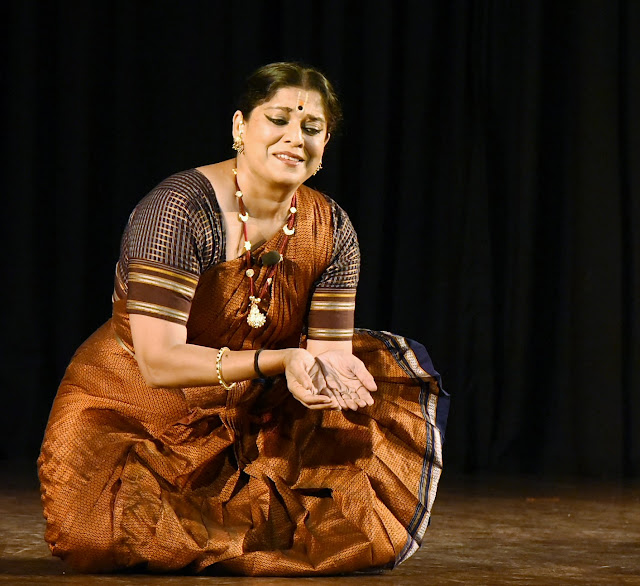 Later, speaking to me about the piece, Arundhati said, “Panduranga worship is very philosophical. The Varkari sampradaya parampara starts with Sant Gyaneshwar, and Tukaram is very important. I find Tukaram interesting because of the variety of emotions in his poetry. I started with Panduranga, how he looks, how he stands, and then a little bit about his beauty, and the story of his standing on the vitt or the brick. Initially, Tukaram is fascinated by the beauty of the lord and feels possessive about him. ‘Why are you not giving me darshan, he asks. I worship you everyday, going through all the rituals in a mundane way. Why do you not give me darshan? I want to feel you,’ he fights, saying, ‘Who are you? You are there because of your bhaktas.’ But jab prakash aata hai toh andhera jaata hai. And finally, after all this frenzy and complaining, he sees the Lord in himself. And then he says, I did all this for this very realisation. The idol of Lord Vitthala is in black stone, and when you leave the world outside the sanctum and look at the black idol, you can see the white glow behind him for that one moment that you look at him with all the intensity you can muster. It was Tukaram who could understand what Vitthala is all about. So many Varkaris travel for 8-10 days to get a glimpse of the lord. Pandharpur does not have a temple architecture. It is a late medieval temple. The mahima of this kshetra is that Vitthala is a common people’s god. That is the interpretation of Tukaram’s abhanga. The god came for a layman who was busy in the seva of his parents, and took that form. So this god is very accessible and has come for the common people. That is what I tried to project.”