Sandhya Raman, the Delhi-based designer of costumes for many dancers, has made her studio a different kind of space for performers, who usually perform a different kind of content there. The colours of the stacked bales of cloth on the racks provide a rainbow setting and the low, informal seating provides an up-close experience, a clear view of each expression and movement. I had put up an interview with Swarnamalya Ganesh about this performance, but I thought a report would fully convey the flavour of this amazing and, at times, funny concept for a dance performance in Sadir, a most interesting form of Bharatnatyam. She had a wonderful team of accompaniments with her, her Madras Sadir ‘Kombanie’ – Sangeetha on vocals, Subhalakshmi on nattuvangam, K. Parthasarathy on mridangam and Manish on harmonium. Sangeetha had a very melodious voice and skilfully rendered the unusual music in the Carnatic style, which really added to the liveliness of the performance.


Swarnamalya has been learning Bharatnatyam since she was a child, first from K.J. Sarasa, and then from B. Seetharama Sharma of Kalakshetra. She has been researching the history of Bharatnatyam for several years as well, and has a Master’s in Bharatnatyam and a PhD in dance history from Madras University. She has been performing the repertoire she has uncovered as a result of her research along with her Madras Sadir Company.


‘Where stories take form’, the name of the presentation, has as its context the British Raj in India during the 18th and 19th centuries. The place in focus is the Madras Presidency. These stories are real – they have a history, things to learn from, a give and take of knowledge. They have a historical and sociological connection. Swarnamalya began her performance by a sort of dedication to the safety of the girl child – the laws should be stricter and society more vigilant, she said. The call for an end to this should be stronger. 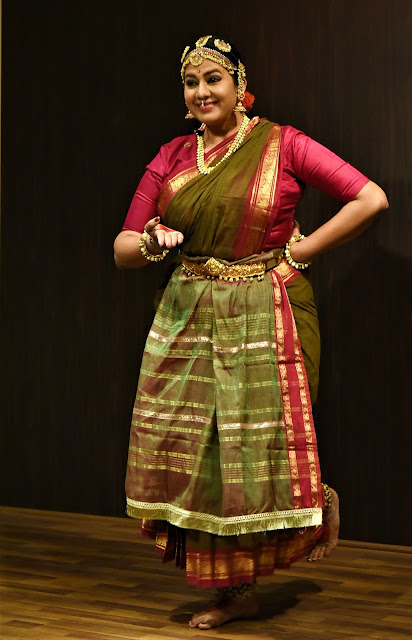 The very remarkable aspect of this performance was the dancer’s change of attitude, demeanour, her speech, accent and body language, which Swarnamalya carried off very well. She enters as the dancer, slightly coy and tentative, becoming the dubhash or ‘tubash’, as pronounced by the British (called so since he can speak two languages), with his sycophancy, and then the British official with his snobbish attitude. The setting for this piece was the Luz House in Mylapore. The composition sung was a Thyagaraja kriti, ‘Mamava Raghurama Markat Mani Shyama’. It started with an aalap in Saranga and was very well sung by Sangeetha. 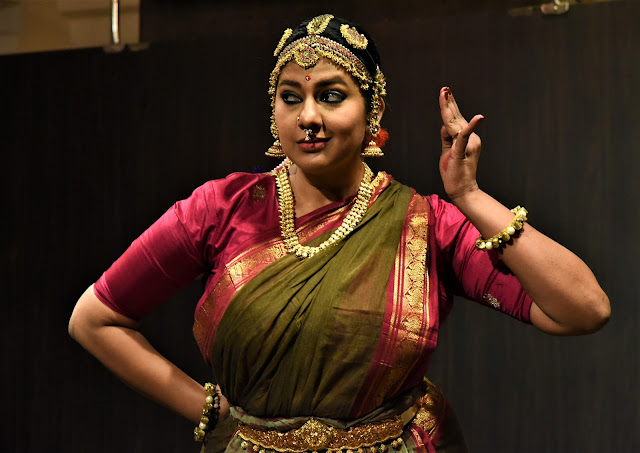 The next devadasi in the scene is Manga from Thanjavur, who is very famous. It’s 1727, and Major John rode on horseback into the opulent gardens of dubhash Srirangaraja. He was accompanied by kettle drums, trumpets and other musicians. As he is welcomed to these ‘humble’ gardens, a dance ‘kutcheri’ is arranged in his honour. Manga performs a beautiful varnam in praise of Lord Brihadeeshwara, the music for which had been done by the Thanjavur quartet. The devotee asks for a reunion with the lord. Again, the varnam starts with a melodious aalap. Swarnamalya was perfect in her technique, with the jatis and footwork and her very expressive abhinaya. 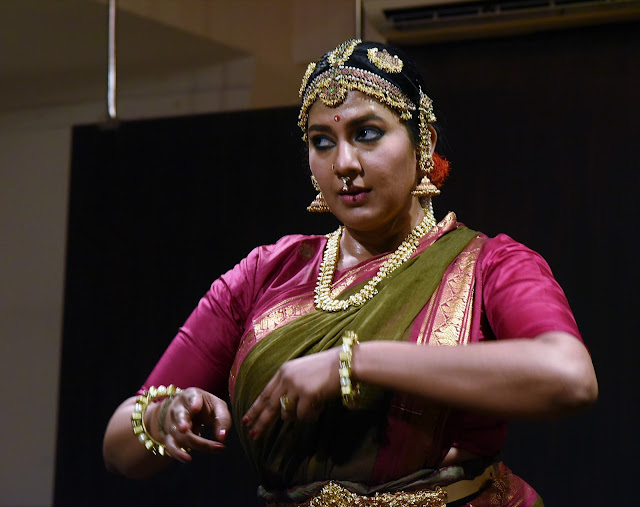 As the performance proceeded, the compositions became more unusual and different from the usual Bharatnayam recitals. This time, the act was of Salem Meenakshi, who is a devadasi and a musician who now lives in Georgetown. Meenakshi has learnt many padams and javalis. Here, she is the thorough professional dancer who is very particular about how she is paid for her services. “Don’t expect me to forget the money, you scheming one. I can find a dozen men better than you. You utter the next word only after you place the money, honey,” Swarnamalya narrated, introducing the piece. Here, the dancer’s attitude, her dance and the forthright mannerisms display no politeness. She unabashedly picks up the money and walks off. There was insistence, humour and sarcasm in the abhinaya. 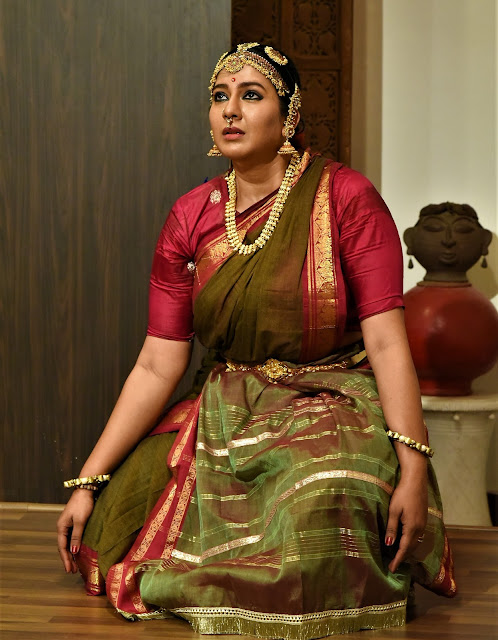 In the next piece, the British governor is congratulating the dubhash for the erection of a temple in the flower bazaar. The dubhash, in order to please him, has an evening of poetry planned for him. But the governor is not sure if he will be able to understand the local language, in which the poets will present their work. However, the dubhash assures him that he will, since Sivaramaiah of Karur has composed a javali  in English, ‘Oh my lovely lalana’. Swarnamalya enacted with her vibrant skill in abhinaya, dusting a seat for the nayak, offering him flowers and fruits. “Please sit on my lap,” she pleads. She shyly kisses him and bolts the door. The English lyrics and the humourous abhinaya provided great novelty to the spectators.

The next composition had another insight to offer. Dancers, even at that time, could be found dancing to thumri, ghazal and Sufi poetry in Urdu too, pointing to the rich diversity among dancers and the varied religious and secular influences Sadir imbibed. Nazira Banu lived in Kanchanawada in Triplicane. The poetry described God as being beyond human perception – ‘Dil me dildar nihata, mujhe maalom na tha’. They are employed in the court of Sadatullah Khan. As opposed to the playfulness of the previous pieces, Swarnamalya’s abhinaya in this was restrained, soulful and evocative, showing her mastery over her craft. 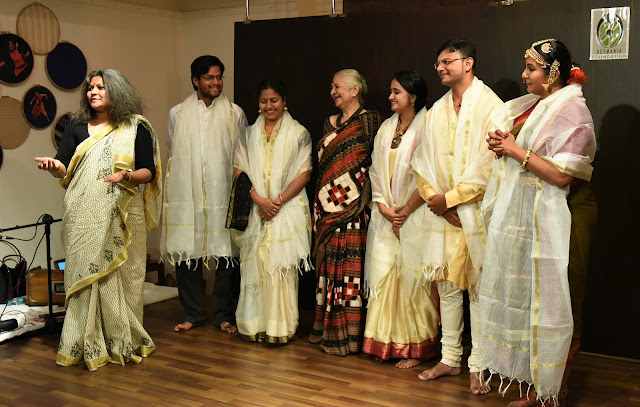 Upon the coronation of King George the fifth and Queen Mary in 1911, in Chennai, a ‘Georginama’ was written for them. A sabha announced a competition for poets, inviting compositions in praise of the King, which carried a 12 paisa prize. Pilli Narasimha Rao, on this occasion, wrote the British anthem in Sanskrit! There was a Georgedevashatakam, 100 verses in praise of King George. All these details were fascinating, and the compositions elicited laughs because of how different they sounded. The anglicized dance for this piece was like a parade or a salute, ending with a vijayi bhavaha. Here, it shows that language was not a barrier at that time. So here, we had God Save The King in the Sadir repertoire. The audience was in splits.