I had read about this exhibition in the papers, and what I read made me very keen to go see it. Not only did it seem like an interesting and very different collection, but it was also the collection of a very famous artist, Jatin Das. He is a very well-known painter and sculptor who has been working for over 50 years, and has held over 68 one-man exhibitions (source: https://en.wikipedia.org/wiki/Jatin_Das_(painter). 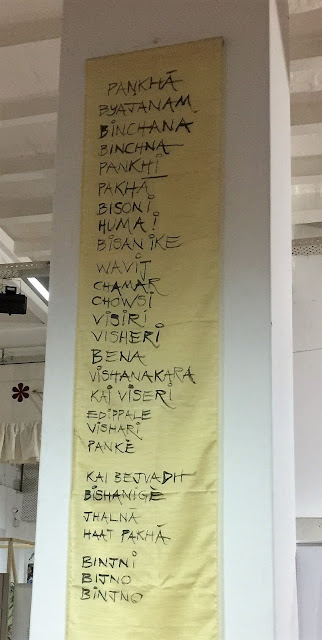 .
‘Pankha’ for us now is a very regular thing – the three-blade fan on the ceiling or on a pedestal which circulates air to cool us for eight-nine months a year. But we, as kids, have very different memories of the pankha. It was woven out of cane and was used for fanning during frequent load shedding. It was a part of the donations that were given out during the ekadashi in the summer. I have a very clear memory of the fans in the temples in Vrindavan – these huge frilly cloth fans attached to the ceiling, which were pulled by strings to offer pankha sewa to the lord. But these have become redundant in this age of inverters and 24x7 electricity in the cities. Yet, there is great beauty in holding a fan in a manicured hand and fanning oneself delicately. 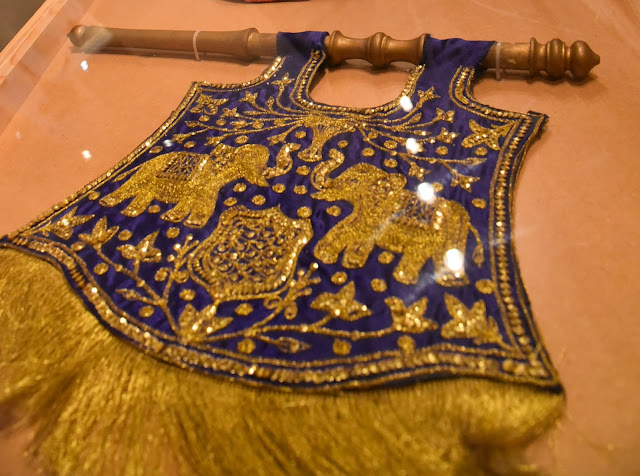 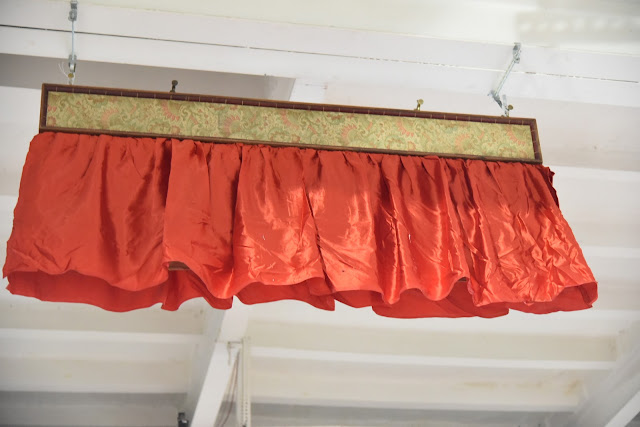 The collection I saw at the IGNCA in Delhi featured fans from all over the world – delicate and exquisite Japanese folding fans, plus many other elaborately decorated folding and hand fans from China and other parts of Asia. There were also many varieties of hand-held, string-pulled and other kinds of large and small fans from all across India – from plain leaf fans to ornate and gold and silver affairs, richly embroidered ones to humble cane and palm specimens. The sheer variety of ways in which a fan could be built, used and decorated was astounding. We all came away with nostalgia for the simple cane and palm fans we used till just a decade ago, when electricity would fail us. 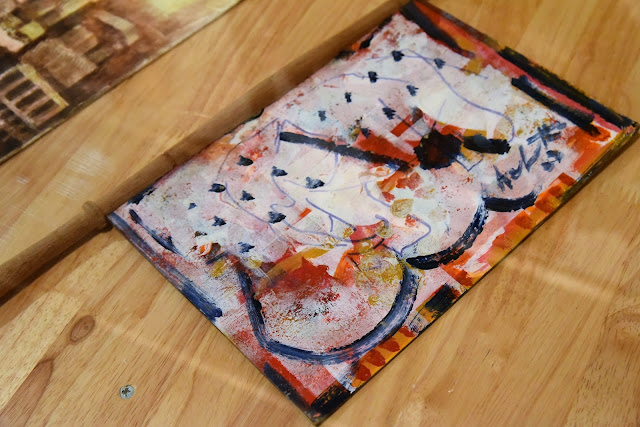 I was also lucky to run into Jatin Das, and spoke to him briefly about his labour of love:

Q: How were you inspired to so meticulously put together a collection of this scale?
A: I am a painter, an artist, so everything inspires me. Someone gifted me an antique fan 40 years ago and I thought I would go on (collecting).

Q: How long it has taken you?
A: It has taken me 40 years to do this, and even now, only 20% is on display – the remaining 80% is still in trunks and I will donate it to the National Museum (the collection note on http://www.jdcentreofart.org/pankha.asp says that the collection includes over 5,000 fans and related artefacts, the majority from India, South East Asia and the Far East and some from Africa, Europe and South America).

Q: Have you travelled all over the world to put this collection together?
A: Wherever I travel, I make a collection. Some of these fans were gifted, and some were bought by me.

Q: How did you find the experience of travelling to rural areas and talking to the artists?
A: They are craftsmen, they are lovely people and quite gentle. These fans are from the private collections of some of them and I have deprived them of it.

Q: How much travelling to rural and remote areas have you done?
A: A lot. And I have not travelled just for fans. I have travelled for architecture. I have travelled to the temples and for crafts. And I have made a collection of these too. I collect a lot of things for which I am setting up an arts centre in Bhubhaneswar, the J.D. Centre of Arts. 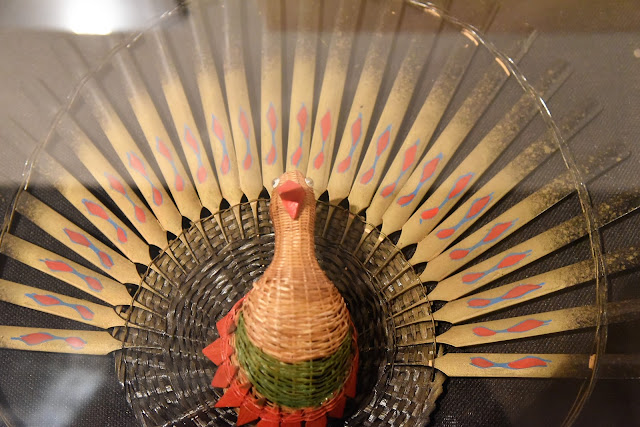 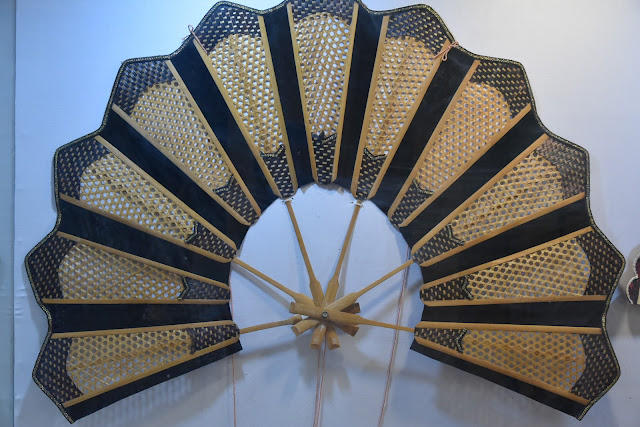 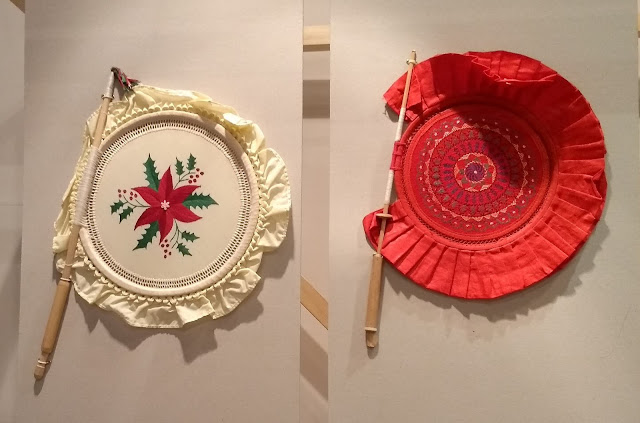 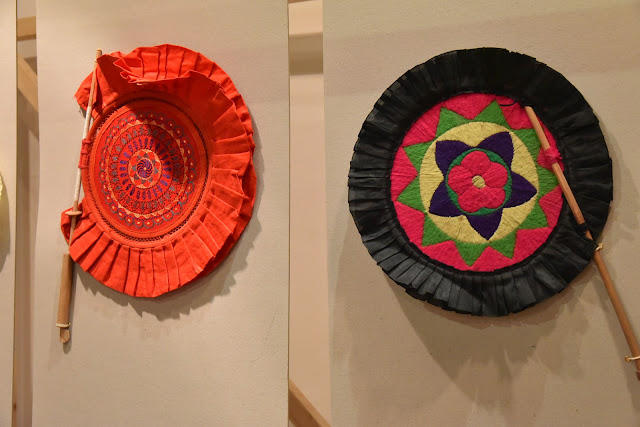 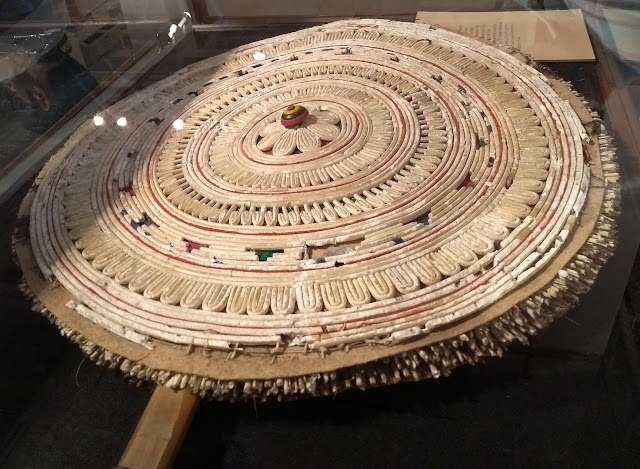 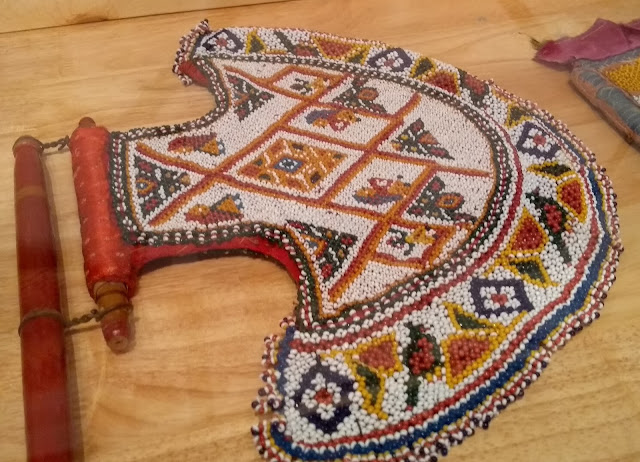 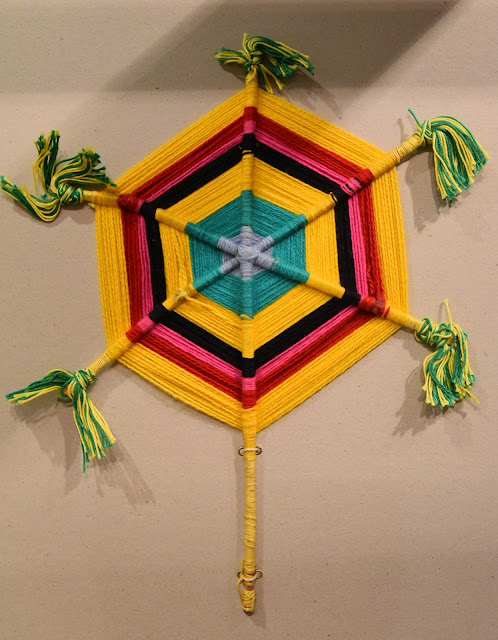 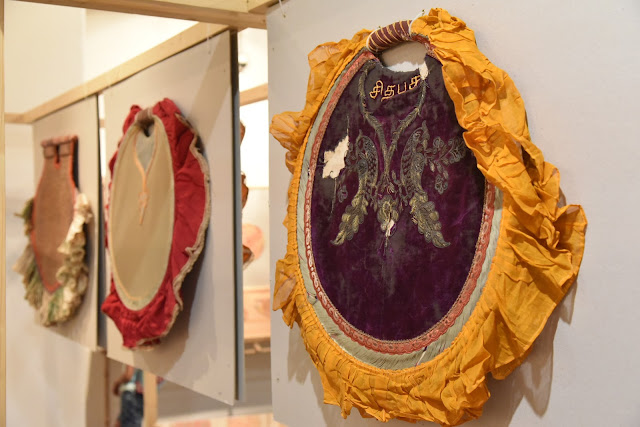 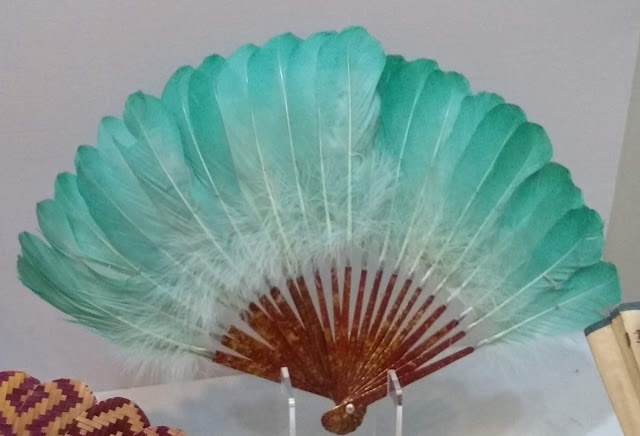 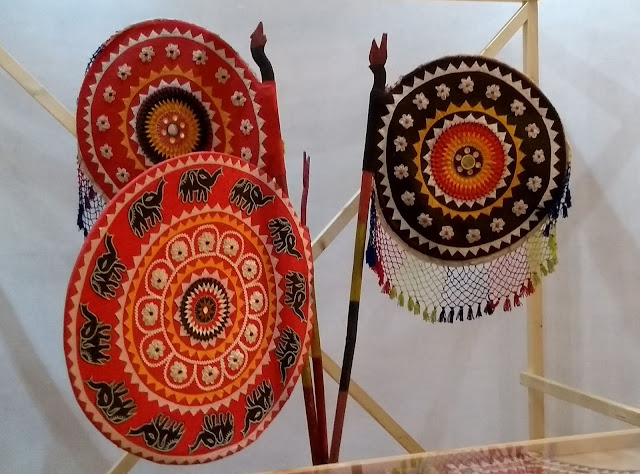 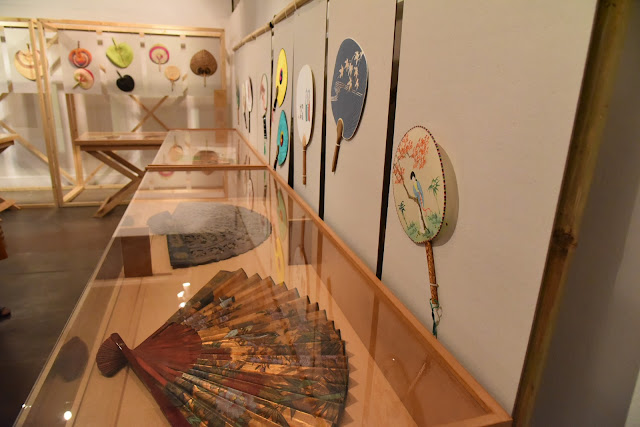 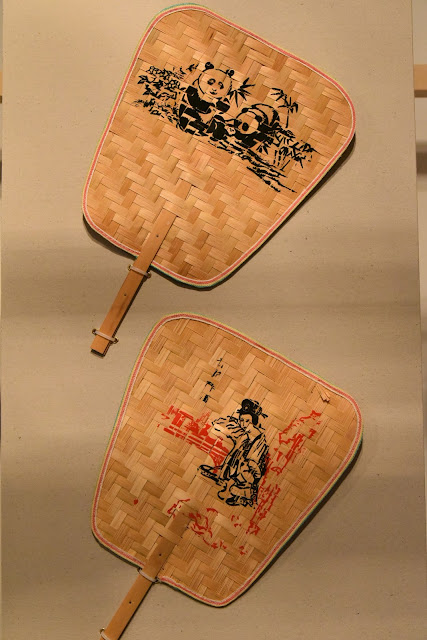 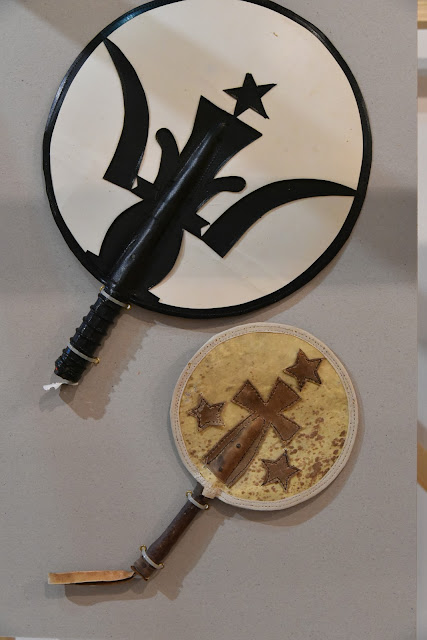 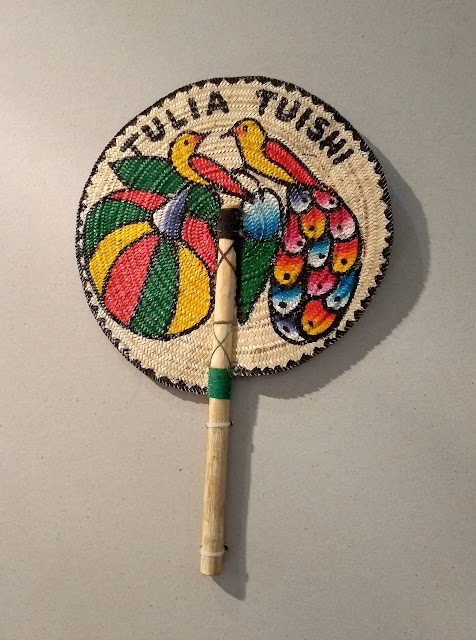 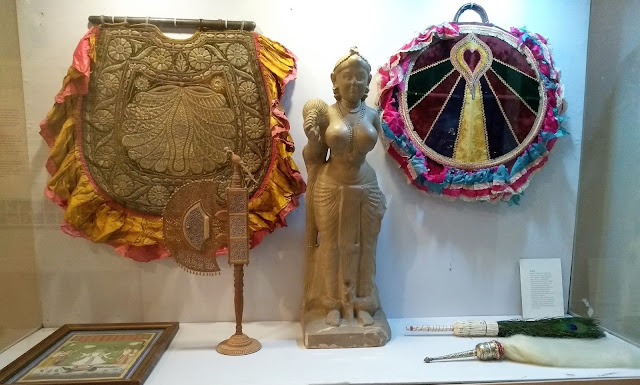 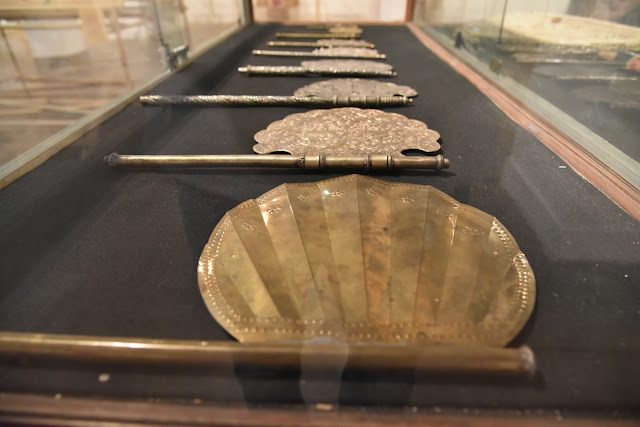