Rounds of pleasure in Kathak chakkars

‘Natya Tarangini’ was back with a new edition of the ‘Parampara’ series titled ‘Bhavayami’ – an aesthetic representation of dance, music and literature, at the Kamani auditorium on the 3rd, 4th, and 5th of September. On the 2nd day, Abhimanyu and Vidha Lal (kathak) and Ayaan Ali Khan (sarod) performed.


Vidha and Abhimanyu are the daughter-in-law and son of Guru Geetanjali Lal and have many performances and awards to their credit. Ayaan Ali Khan is the son and disciple of Shri Amjad Ali Khan. 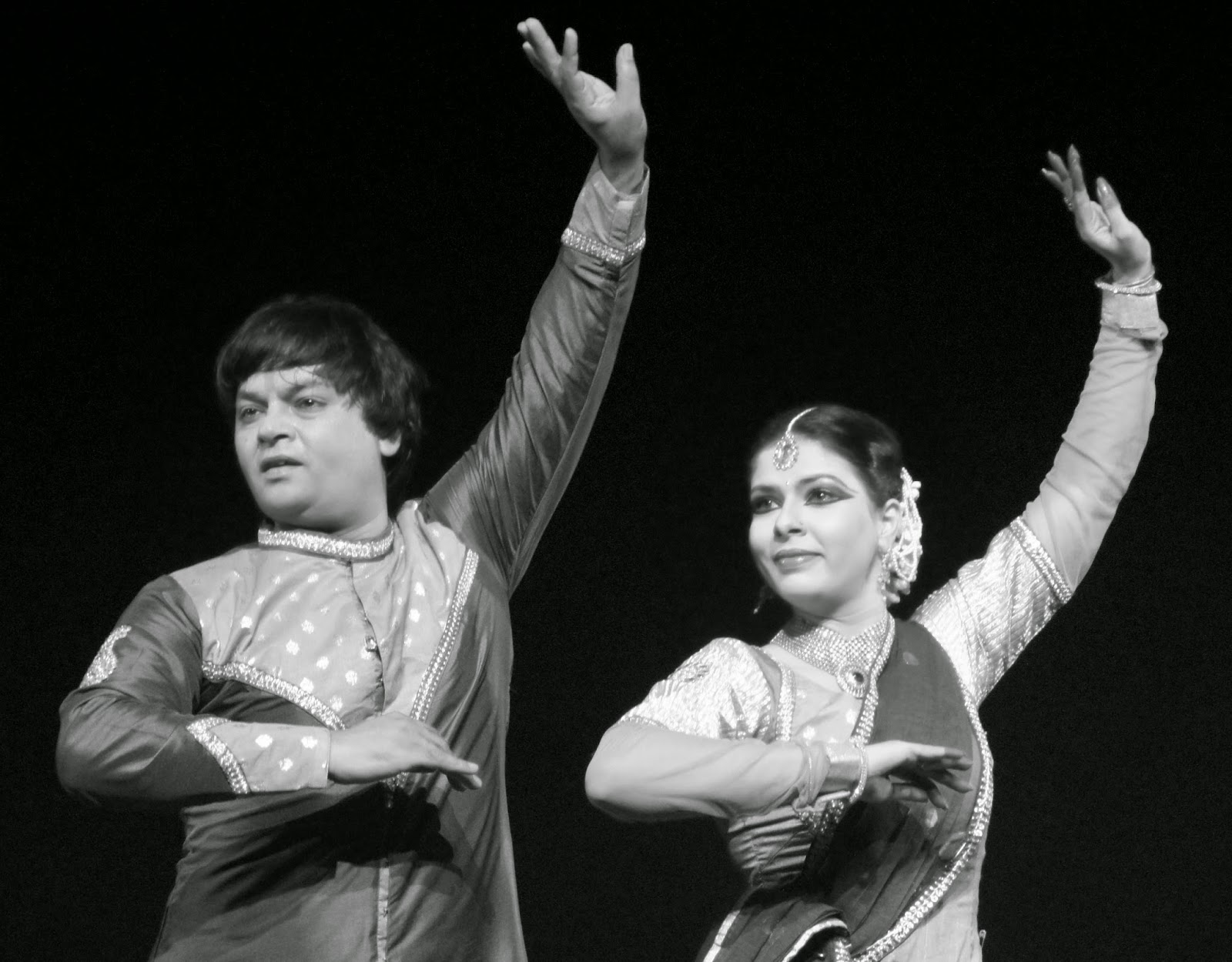 When asked about the abhinaya piece, Vidha said, “It is one of my favourites, since it was created by my Guru Maa, Geetanjali Ji. Usually we have a piece in which Radha and Krishna are shown as a romantic couple or where Radha is annoyed with Krishna. But this piece has different emotions. She sees the murli (flute) as another maiden and is jealous of it. She is prepared to do anything for Krishna except let the murli touch his lips. It is a piece close to my heart. It is a composition by Raskhan. So I wanted to do it since it is associated with the love of Radha and Krishna. And besides, it is the rainy season and the composition is based on raag Megha Malhar. The Delhi audience is exposed to many performances so it is difficult to please them. We chose the best of the repertoire of the Jaipur gharana – the paran, avroh and aaroh, which Abhimanyu did. It should be crisp and appeal to the audience and should have a crescendo. Instead of doing a jugalbandi with the tabla player, we did it with the audience to connect to them.” 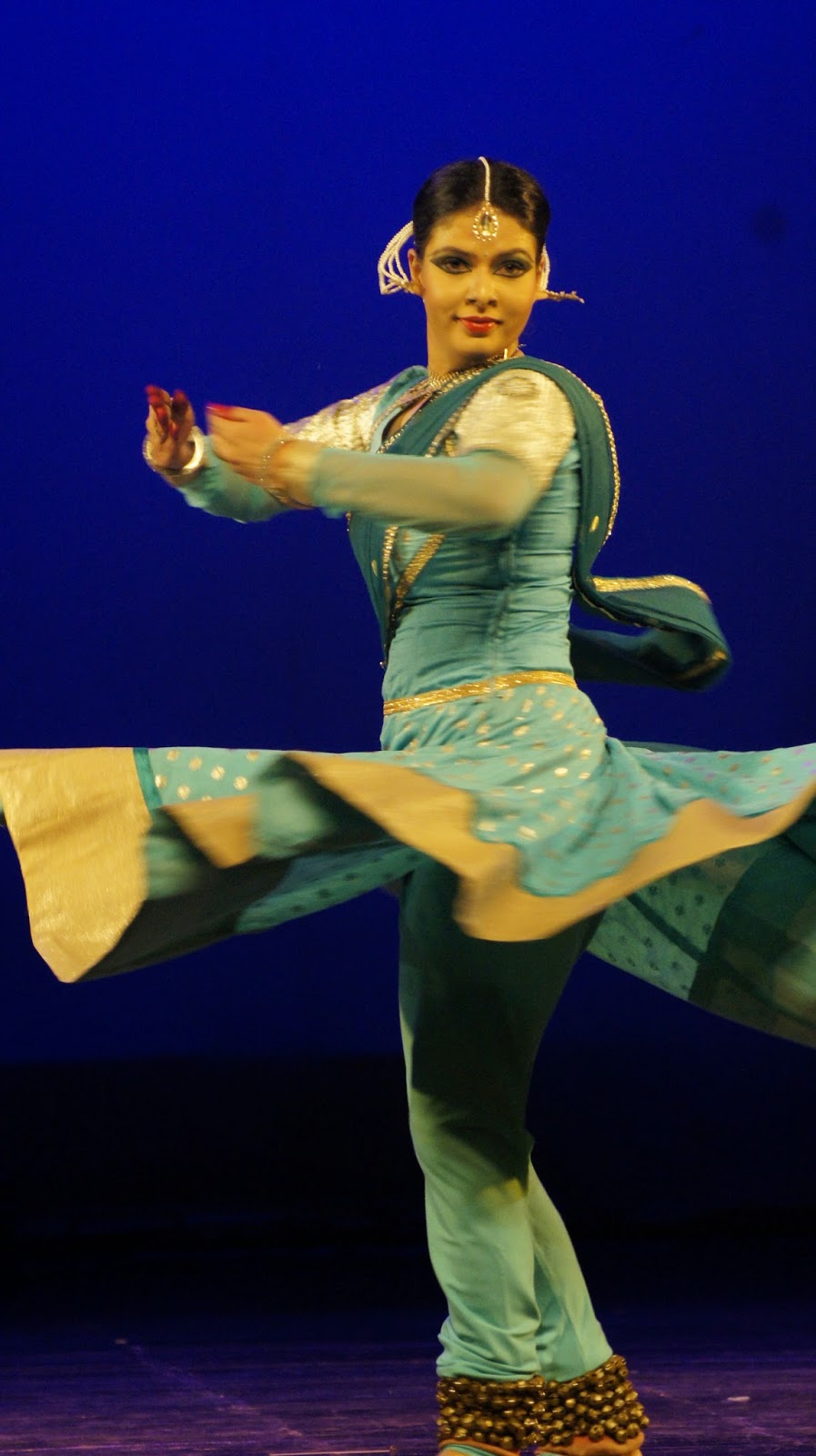 The evening began with Abhimanyu and Vidha doing a duet, ‘Hari-hara’. Hari or Krishna and Hara or Shiva worship each other. But their similarities and dissimilarities are brought out by juxtaposing their attributes. One is vanshidhara (plays a flute) and the other pinakdhara (holds a pinaak) girivar dhara and gangadhara, peetambardhara and bagamdhara, kumkumdhara and bhasmdhara, mukutdhara and jatadhara. Vidha and Abhimanyu went on to do some mesmerizing nritya while elucidating the attributes of the two Gods, and ended with a stance with Vidha holding a flute and Abhimanyu holding the agni (fire) and damru (small drum). 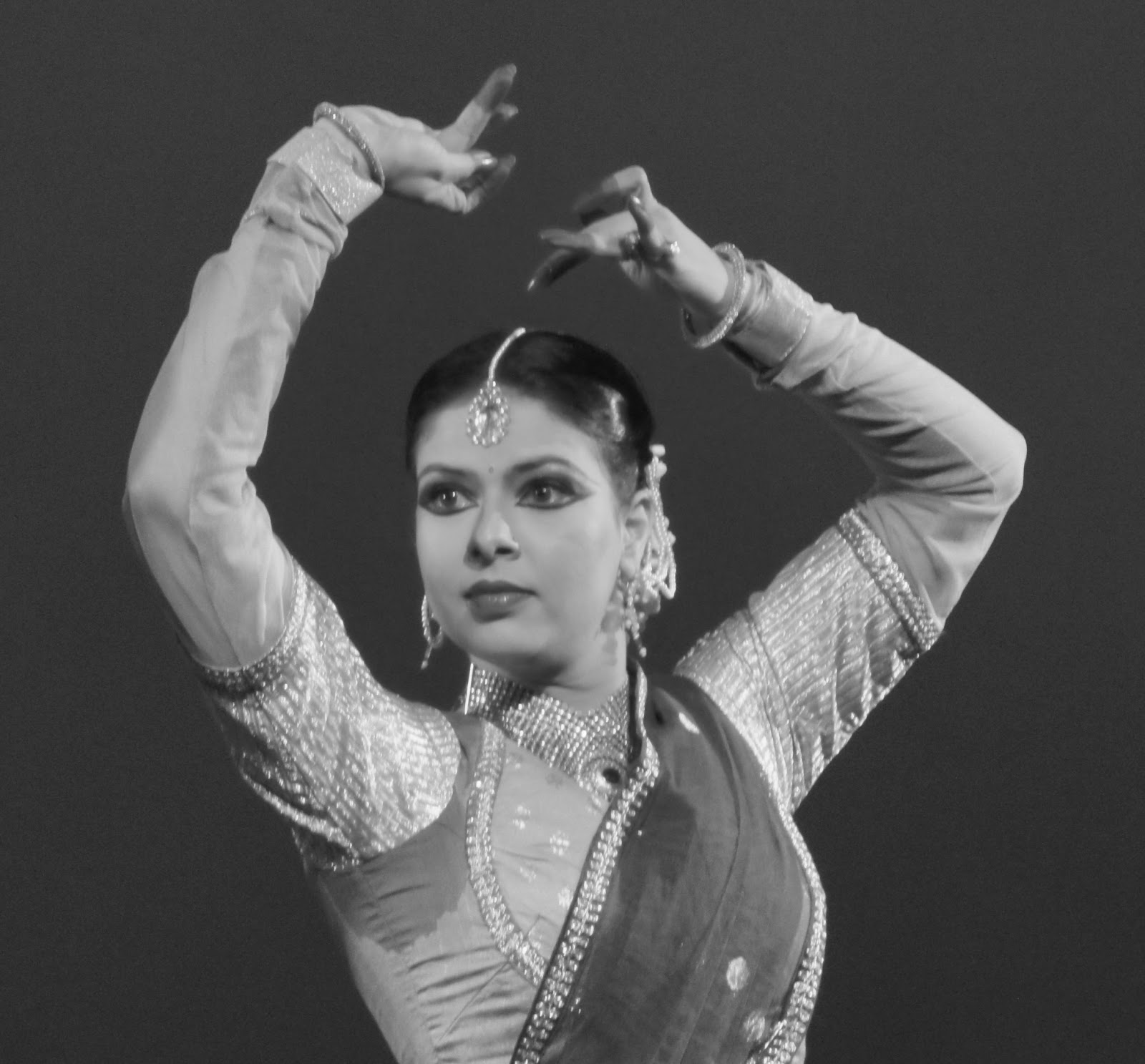 Next, they presented some nritta pieces. They presented various chalan and bandish from the Jaipur gharana, finishing with a ‘Lamchand paran’. Both excelled in their own fields - Vidha with her pace and chakkars and Abhimanyu with the exactitude of his footwork. 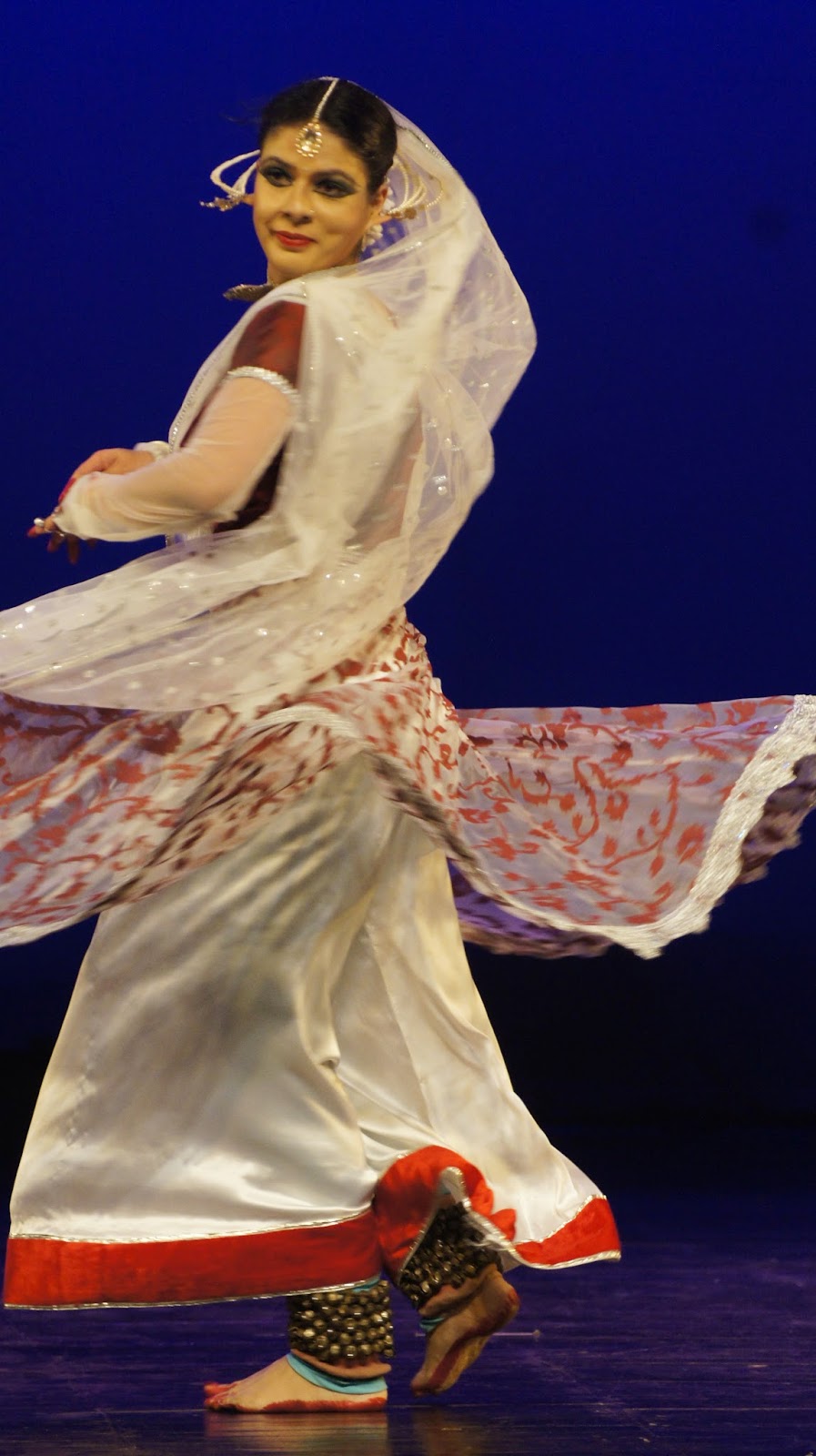 The following piece was a composition by the Bhakta-poet Raskhan in raag Megh Malhar in teen taal. Music and choreography was by Guru Geetanjali Lal. With a tree projected in the background on the screen, Vidha danced to the bhajan “mor pakha sir upar dhaarihon, gunj ki maal gale pehnoogi yeh murli murlidhar ki adharan dhri adhara na dharoongi”. The composition articulates the emotions of Radha, who is jealous of the flute on Krishna’s lips. While enacting the piece, Vidha portrayed the gopis going around their chores - cooking, drawing water from the well or fetching water from the Yamuna. They get distracted by the sound of the flute and go out to look for Krishna. Radha takes away his flute, and imitating Krishna wearing the mormukut, and wearing the garland in her neck, but not playing on the flute’ Odh peetambar le lakuti van gwalan sang phiroongi ‘. Vidha did a tukda showing Krishna stealing butter, and some awesome peacock dance in this piece. Her shoulder, neck and eye movements were all spellbinding. 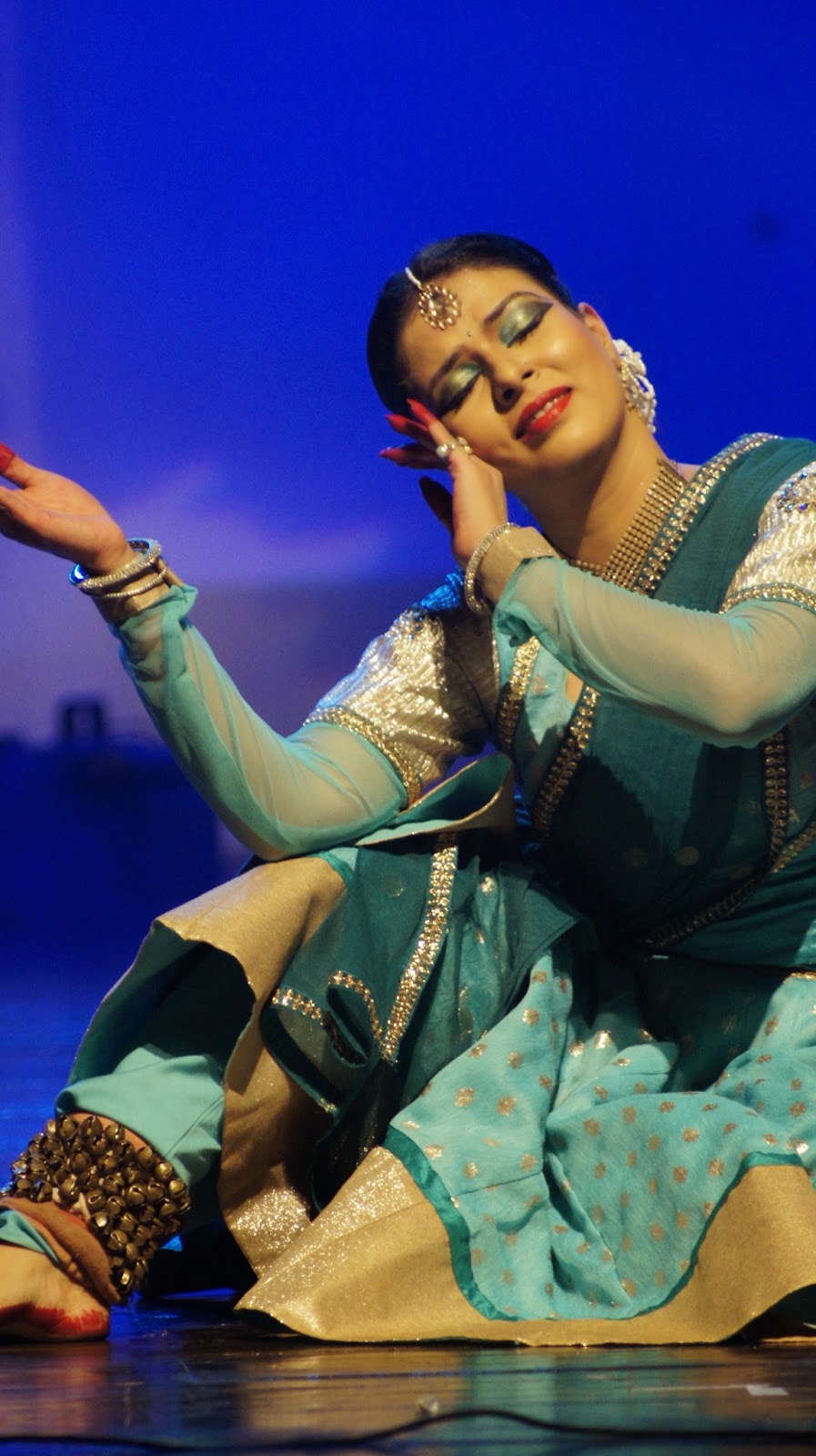 Finally, they presented some more technical pieces, which Abhimanyu described aptly as running by him and spinning by Vidha. Abhimanyu exhibited immense energy, pace and rhythm with his footwork, and Vidha with her spins. They executed clockwise and anti-clockwise spins, and then it all culminated in a jugalbandi of clapping and tapping by the audience.  Accompanying them were Aman Ali on tabla, Amjad Ali on vocals, Rishi Shankar Upadhaya on pakhawaj, Salim Kumar on sitar and Ahsan Ali on sarangi.


Ayaan played Raag Bageshwari on sarod. The melody of the composition, its ascent and descent, transports you to another world. Accompanying him were Mithilesh Kumar Jha and Anubrata Chatterjee, both on tabla.