Beauty lies in the eyes of the beholder. And what if that eye was a lens that could capture the beauty in the click of a moment? Padmashri Geeta Chandran, the famous Bharatnatyam dancer and the founder of Natya Vriksha Dance Company, has completed 40 years of dance or 40 years since her arangetram. On September 21, at the IIC, New Delhi, the curtain rose on the celebration of the event with the launch of ‘In the click of a movement’, an exhibition of iconic photographs by Rakesh Sahai.

The chief guest,Shri Ravi Shankar Prasad (union minister of communication and IT, and law and justice), inaugurated the event in the presence of an august gathering including the CM of Meghalaya, Shri Mukul Sangma, and legendary dancer Dr Yamini Krishnamurthy. The event enjoyed the support of the Ministry of Culture and Pyramid Group. 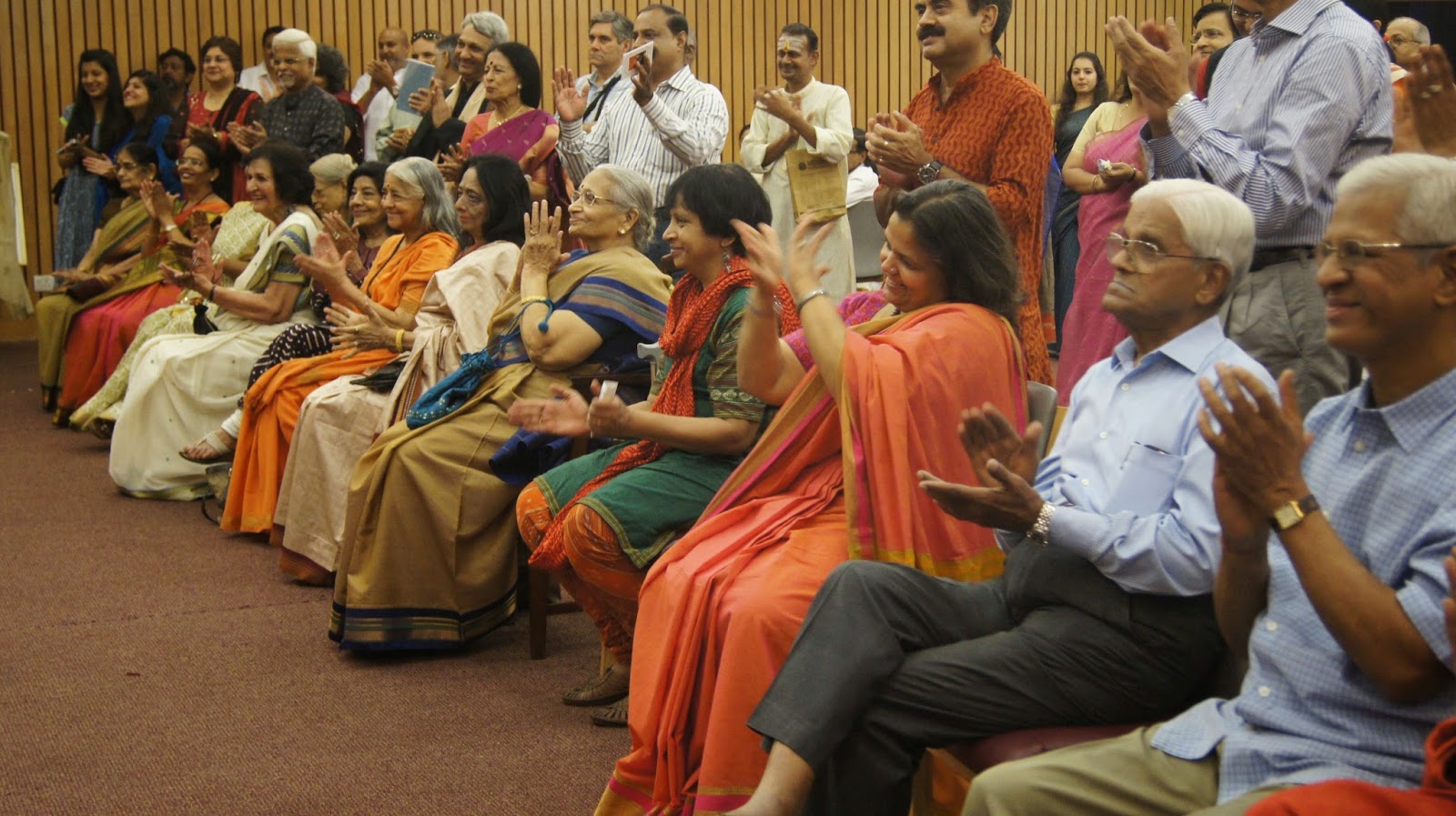 Dr Rakesh Sahai is a professional photographer of acclaim. For the past 22 years, he has been associated with Black Star, a New York-based photo agency. In recent years, he has worked with ABB (India and Zurich), Samsung, Tata Steel, and Nestle. He has travelled widely and worked with several NGOs, educational institutions, dance and theatre groups. He has done a documentary film on travel, the post-tsunami coverage of Nagapattnam and Andaman and Nicobar islands. Another aspect of Rakesh’s repertoire is his wildlife and nature compilation over the past 5 years, though he has been following Geeta on her creative journey. He laughingly said that next he would like to photograph her dancing with tigers! His images peer deep into the person and dancer that Geeta is. 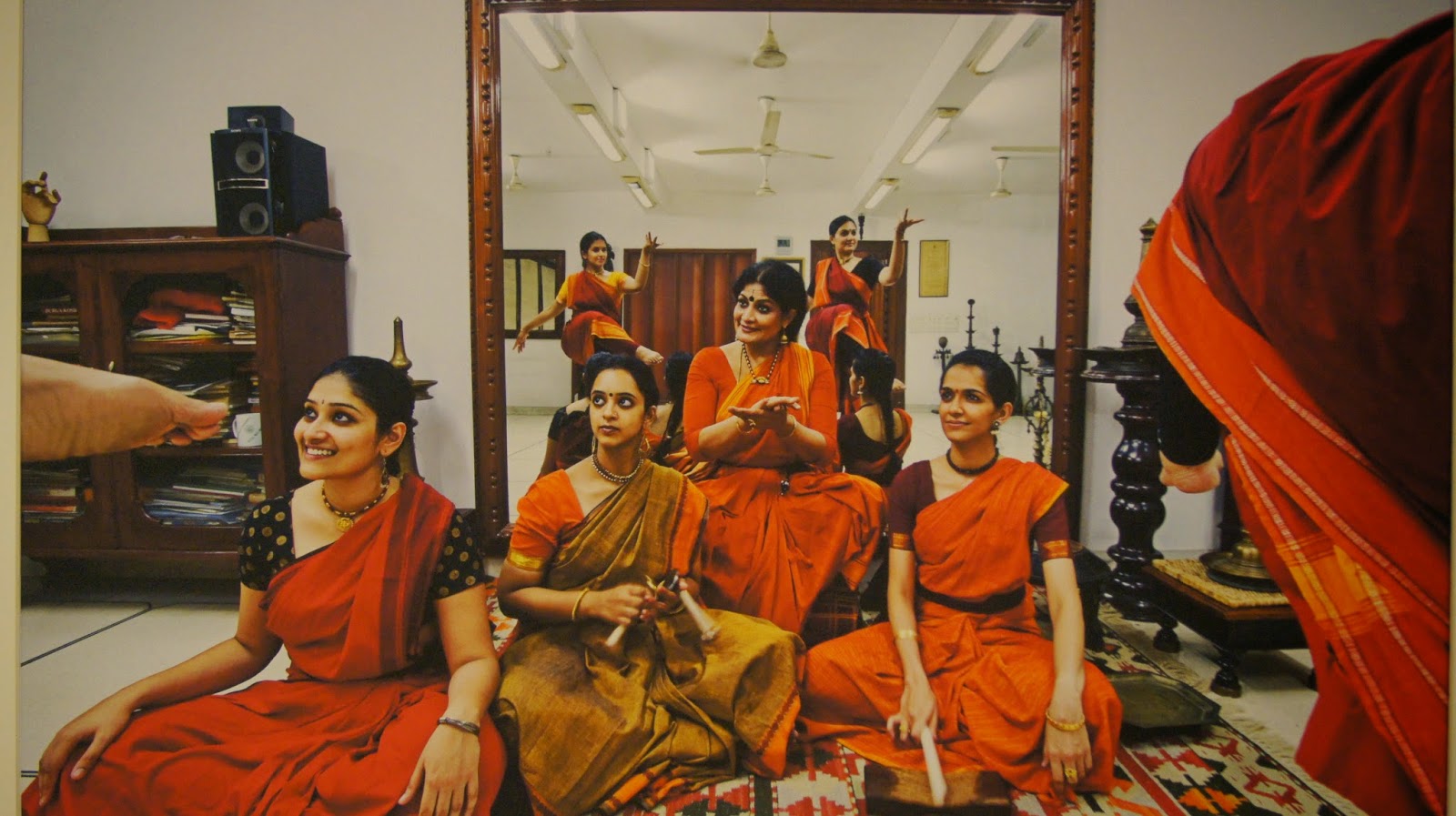 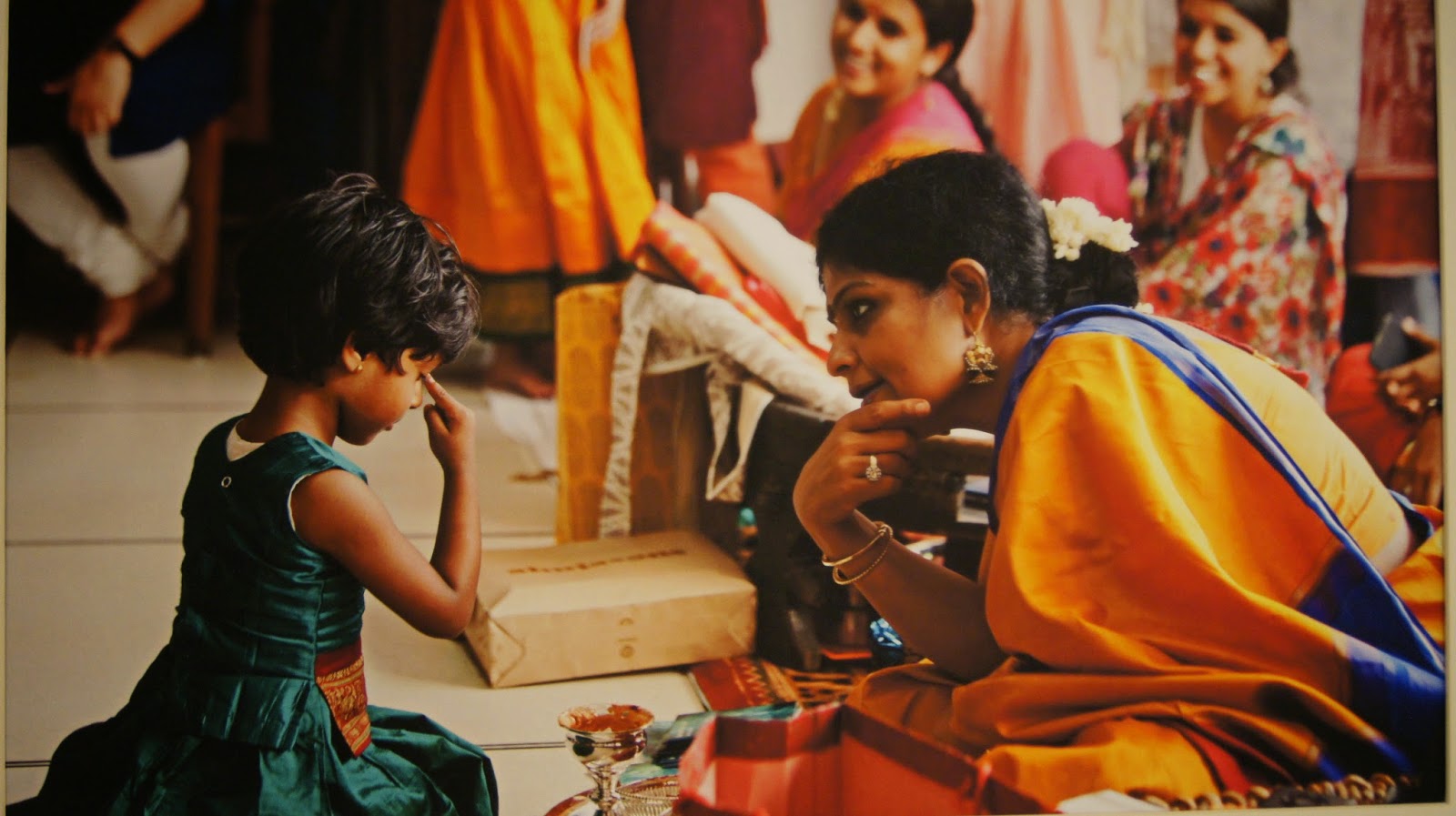 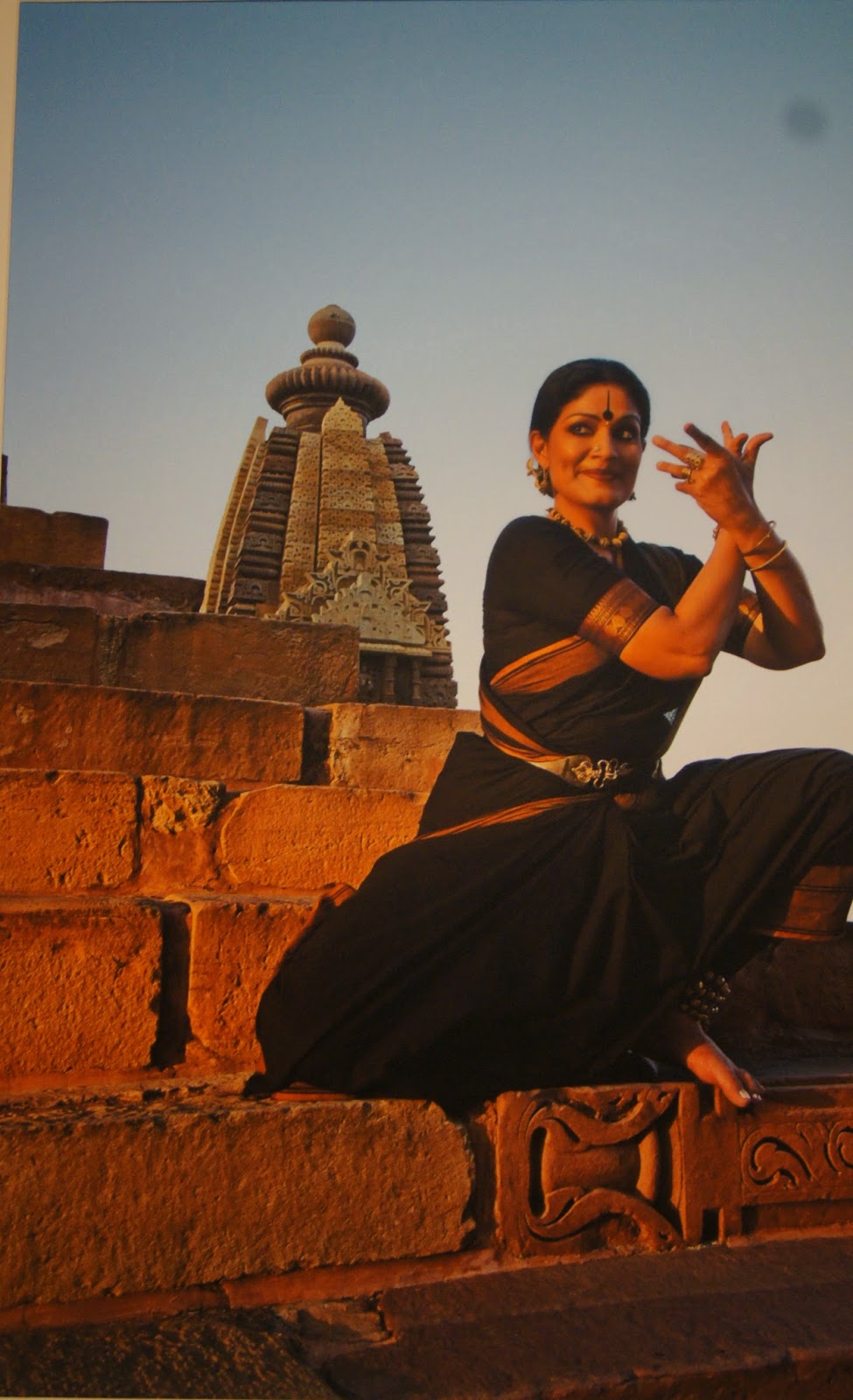 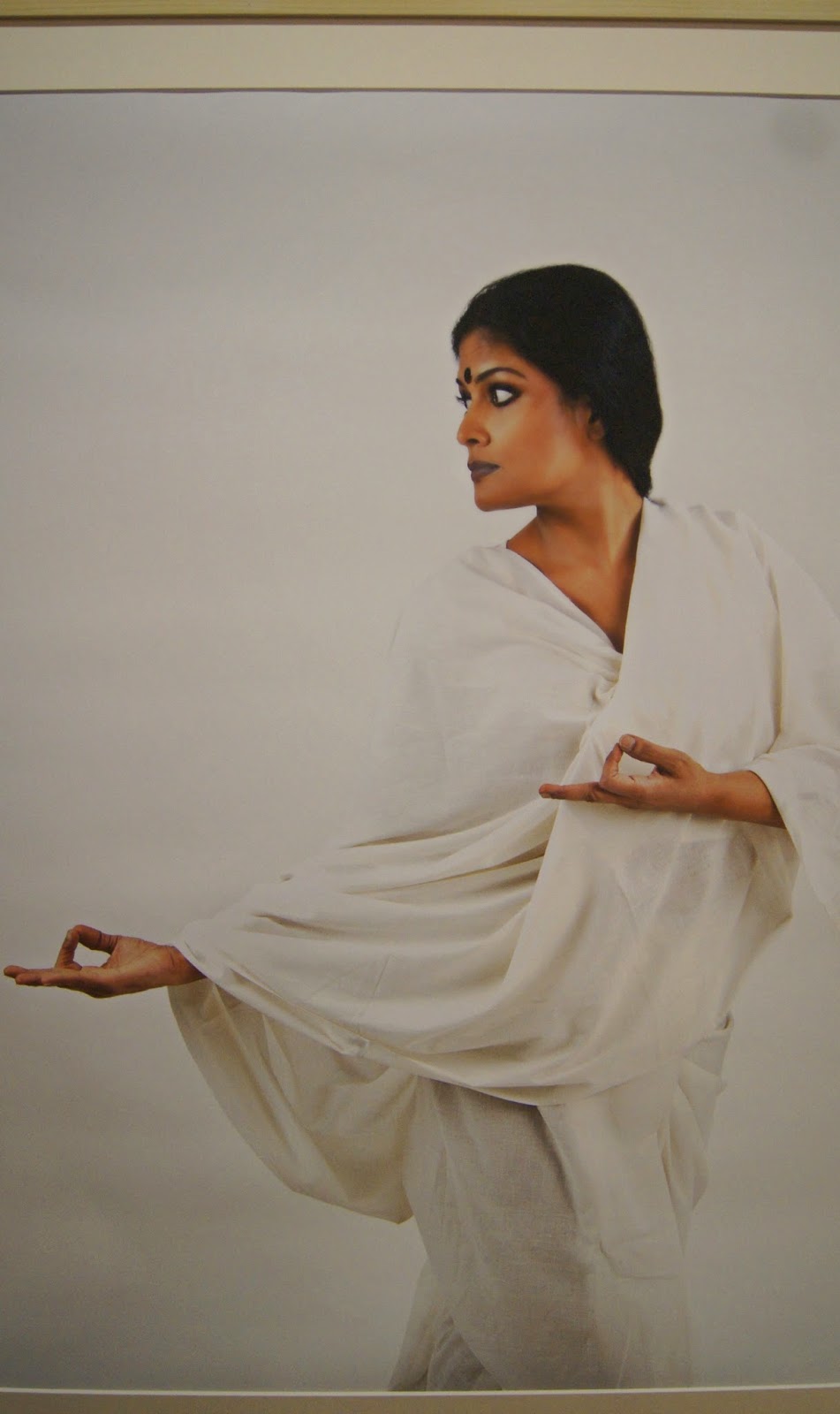 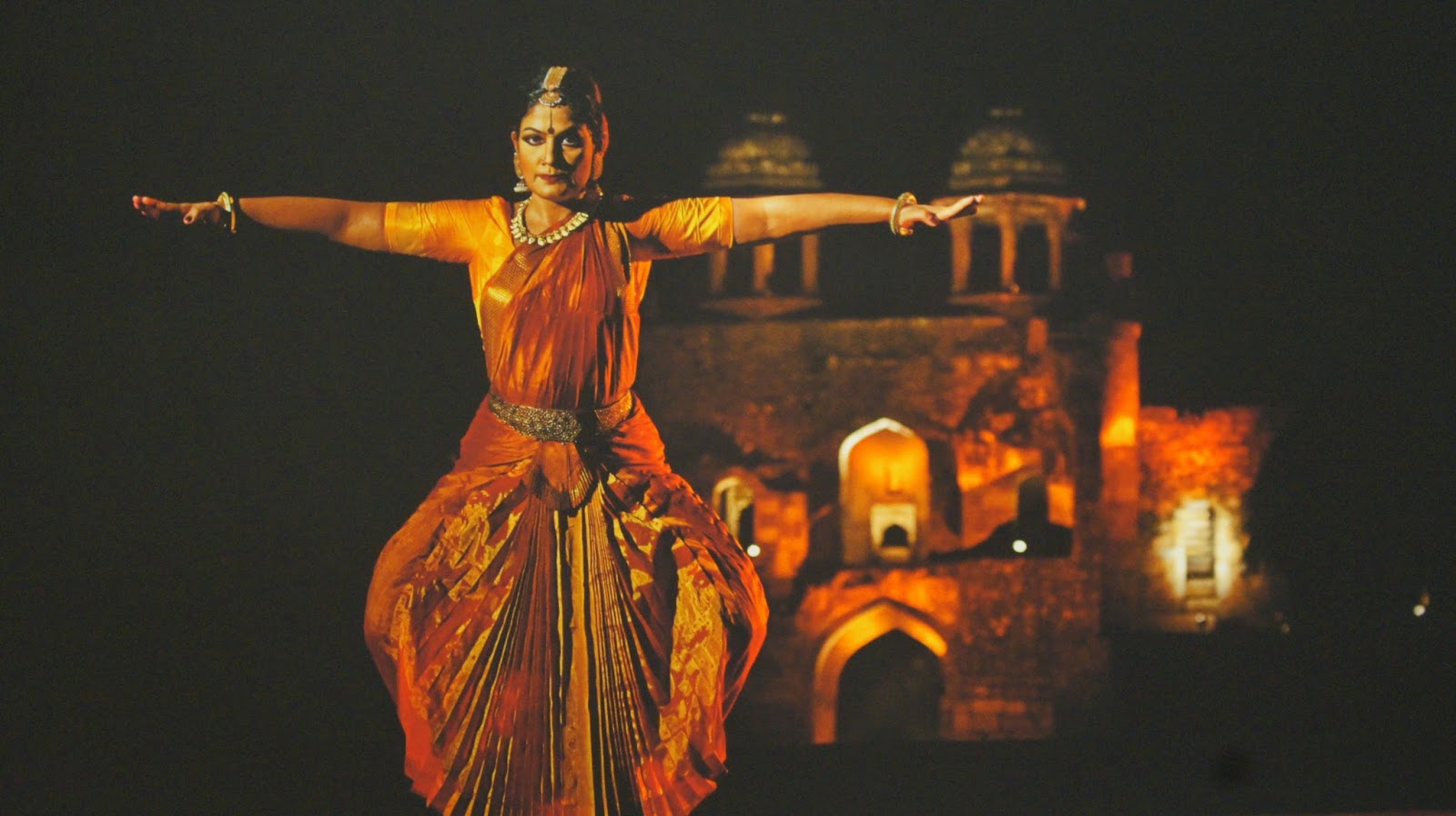 The photographs were simply framed in golden-coloured natural wood. It was a feast to watch Geeta captured in her dance movements, her different emotions, in different costumes, with different monuments in the backdrop, with different lighting hues, both natural and artificial.
She has been photographed with a little girl putting tilak, with her disciples practicing in front of a mirror where you wonder where the photographer is, Geeta getting dressed for a performance, wearing a stark white costume for ‘Gandhi’ or wearing a crimson one for another performance, dancing in the light of the setting sun at Khajuraho and her silhouette in the lighting at the Old Fort in Delhi.

Ravi Shankar Prasad, the chief guest, said, “I am here as a person who appreciates her work and not as a minister. I was introduced to her by my wife when she came to Bihar to dance for Spic Macay. We struck up a friendship. I saw Geeta as a wonderfully creative person. When I saw her perform, I thought art was speaking. Looking at the picture, I commented that in the Khajuraho temple are the sculptures alive or Geeta alive? I would like to congratulate Rajiv too, for in this journey he has a major chunk of contribution. Whenever he introduces her performance, it is through some really exemplary eloquence. He should not reserve this talent of his for Geeta’s performances only.”


Rakesh Sahai, while talking about Geeta as a subject for his photographs, said, “To shoot dance, you have to have a sense of the art too. I see the performance through the lens and not through my naked eye. As a subject, she is beautiful and that is why the pictures are great.” When asked about the use of lighting, he said, “I never try to do lighting. I always take a stage shot. Outdoors, when we are shooting, you have to be adept to capture the right moment, otherwise the light will change. It is all candid.” For Geeta as a person, he said, “She is wonderful as a person. She is very nice, calm and you have to be close to her to know her well.”