The Earthly Lila of Ram

A timeless epic was turned into a visual and acoustic extravaganza. Shriram Bhartiya Kala Kendra presented its 58th edition of Ram Lila at the Kendra lawns from September 25 to October 21. 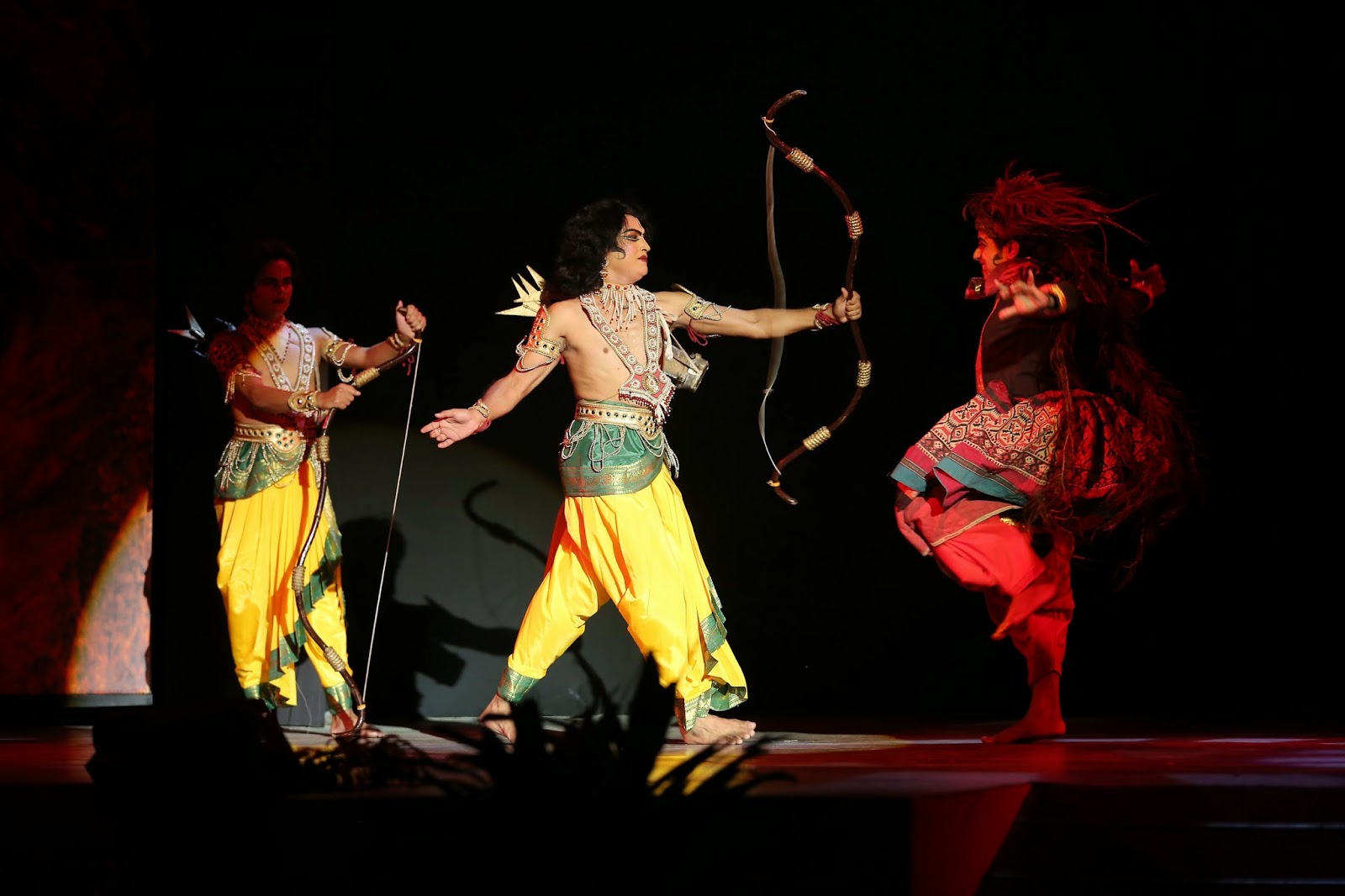 In my memory are imprinted days from my childhood when, come the sacred month of Kartik, and my grandmother would make us read the ‘Ramcharitmanas’. This was done to bring good fortune and prosperity to the family (mangala bhavana amangala haari) and teach the children the values in the epic. These values and ideals are the backbone of the Indian value system. 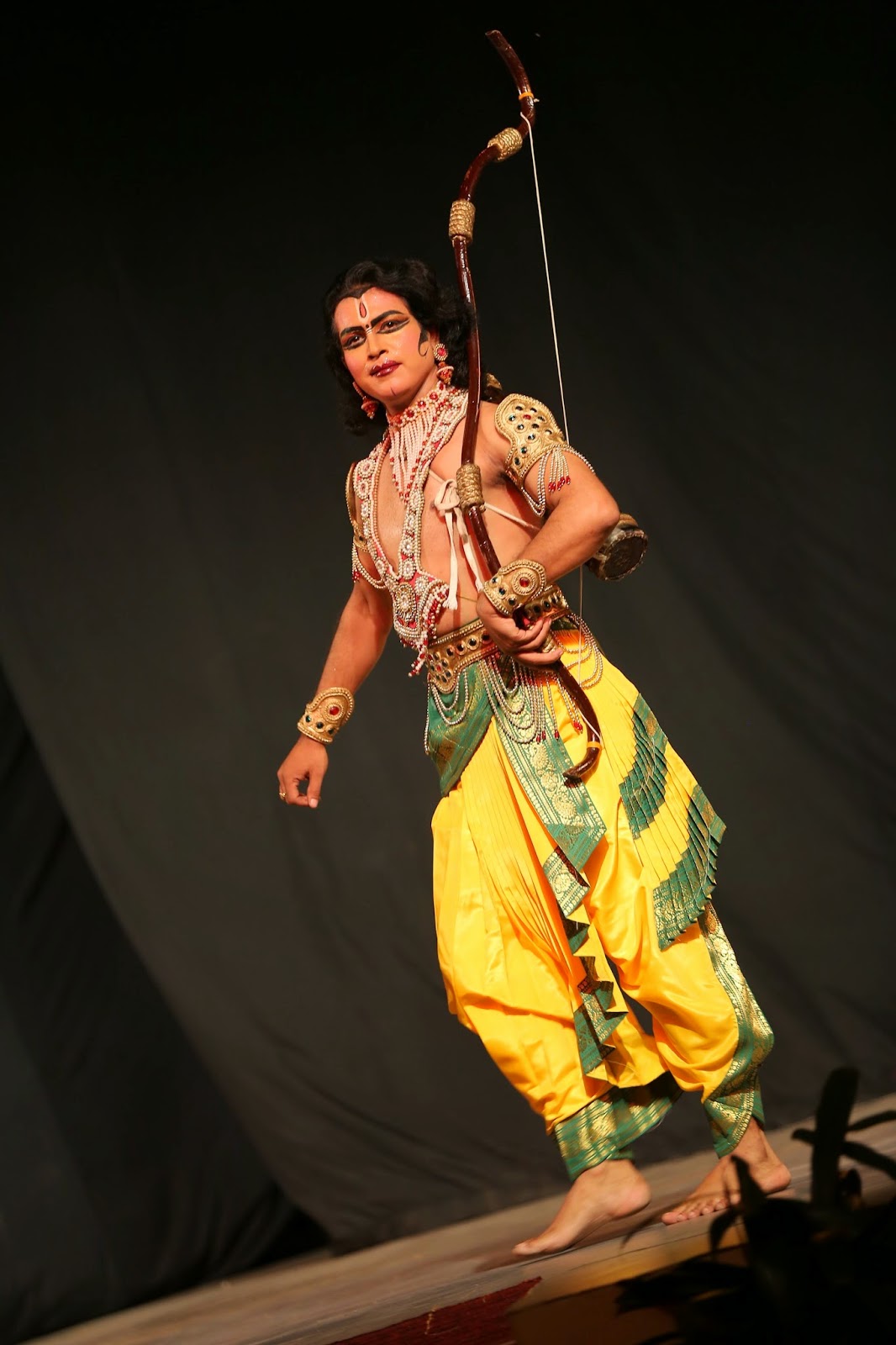 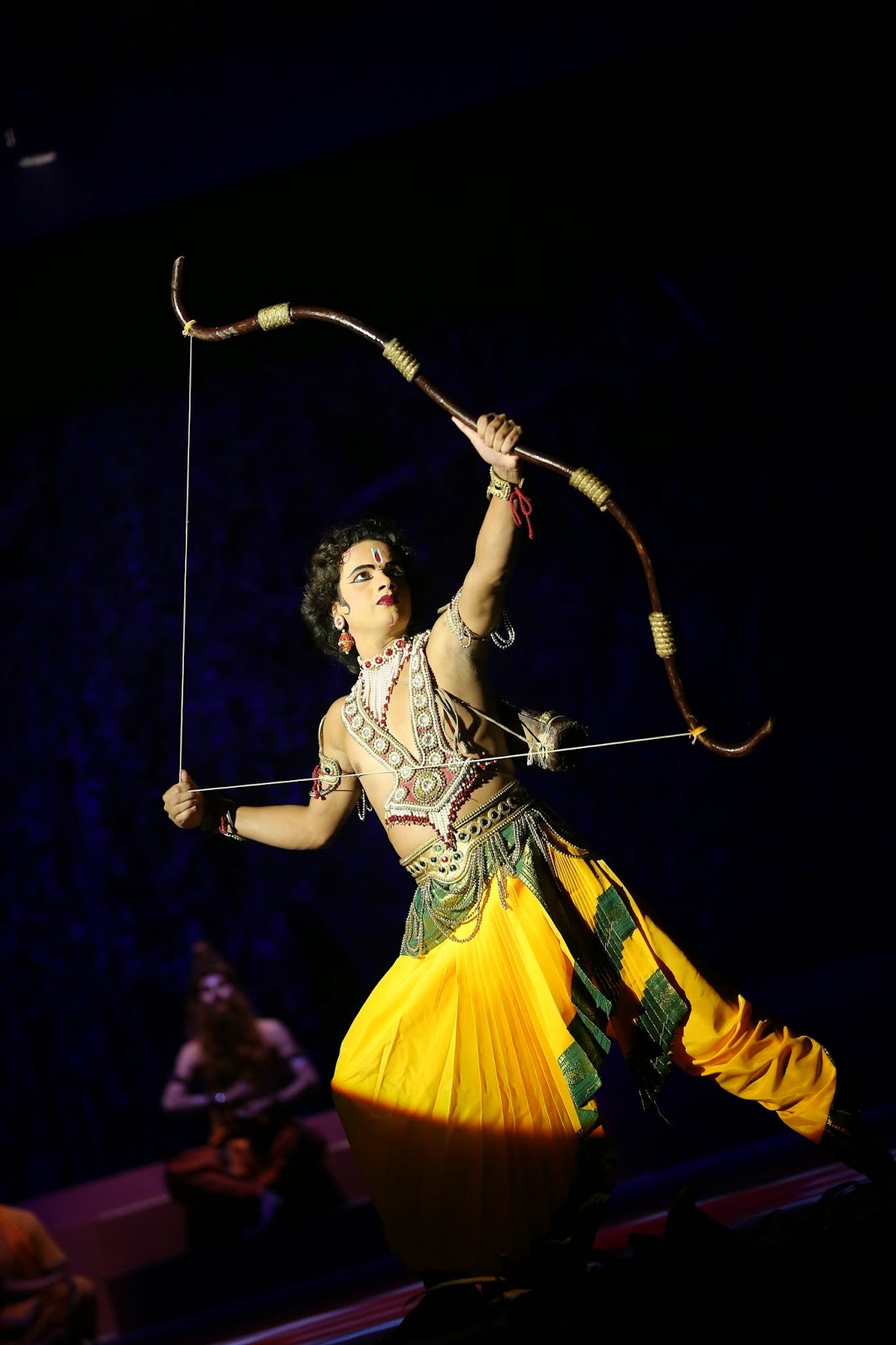 The tale has been told down the generations and each time it invokes reverence. During the Navratras, the whole of North India has Ramlilas being staged round every nook and corner, in varying degrees of refinement. And now, in the Shri Ram Bharatiya Kala Kendra’s version of it, to this moral tale have been added special effects, music, lighting, songs and dances to make it a wholesome experience. 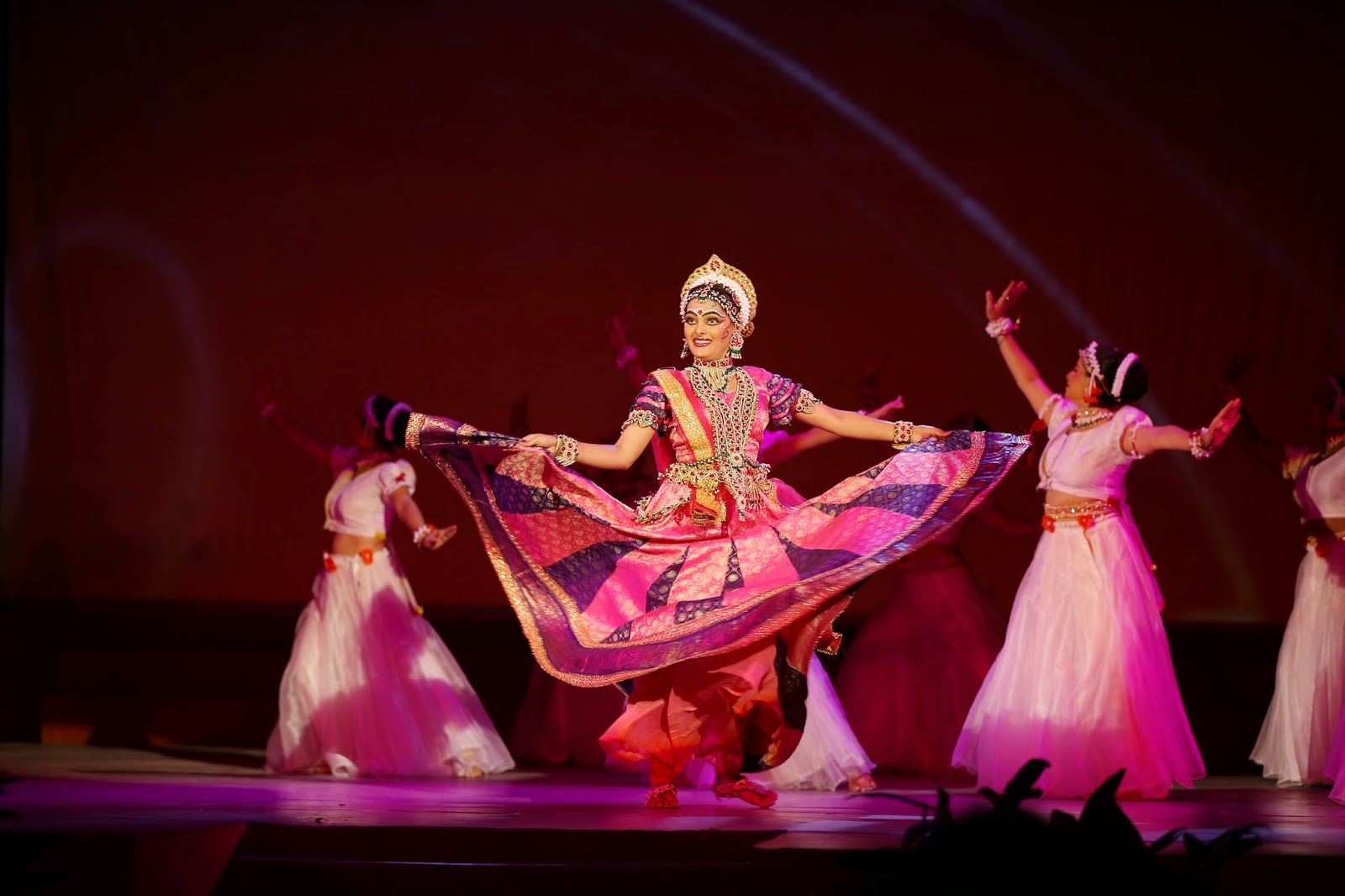 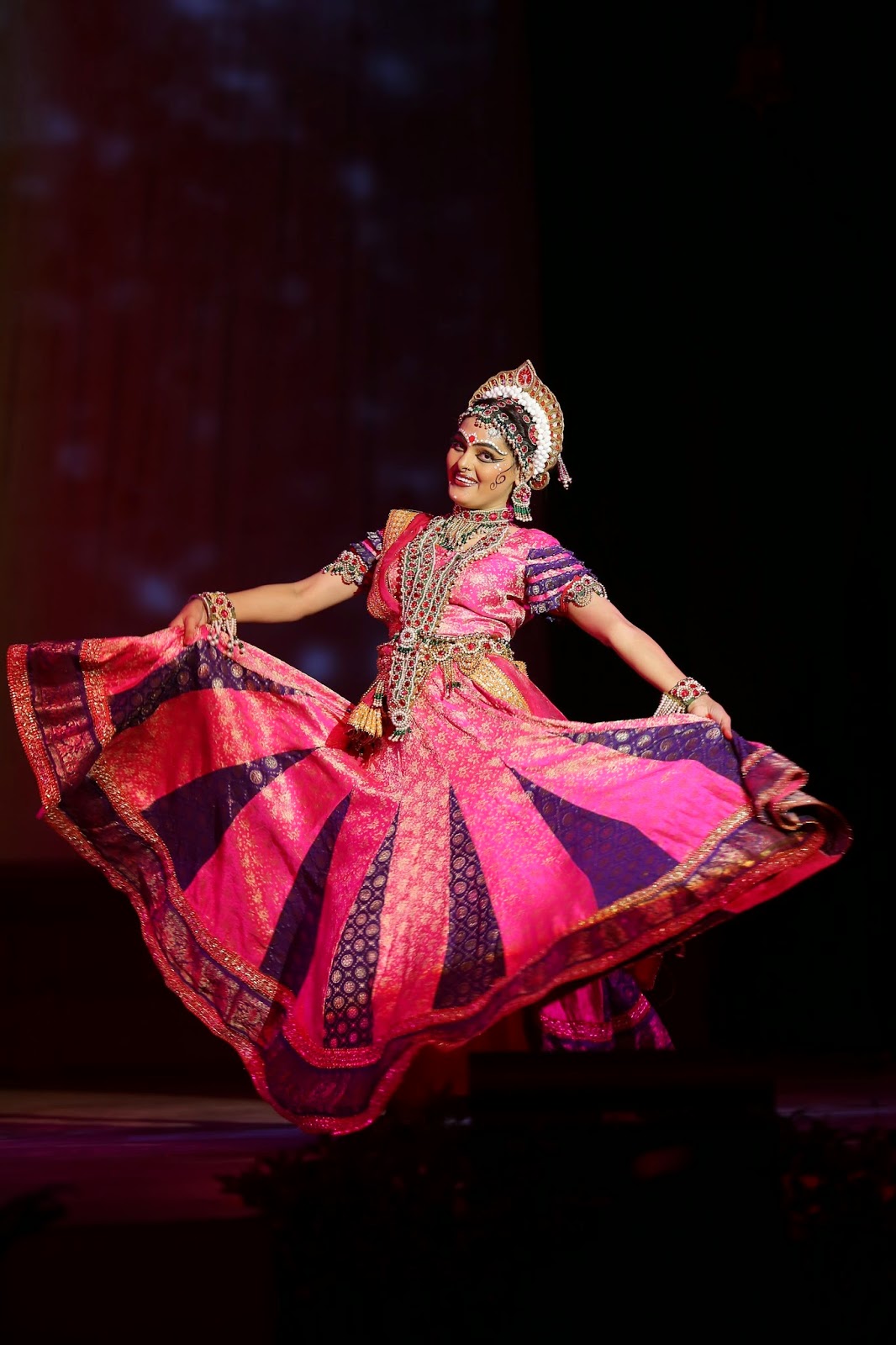 The tale narrates the life of Lord Rama according to the epic Ramayana. The birth of Rama with his three brothers, their education, marrying Sita in the swayamvar, his banishment and then Sita haran by Ravana. The Rama-Ravana war and then return to Ayodhya to become the king - this is briefly the sequence of events depicted. 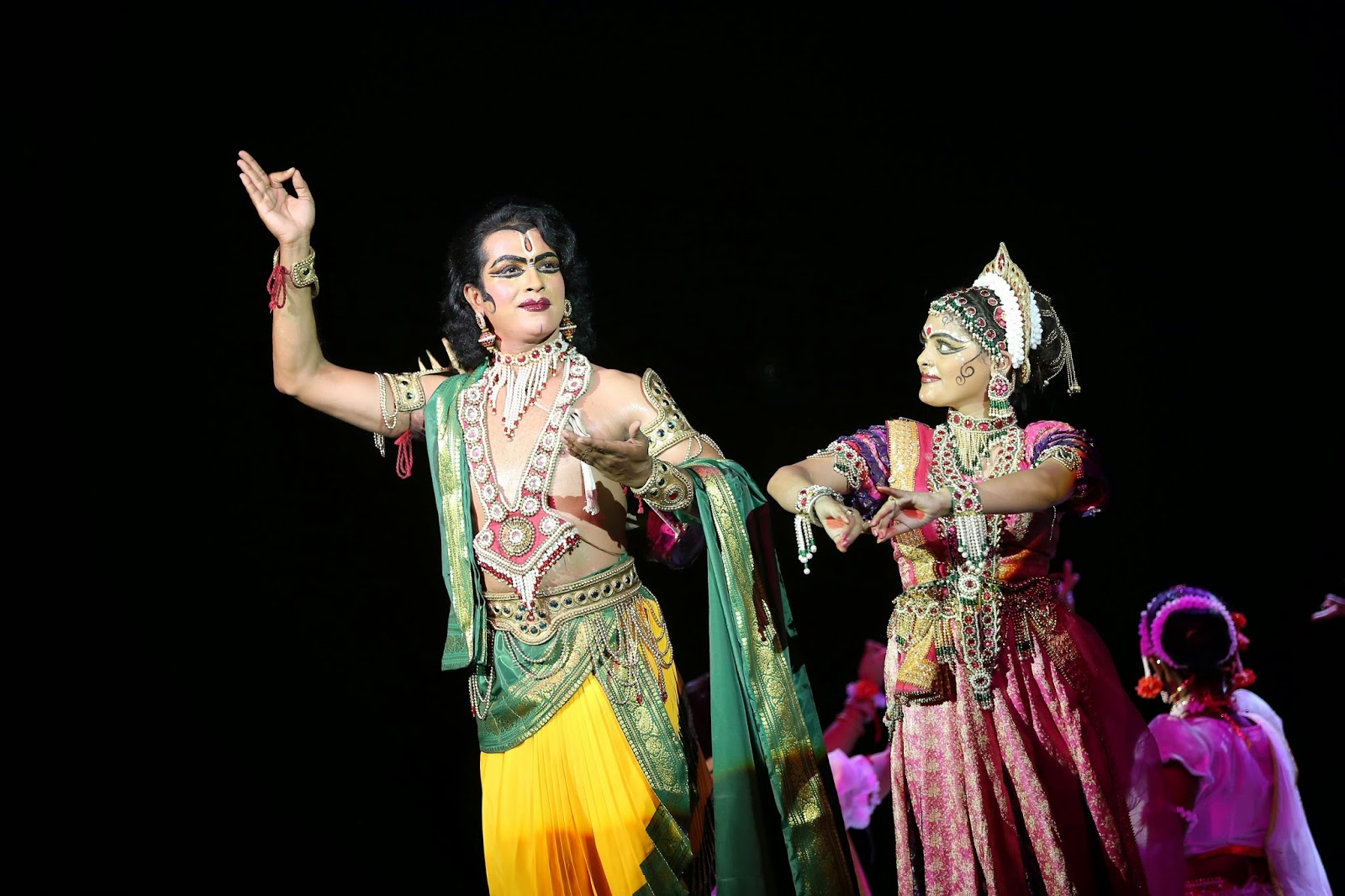 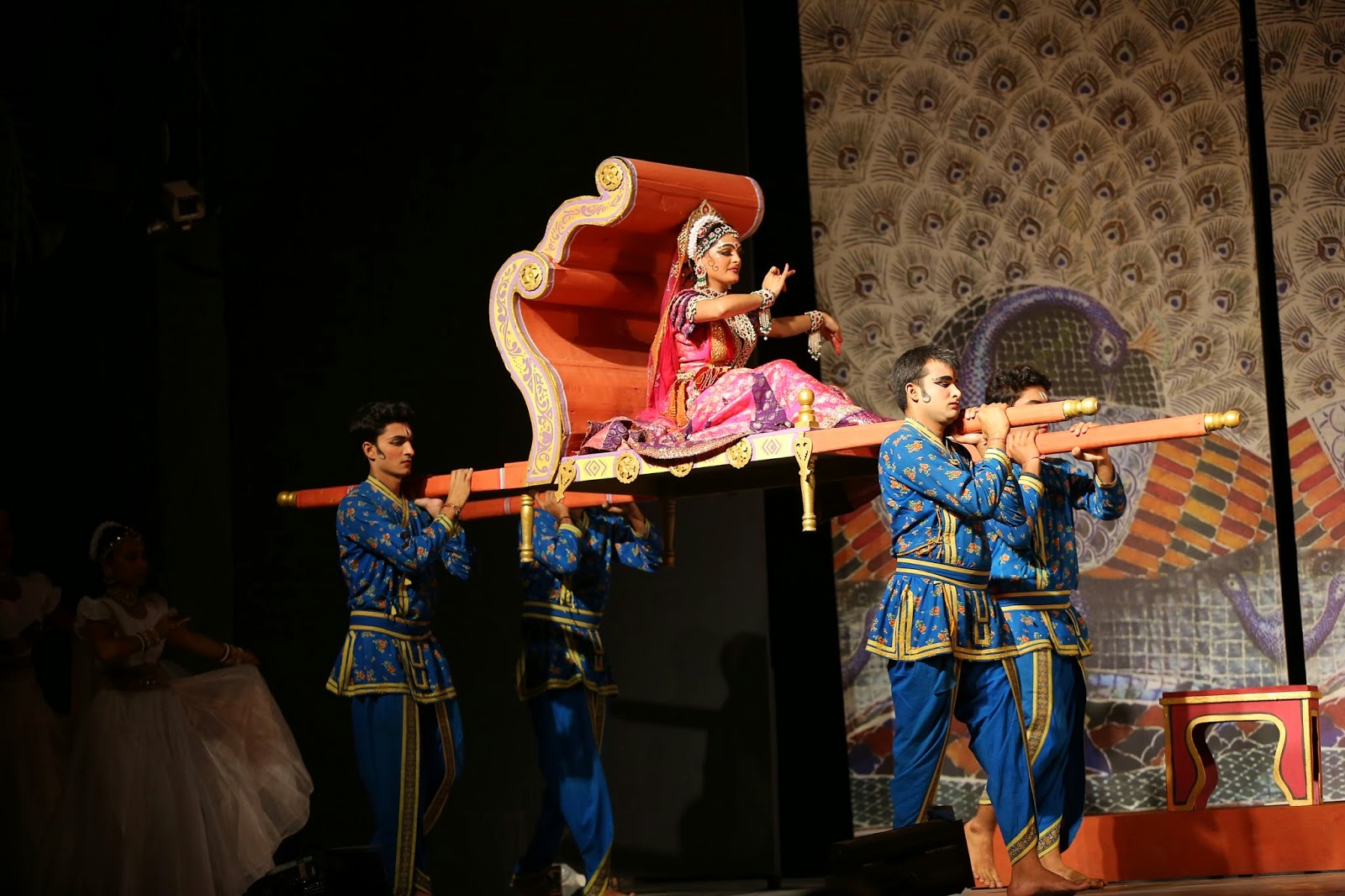 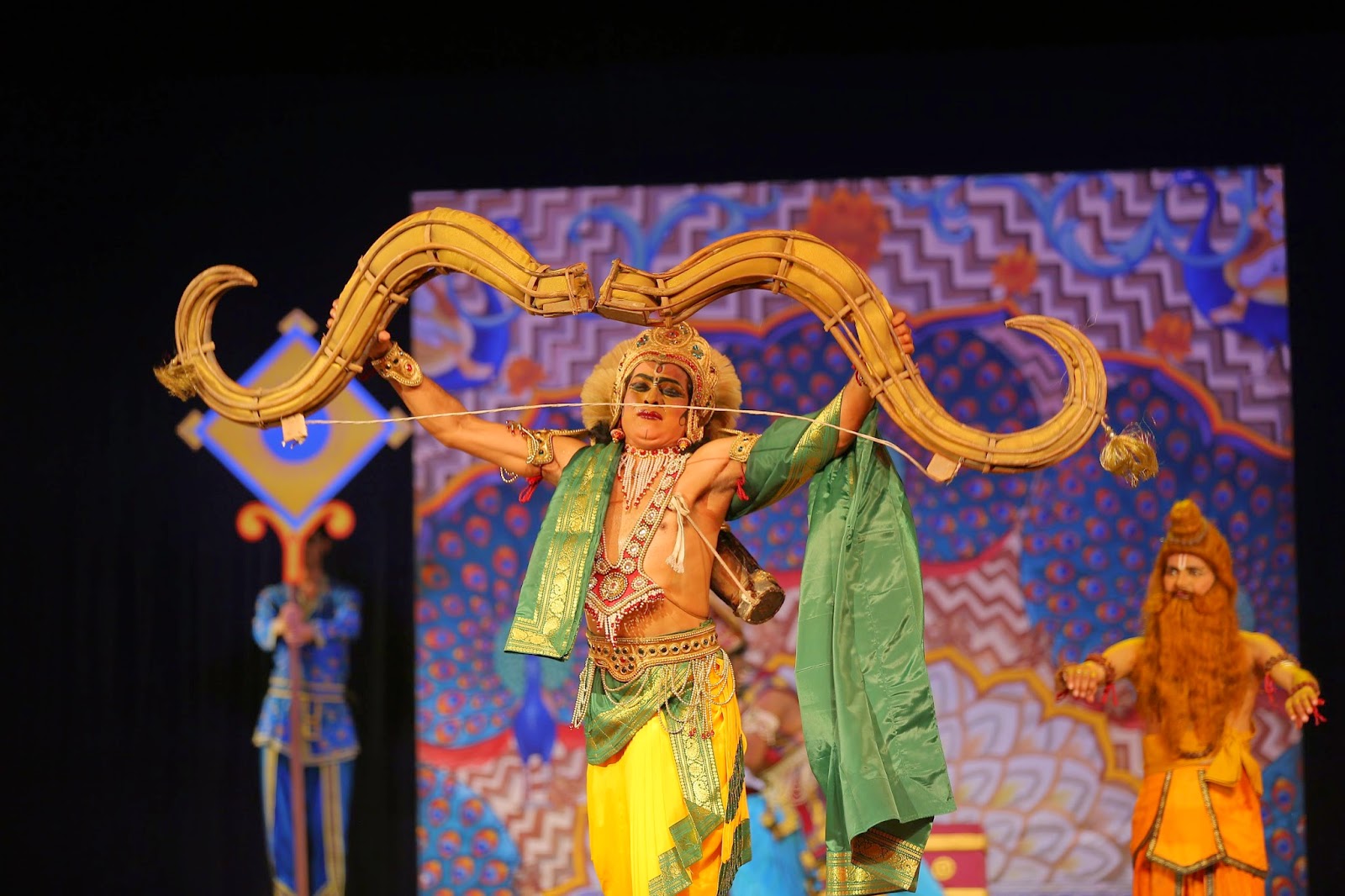 There were many features that made it an amazing production. The first was the background for each scene. The black screen at the back had images projected on it to suit the scene. The rotatable panels on both sides were also changed with the scene. The scene in which Lord Vishnu is depicted reclining on his shesh shaiya with Lakshmi at his feet, had the ocean in the background. The palaces of King Dashratha and Janaka were made regal with images in the background. The palace of King Janaka had peacocks as a theme. The scenes at the pushpa vatika and the forest had been depicted with greenery and special effects. 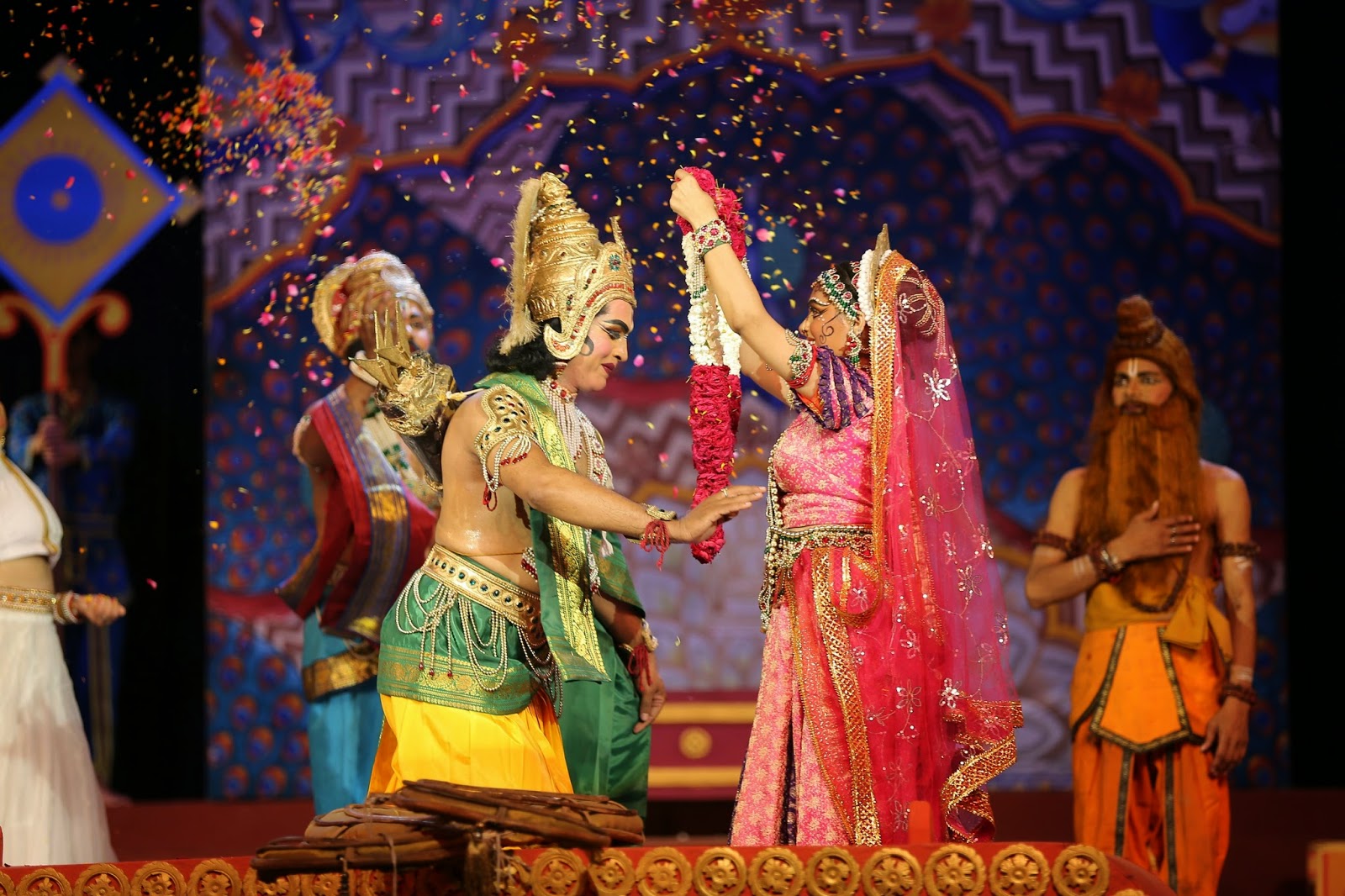 The next attribute was the props used the palanquin in which Sita comes to the swayamvar, the doli in which she leaves after her wedding, the huge bell in the Kashyap rishi ashram and the pushpak vimaan used by Rama to return to Ayodhya. A few scenes had animation in the background. The antics of lord Hanuman were depicted through animation. 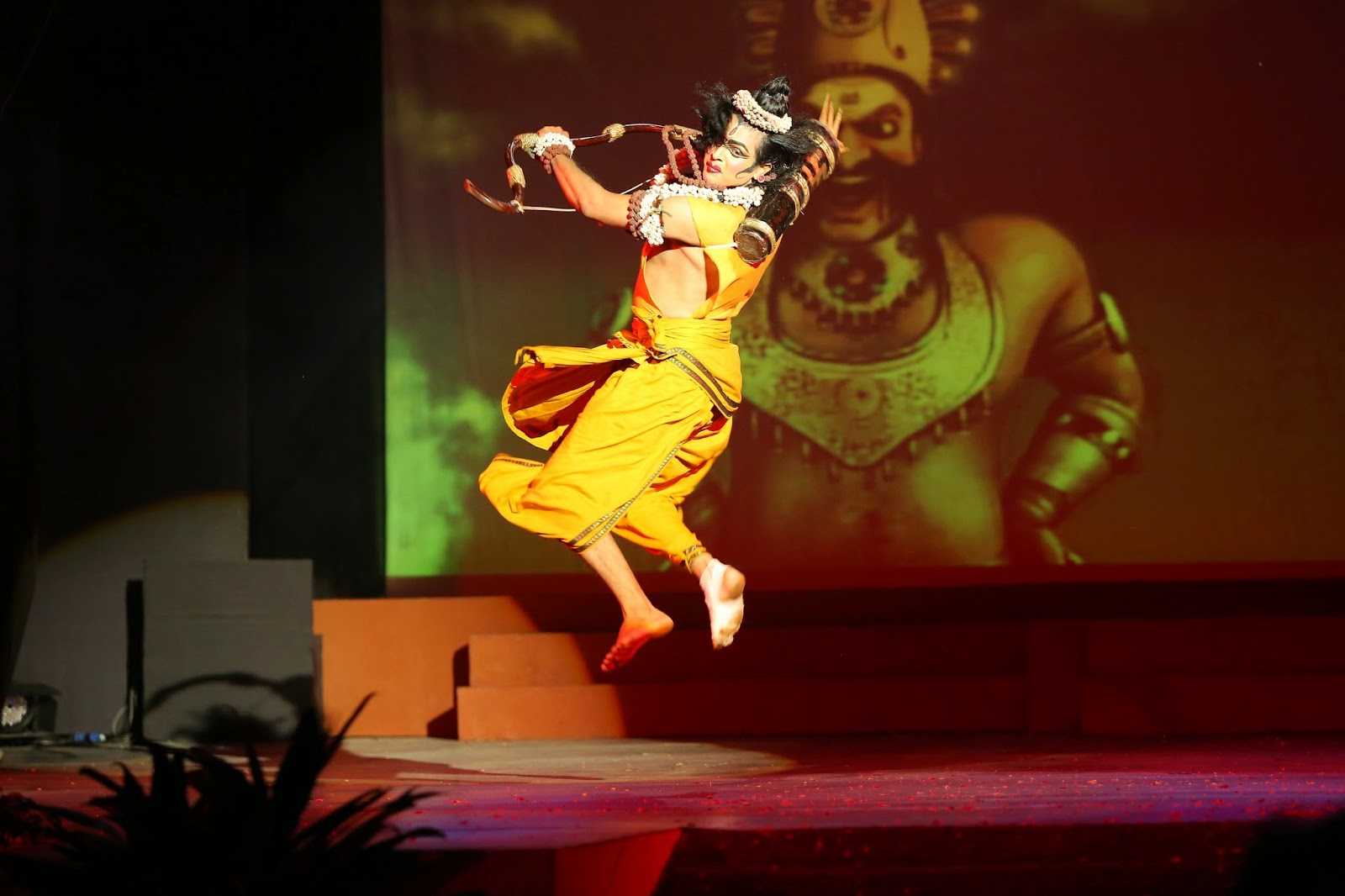 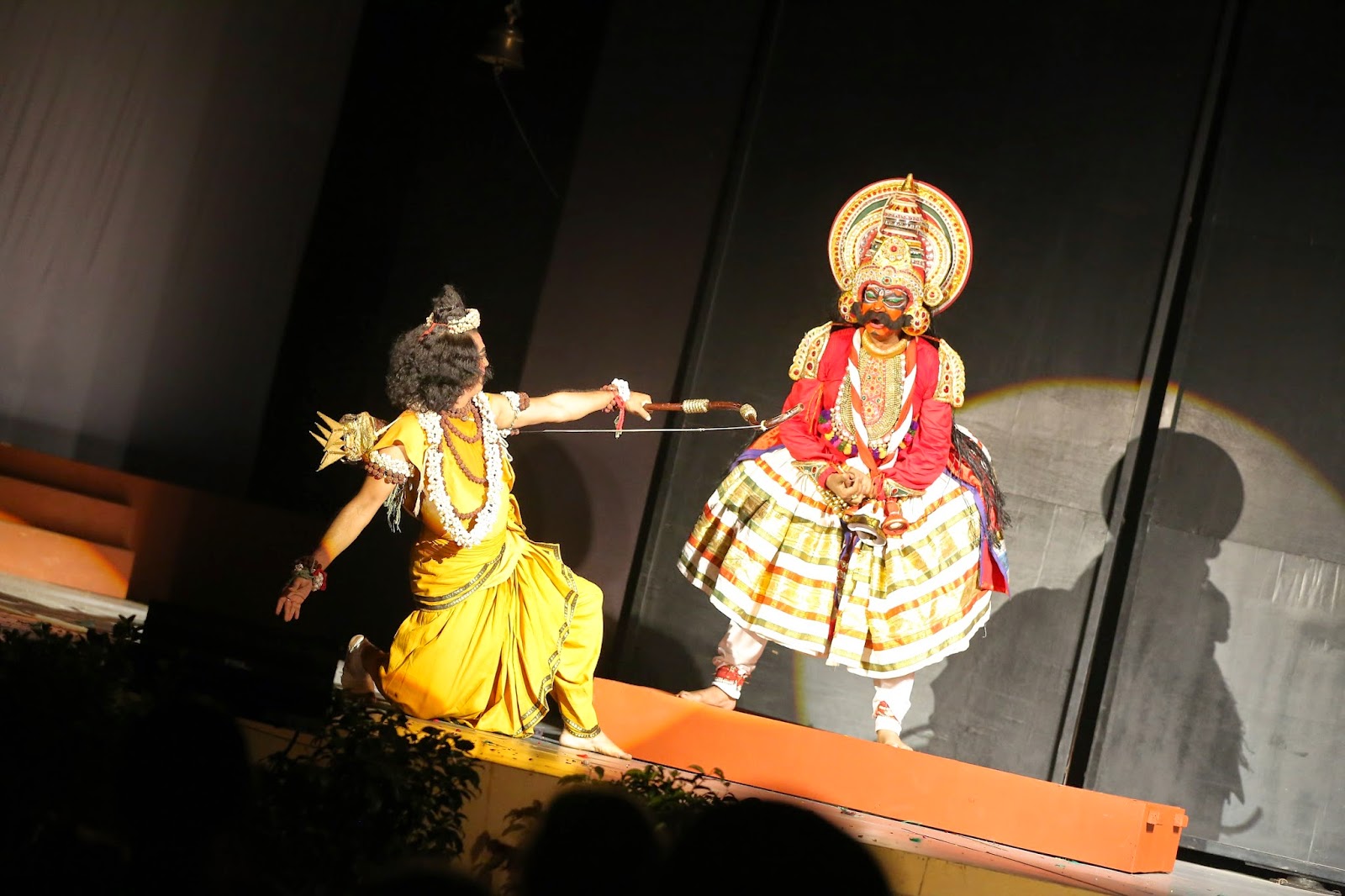 Thirdly, what made the production more attractive were the costumes and the make-up. One got to see some appropriate, colourful, and impressive dressing by the characters. Worth mentioning are the costumes of the monkeys, the golden deer… and Hanumanji had florescent make-up! Ravana and Indrajeet were enacted in Kathakali costumes and make-up. 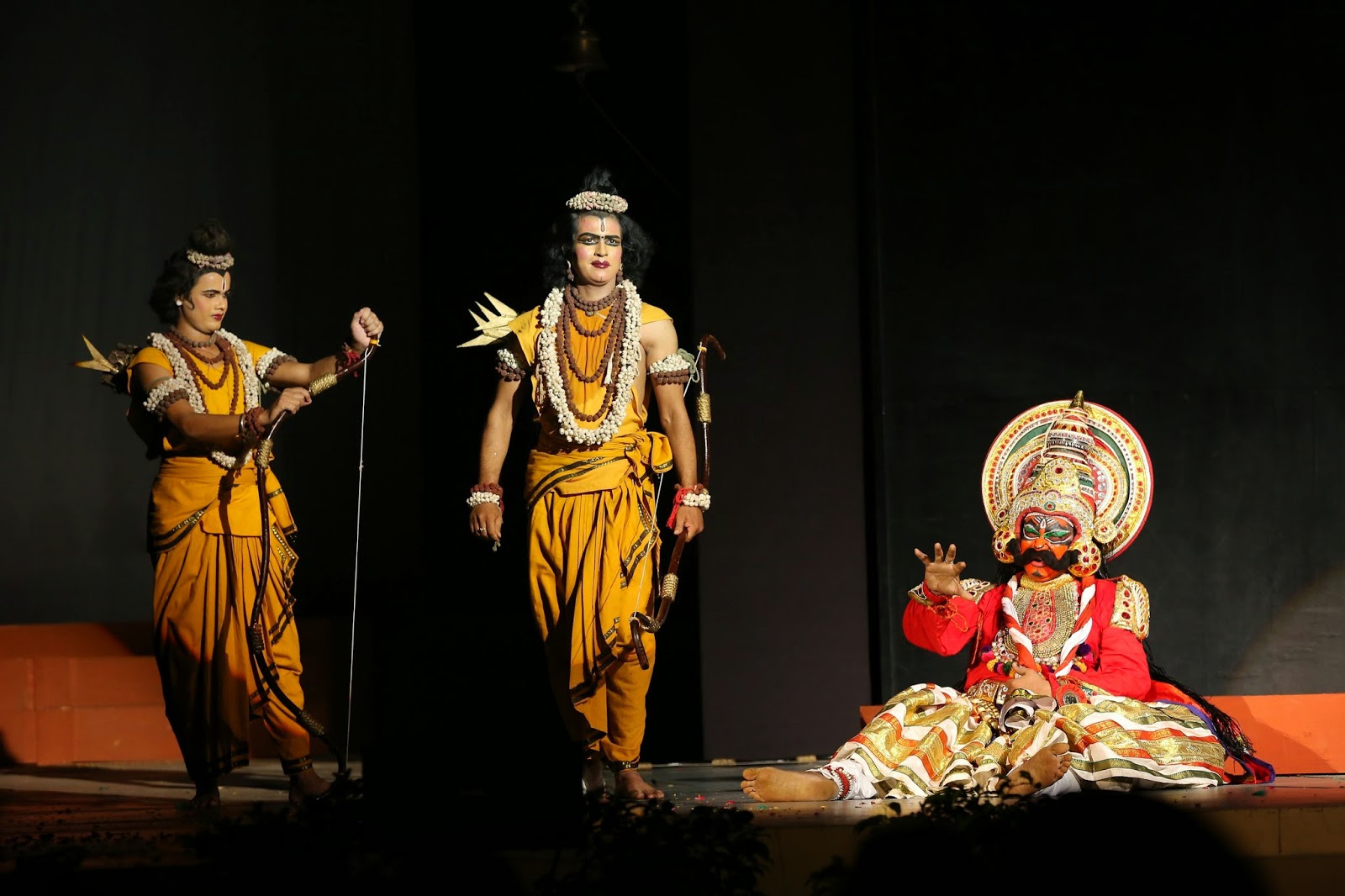 And the next and most important attribute were the dancers - their performance to various instruments, the lyrics and the music. The dancers were from the Kendra’s Kathak department and Ravana and Indrajeet from Kerala. The entire tale is narrated in verses from the Manas, which in itself is a classic literary epic. The musicality and lyricism of the tale is thus not lost. The dancers danced to dhuns and songs by famous bhakti poets, which are popular. The group dances and formations were excellently choreographed. They used various instruments like manjira, jhanjh and props like pieces of cloth. Sita’s agnipareeksha was shown with the dancers waving red and yellow cloths. The music composition was excellent. Rama showed all the poise and good looks attributed to the Lord. The lighting was well done. 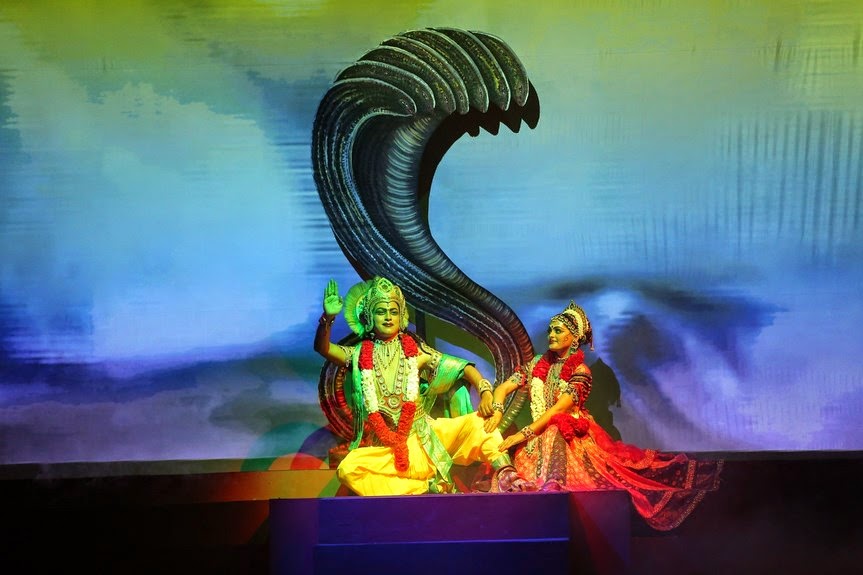