I have last written about Geeta Sirisha’s performance at the IIC Double Bill concert. The very same evening, Varsha Dasgupta performed Kathak in the second half. She is a disciple of Abhimanyu and Vidha Lal from the Jaipur gharana of Kathak. She has a scholarship from the Sahitya Kala Parishad and is a graded artist of Doordarshan. 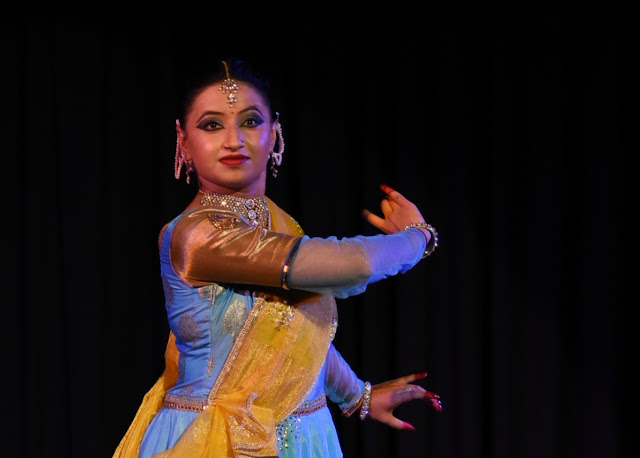 The first piece was a ‘Shiv Stuti’, showcasing the glorious attributes of Shiva. The piece is in raag Hamsadhwani, in 12 beats. The performance started with a soulful sarangi and tabla rendition. Varsha then depicted Shiva as holding the damru and agni in hands, trinetra, the third eye on his forehead, Nandi as his steed, the trishul in his hands. The composition described the god as ‘mahadev, shankar, jata jut, trilochan, bhasmi ang, parvati pati shiv har har’. The stances and postures for the nritya had a lot of precision of hand gestures and footwork. The singing was melodious. The nritta had footwork, todas and tukdas, leaps and chakkars. 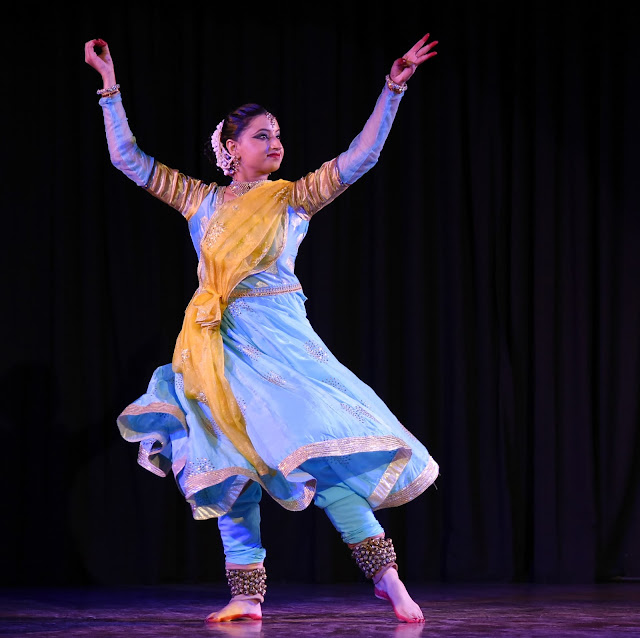 The nritta portion had vilambit laya in 16 beats. Starting with thaat aamad, Varsha performed tez aamad, tukdas and tihais with twisting feet, pace of footwork or pairon ki uthaan and an interlude of a kayda on tabla. She ended this portion with a parmelu with the sound of the bird. Her leaps and chakkars had everyone applauding. 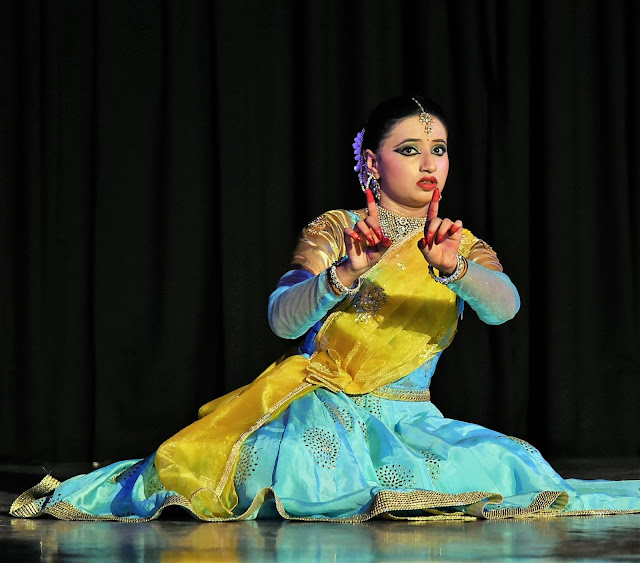 The third piece was a thumri – ‘Baithi Soche Brij Ki Baam’. The nayika is missing Krishna and is killing time by reminiscing about the time spent with him. She waits for him at the door as the dark clouds of sawan gather. She longs for his companionship and experiences pangs of jealousy. The composition was in raag Maaru Bihaag, in 16 beats. 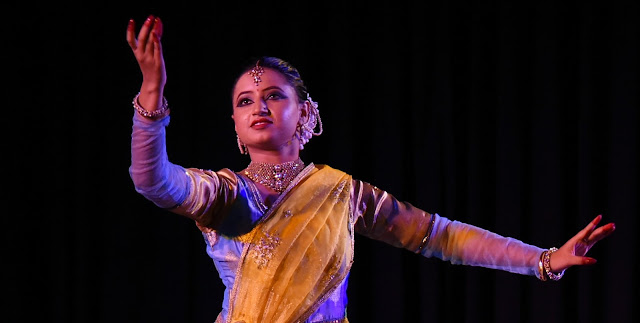 Depicting the piece, Varsha goes to fetch water from the Yamuna. All the time, she keeps looking for Krishna. She imagines him around her, pulling her close towards him. She combs her hair and holds them with a pin, looks in the mirror and wears her ornaments. She perfumes her bed and sprinkles it with flowers. The thought of an embrace with him makes her shudder. There is a parrot perched in a cage near her. ‘Chanda Ki Chandrika’ – the moonlight is fanning her desire. ‘Tum na aaye to kya, seher na hui, magar raat chain se basar na hui. Aayegi sawan ki bahaar, morwa nache de pukaar’ – the peacock dance was brief, yet aesthetically done. ‘Aayi boondan ki phuhaar, badli ghiri hai aaj’ – she used ghoonghat ki gat. ‘Jhoola padya hai, kadamb ki daal’ – the thumri required a lot of abhinaya and was rendered well. The drut nritta in the end had chakkardar paran, tihais etc. 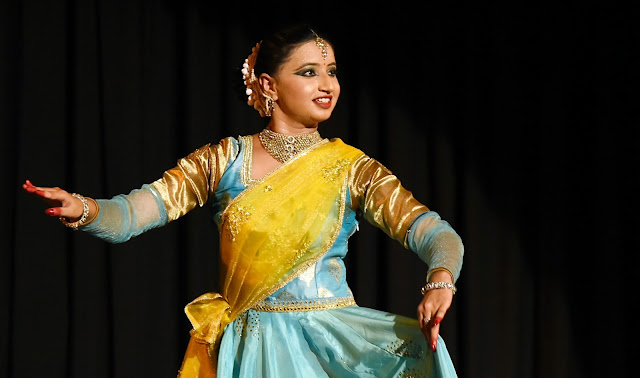 Varsha has great stage presence. Her technique was sound, which is the legacy of her gurus. The abhinaya was embellished with emotions and bhavas. A completely enjoyable performance with great musicians and soulful singing. The tabla was by Yogesh Gangani, sarangi by Ehsaan Ali, pakhawaj by Salman Warsi, and on padhant was Guru Geetanjali Lal herself, the guru of Varsha's gurus.