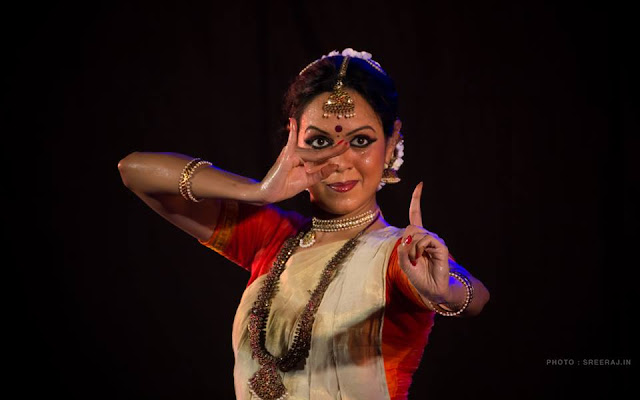 This is going to be a unique and beautiful performance, considering the reputation of this young dancer. The very talented Bharatnatyam dancer Arupa Lahiry is presenting an interesting piece called ‘Ahalya’. The most popular version of this story is that she was the very beautiful wife of the sage Gautam and was tricked into making love to Indra when the deva took the form of her husband. For that sin, she was turned to stone. This is Kalidasa’s version in his telling of the Ramayana, according to Arupa, but there is also another version, in the Valmiki Ramayana, which says that she is invisible. Many years later, Rama liberates her from her stone form with a touch of his foot.

Arupa will present the story of this intriguing character in a different way, the dancer promises – it won’t simply be a retelling of the story. “It attempts to break the usual dance drama format, which has been adapted to retell the story of a character through the traditional Bharatnatyam margam. It also tries to incorporate, wherever necessary, the basic dramatic techniques of vachika or speech,” says Arupa’s note on the production. 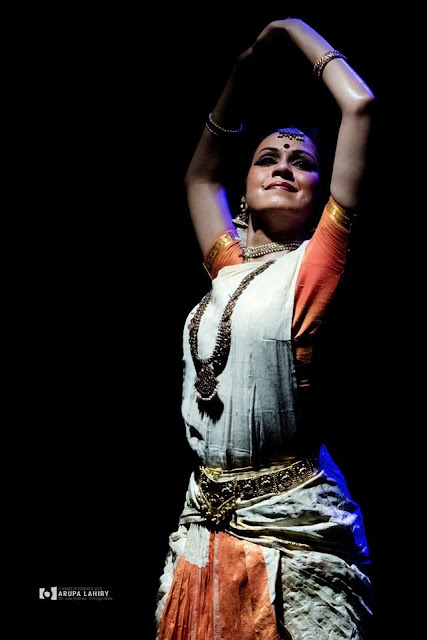 The details in Arupa’s note say that the production begins with an anjali, an invocation to rain and the blossoming of nature parallel to the blossoming of a woman's sensuality. It is followed by an alarippu in a seven-and-a-half rhythmic pattern dedicated to Indra, the god of thunder and lightning. Next is a varnam that revolves around Ahalya – whose daughter she was, how she was created, what she looked like, where she stayed... common questions that society asks about a person. The varnam ends with the Ahalya moksham episode. This will be followed by a poem from Tagore depicting Ahalya's thoughts while she spent long years alone, ending with a thillana reflecting the joy of a soul retouched.

‘Ahalya’ will be staged tomorrow, on 17th May, at Sangeet Shyamla, A11/6, Vasant Vihar, at 7pm. The music is by Sudha Raghuraman. Please do go to watch this excellent dancer if you can!