Delightful Odissi, from Radha to Rama, pallavi to abhinaya


On one hot summer evening in Delhi recently, dance lovers enjoyed the revitalizing coolness of Odissi. The Mohinder Dhillon Music Foundation organized a solo performance by Sujata Mohapatra to honour her at the IIC. Sujata is the disciple and daughter-in-law of Guru Kelucharan Mohapatra, the legendary exponent of Odissi, whose style of dance she teaches and strictly adheres to. She has been awarded the Nritya Choodamani Award by the Krishna Gana Sabha, Chennai, and many other prestigious awards. 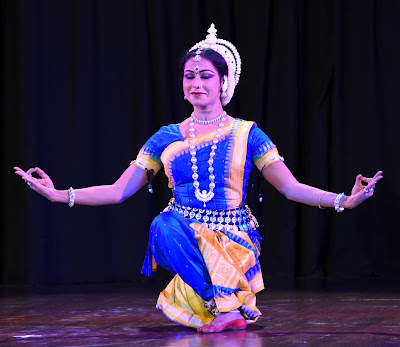 She began her performance with a Mangalacharan, an obeisance to Lord Jagannath. The next piece was an ode to Lord Rama, who has a blue complexion. His chest bears the mark of Shrivatsa. He is lotus-eyed and wears a pitambar, the man who broke the bow of Lord Shiva. The composition was in raga Megh and Kedar, tala chaturasa ektali. The choreography was by Guru Kelucharan Mohapatra, and the music for the piece was given by Padma Shri Raghunath Panigrahi. Sujata started the piece with the shloka ‘Shantakaram bhujanga shayanam padnanabham sureshavam’. The interpretive dance was well executed. The stances taken had a lot of poise. 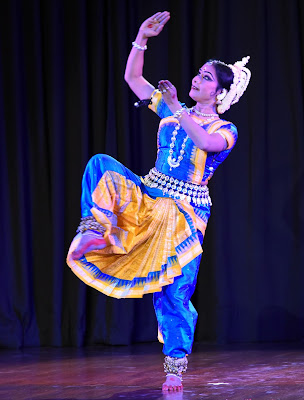 Next, she performed a pallavi in raga Baageshwari, tala ektali. Pallavi or blossoming is a piece of pure dance. It starts with a slow pace, and picks up pace later. This pallavi had the title Yugmadwanda, and was like a duet between dance and music. Using mnemonic syllables, it is like a question and answer between the instrument, music, vocalist and the dancer. Sujata had excellent footwork and hastas. Her technique showed her expertise. The choreography was by her guru, Kelucharan Mohapatra, and music by Raghunath Panigrahi. 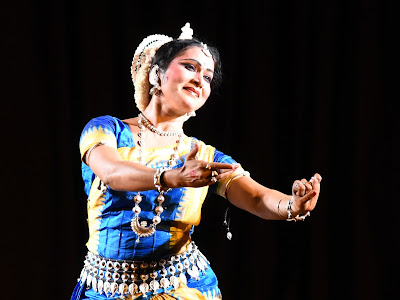 The following piece was an ashtapadi, ‘Sakhi he’ from Geeta Govinda, in raag Pahadi, tala jati. Choreography was again by Guru Kelucharan Mohapatra, and the music by Bhuvaneshwar Mishra. Radha implores her sakhi to go and get Krishna, reminiscing about her first meeting with him. She thinks about the beauty of the kunj or the bower where they met, and adorns herself to meet Krishna. As she moves in the night, she removes her anklets so that nobody can hear her passing. She blows the light out so that she is not seen by anybody, removes the thorn from her foot, and is constantly struck by the arrows of Kamadeva - very subtle and elaborate abhinaya to depict the meeting, and then the pining, of Radha. 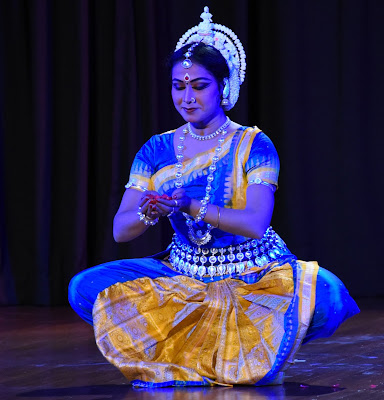 The next piece was Jatayu Moksha. The excerpts for the story have been taken from Odiya Ramayana and is inspired by folk theatre. The story has been retained from the original work. Lakshman guards the hut in which Rama and Sita are staying during their exile in the forests. The couple are having a romantic time, stringing the flowers and admiring the elephants and birds. Suddenly, a golden deer appears. Sita tries to catch it, feeds it and plays with it, and then it disappears. Rama goes after it despite Lakshman’s warnings, and then a scared Sita sends Lakshman to look for him. Ravana appears as a saint or a rishi, and lures her out of the Lakshman rekha on the pretext of asking for alms. Jatayu comes to her help, fights Ravana with valour, and is finally slain by the demon. Rama, who finds Jatayu in the forests, alleviates his pain, and then performs the last rites for him. 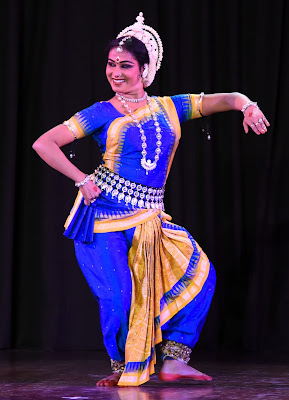 Originally, in the choreography, it was meant to be a group dance, with each character being played by a different dancer. But gradually, Sujata got into the skin of each character. She plays Sita romancing and playing in the forests, and then Lakshman, with his always doubtful attitude. She could portray the helplessness of the character of Lakshman, and at the same time, his strength when he draws the Lakshman rekha. Ravana came across as a shrewd one. Jatayu in valour during the fight, and his agony on being injured, was all enacted very well. 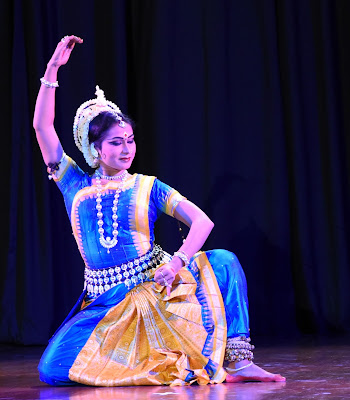 Sujata said that she had performed the piece as a solo in Jagannath Puri in front of the Lord, with Guruji as the chief guest, so she felt it was blessed. She flawlessly did the abhinaya for the entire piece, capturing the attention of the audience. The music also had different elements for each character. Her technique was very graceful. 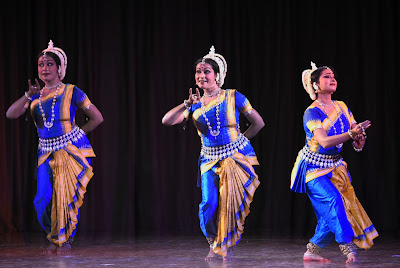