On the first day of the World Dance Day celebrations organized by Geeta and Rajiv Chandran in Delhi in April, Bhavana Reddy performed in the evening at the IIC in Delhi. Bhavana is the daughter and disciple of Raja and Kaushalya Reddy. Bhavana started dancing at a very young age. She has also achieved recognition for her singing. 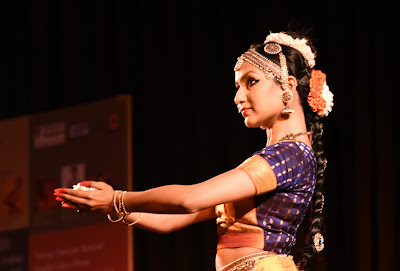 She started her performance with a Ganapati Vandana – ‘ekdantaye, gajkarnakaye (with elephant ears), lambodaraye, vighnarajaye, vakratundaye, bhaal chandraye, mahaganapataye namah’. The Lord was shown as holding a modak in one hand. Her interpretive dance was well-rendered. Her stances were firm but not taut. 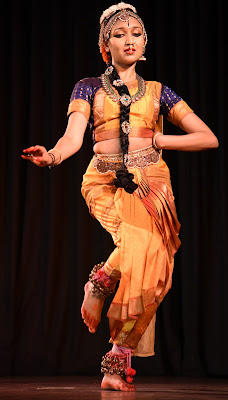 The next piece was an abhinaya piece from Bhamakalpam - ‘Bhamane satyabhamane’. Satyabhama is the daughter of King Strajit and the beloved wife of Lord Krishna. She is pining in separation from her beloved when her alter ego Madhavi enters the scene. Madhavi was enacted by Raja Reddy himself. 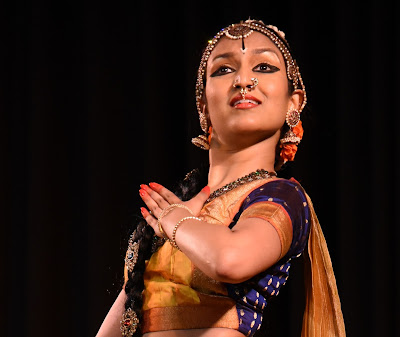 The sakhi and Bhama converse about Krishna, and since Satyabhama is too shy to say his name, she begins to describe his attributes. She says that he holds the shankha, Madhavi retorts, like the jangama, who goes door to door begging. He holds the chakra, Madhavi counters, like the potter. He wears the peacock feather - like the tribal, Madhavi jests. He wears the makarakriti kundal - like the Brahmin boy, pat comes the reply. Finally, the shy Satyabhama gives up and walks off. 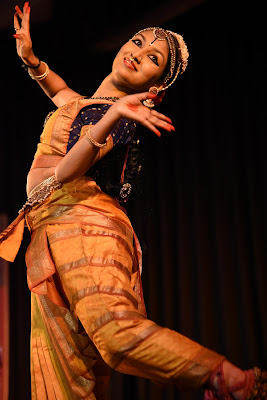 Bhavana is a very talented dancer. She has agility and grace in her movements and subtlelty of abhinaya. The conversation between Satyabhama and Madhavi was enacted expressively and Bhavana’s very melodic voice could have been that of a trained singer. 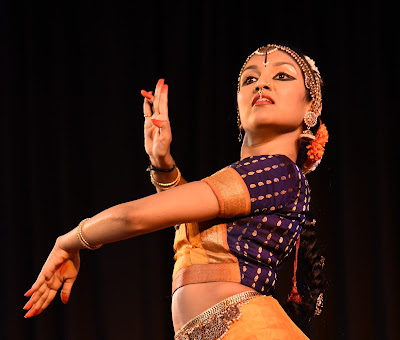