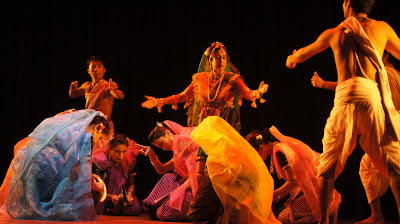 A flower rangoli greeted you at the entrance to the FICCI Auditorium. The Sangeet Natak Academy presented a festival of music and dance featuring fellows and awardees of the year. On the 16th of October, 2012, the performances were – ‘Nayika Mala’ by R K Singhjit Singh and ‘The Child’ by Tanushree Shankar.

‘Nayika Mala’ was a portrayal of Radha as different ‘Nayikas’ in Manipuri dance. The choreography was by R K Singhjit Singh and presented by artistes of ‘Nrityashram’, Delhi. 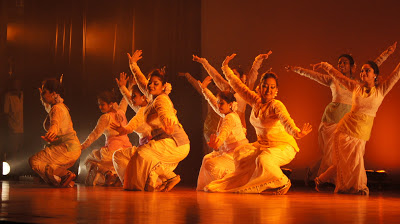 Tanushree Shankar received training in creative dance, Bharatnatyam, Kathakali and Manipuri dance at the Uday Shankar India Culture Centre. She was trained in creative dance by Shrimati Amla Shankar, in Bharatnatyam by Late Guru Gyan Prakash, in Kathakali by Guru P Raghavan and in Manipuri by Guru Tarun Singh and Shrimati Debjani Chaliha. Tanushree has choreographed several prestigious international festivals and mega-events. Her dances are mostly based on music by her husband, composer and popularizer of world music, late Ananda Shankar. The dances are Indian in origin and spirit, modern in presentation and universal in appeal. 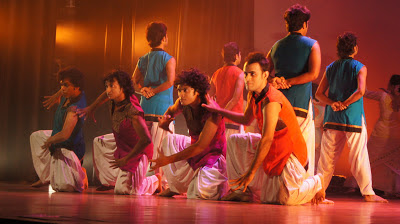 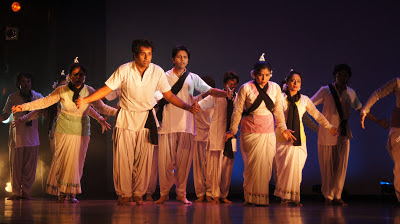 The Child’ seeks to capture the universal spirit of Tagore’s message, which is also relevant in contemporary times. Innovatively choreographed by Tanushree Shankar, modern dance postures are fused with classical dance movements to articulate the dramatic poem. About the choreography, she said, “It was a challenge to choreograph this composition since the theme is abstract. I had to read the poem several times to conceptualize it.” 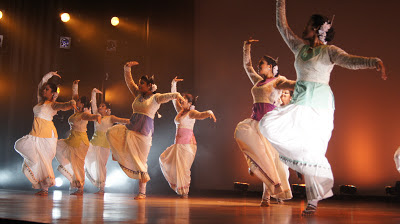 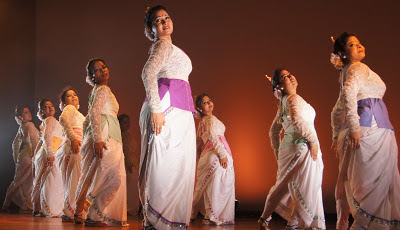 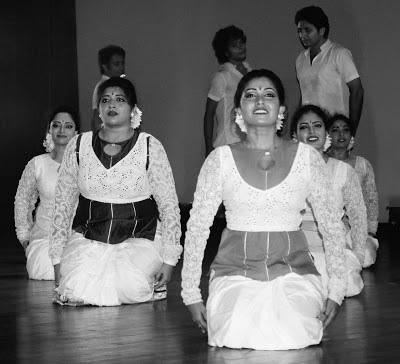 ‘The Child’ is Tagore’s longest poem in English. Tagore visited the village of Oberammergau, near Munich, Germany to watch ‘Christ’s Passion Play’. This is enacted once every ten years, a tradition since 1634. He was so influenced by the play, that he wrote the entire poem in one burst of creative energy. The entire poetry is divided into ten stanzas. The themes are – deep seated unrest, succour promised in the form of new life, the quest resulting in discovering the child, Jesus born in a manger and restoration of hope among mankind. ‘The Child’ is an assertion of Tagore’s faith in man as he journeyed through the darkness of ignorance to the light of knowledge, through a terrain that was full of turmoil, doubts and treachery. He ended the poem with the cry – “victory to man, the new born, the ever living”. 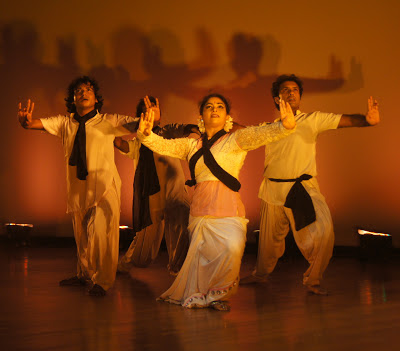 The choreography in creative dance was perfectly done. The group of dancers showed immense energy and coordination. The movements of the dancers were graceful and flowing, depicting the birds at dawn, the mother and the child, following the leader and various other aspects of the poem. The dancers showed all the emotions with perfection, like despair, anger, sobbing of women and exultation. The costumes in black and then in white looked beautiful .Victor Banerjee’s electrifying reading of the poem really held the attention of the audience. The music and lights complemented the performance.
Email Post