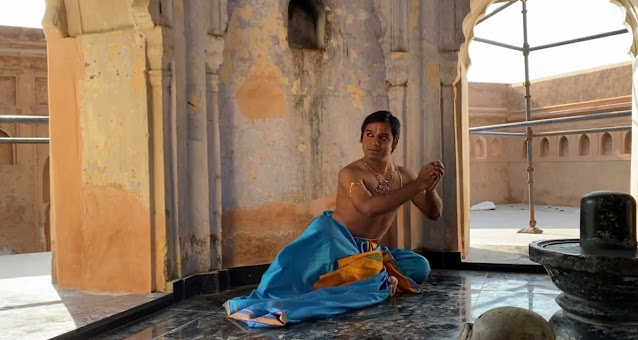 Bharatanatyam dancer and artist Himanshu Shrivastava recorded a video performance for digital arts platform Aalaap Concepts earlier this year. It was a Valentine’s Day presentation series called ‘Love, Dance, Love’ and this video was called ‘Love is a Dice Game’. The venue or setting was an old Shiva temple. In the accompanying text, Himanshu said that he had heard a story that Radha and Krishna first met in a Shiva temple. For the video, he wore a blue dhoti with a yellow border. The dhoti is all spread out in front of him as he is sitting and it is fluttering in the wind. The surroundings are surreal. 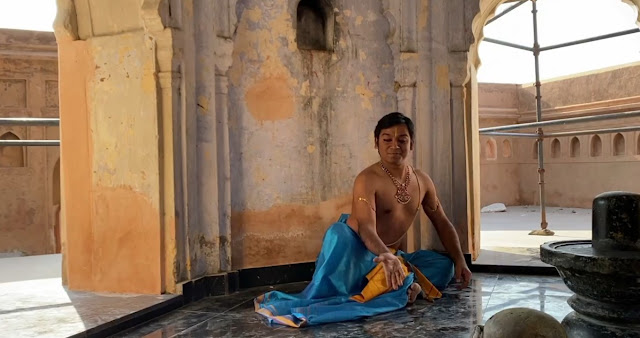 Radha and Krishna meet at the temple and at first glance, they are competing with each other. This was a purely abhinaya piece, with the lyrics conveying the theme. Radha comes in holding her pot of butter. Krishna engages her in a dice game and if she loses, she has to give him a kiss. 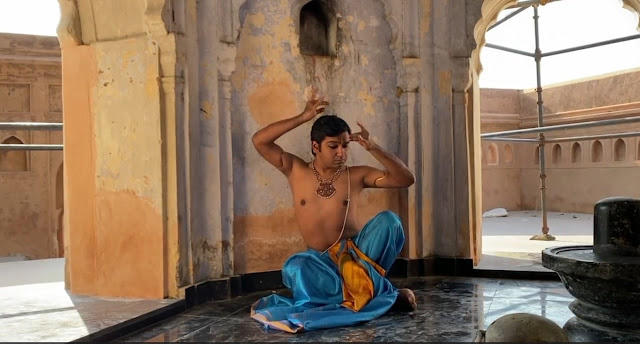 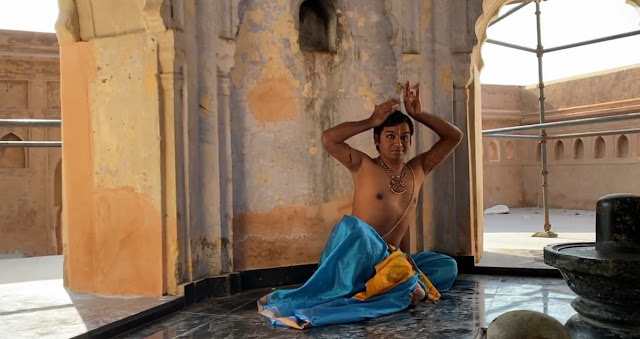 Himanshu portrayed Radha accepting the challenge. Krishna spreads out the cloth for the game and produces the dice. He places his necklace with aplomb at stake and Radha coyly puts hers, and when the dice are rolled, she wins. Next, he places his kati kardhani (girdle belt) and then, his mukut and his morpankh. Radha gracefully places her kardhani and Chandrika, but loses both times. Now she has only her nath to put on stake and Krishna puts his bansuri, but offers the entire lot to her, which she returns to him. 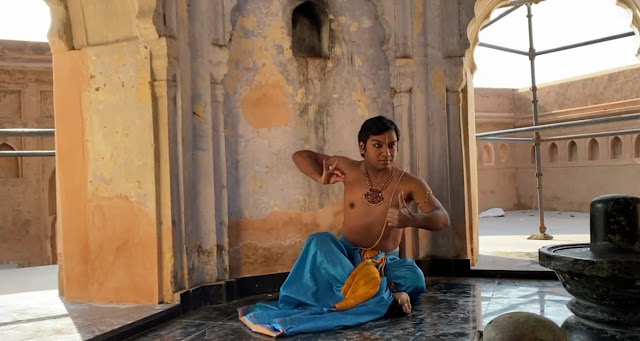 As Krishna’s heart overflows with love for her, Madana comes with his bow and arrow to take his shot. And when he sees them, he accepts defeat, breaks his bow into two and places one piece on each side. So he does the nyaya for both. They have both won and they have both lost and in this pure and sublime love, Manmatha has no role to play. 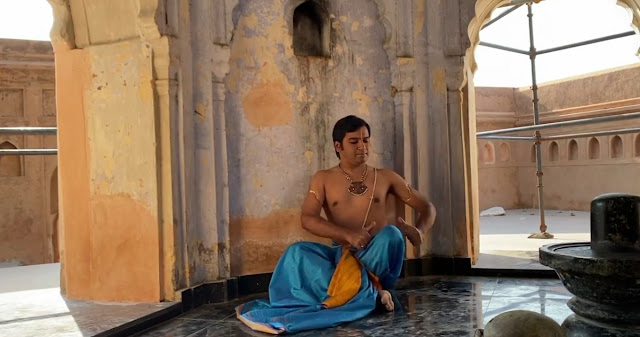 The concept was absolutely out of this world, the location was just out of this world, the vocals were out of this world and awe-inspiring. The expressions of the three characters he played were very thoughtfully conceived and skilfully executed. His eye expressions were brilliant, hand gestures sharp and exact. In short, everything about the piece was surreal and out of this world. One could actually visualize Krishna stopping Radha as she carries her matki on her head, engaging her in a game of dice and then surrendering all to her as he bows to the purity and innocence of her love. 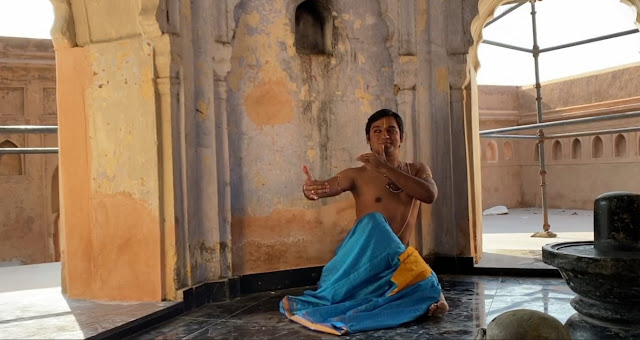 These were the lines visualized and aptly written by Himanshu in which, as the hearts flutter and the emotions run like horses, the rasa is unbroken. And the vocals were very sensitively sung by Keerthana Krishnamurthy, who also did the mixing and gave musical inputs to the song, written and composed by Himanshu. The videography was by Akshay Singh.

You can watch the video here.