ONLINE: Sparsh – the touch we yearn for in a dance film by Aditi Mangaldas 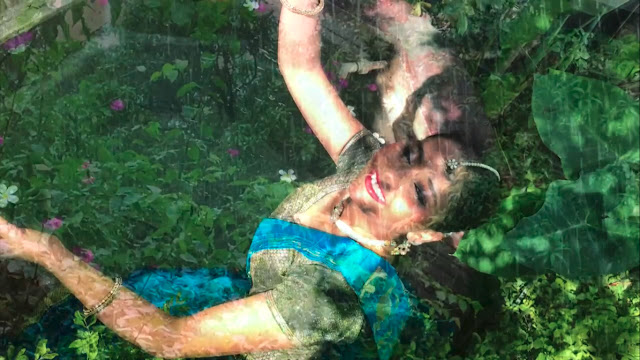 It was the middle of March when the headlines started coming in from all over the world of the second surge, and of an impending lockdown in India. In Delhi, the spring had already ended and we were looking at a long, sultry summer. The new surge and the lockdown were like a bolt out of the blue. Stepping out of your house would mean contracting an even more transmissible variant of the deadly virus, which you could easily pass on to friends and family. Wherever and whoever one was in the world, they were stuck in lockdowns everywhere. 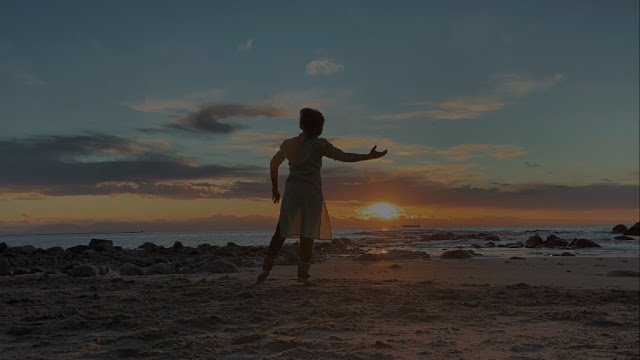 Those long sultry days brought with them fatigue and depression to many. But to an artist, that can also be an opportunity to work on their art with single-minded concentration. Aditi Mangaldas conceptualized, choreographed and taught her repertory dancers a thematic dance online, with all involved scattered across three different continents and time zones. All the dancers shot these clips with their own teams from wherever they were. The choreography is based on a very lyrical tarana which celebrates the monsoon and the rains. The title, ‘Sparsh’, meaning ‘touch’, indicated the exhilaration at the touch of the first raindrops, which one felt while locked inside, the hands outstretched from a window. 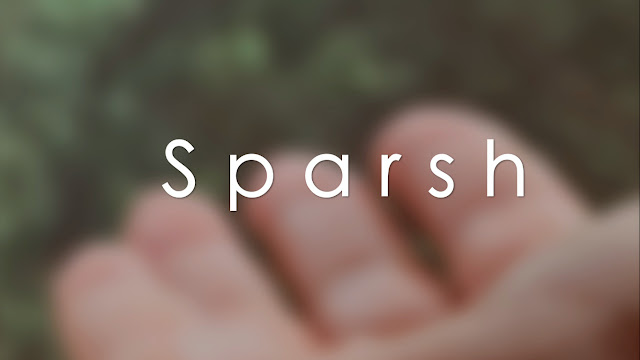 The first impressions after watching the movie were, firstly, that the tarana was very lyrical and melodious. One always thought in ancient times, the rain gods could be invoked by the maestro’s singing, but whether or not it’s true, the melody and the raga can actually make you feel as if it’s pouring on you, whether you are in the midst of rain or not. 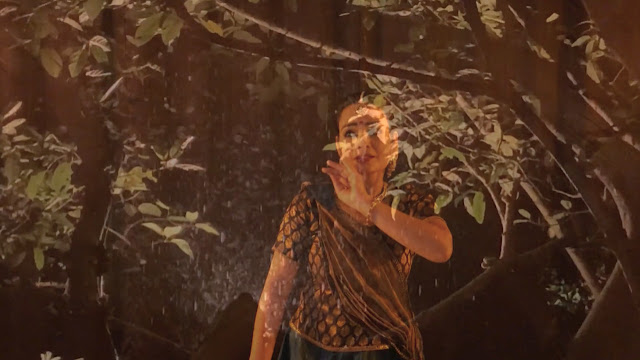 The second feel-good factor are the spaces that have been used to shoot the film – open, well-groomed lawns, trees in a garden, sunset and the beach. All these are things all of us have been missing during this pandemic since it is difficult to move out freely in the outdoors and vacations through the greener avenues are out of the question.

The costuming for the movie is all green and blue and of course, the choreography and the dancers are to be commended. 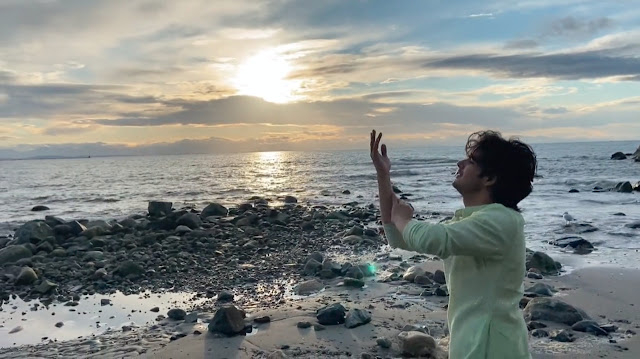 The movie starts with visions of green forests and the sounds of tabla and pakhawaj to set the mood for the rains. Each dancer appears to be enjoying the rain in their own way, with their freezes being superimposed on the greenery all around them. Each one is seen performing to the bols of tukdas in open spaces, the porches of their homes, gardens and terraces. They are all awaiting the rain. And when finally the rains do come, you can see Ashish and Mohit playing the instruments in the lawns and in the interiors of Drishtikon Dance Studio. The image superimposed on them was that of water all around and droplets falling as if they were sitting in water. The drums sounded like the rumbling of the skies as the dark monsoon clouds gather. And as the clinking of the manjira made the sound of the falling rain, each dancer is seen responding in his or her own way to the first drops of rain falling on them. 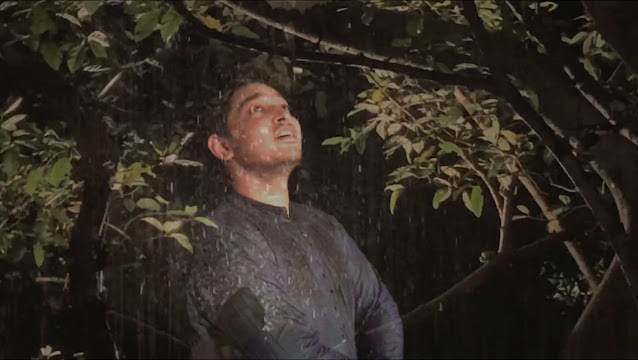 The nayikas are then shown depicting the various aspects of romance in the rain. One is looking at her image in the pond, drying her hair as she begins to dress up in anticipation of her beloved. Manoj Sonagra shows the birds flying away and Gaurav Bhatti is shown at the beach, gazing at the clouds. Each dancer expresses his or her joy in chakkars. The nayika at the pond is totally intoxicated with the romance in her environs as she dresses up. Again, using tihais, parans and tukdas, each dancer depicts his or her response to the onset of the rain. While one frolicks and splashes water, the other carefully walks by. 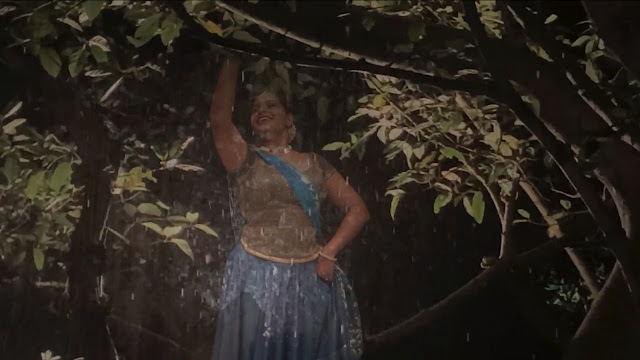 It was the competent camera work and the dancers working wonders as each one showed their footwork against the image of water and raindrops falling. Each dancer, as the nayika, finds different expressions of her romance. Anjana is the forlorn nayika, caressing the tree and yearning for her lover. The other dancer splashes the water in the pond. Rashmi, dancing in circles, transforms into a very beautiful peacock, moving back and forth. The sound of the water flowing could be heard in the movie now. Gaurav needs a commendation for his dancing in the sand after an aamad and some chakkars. 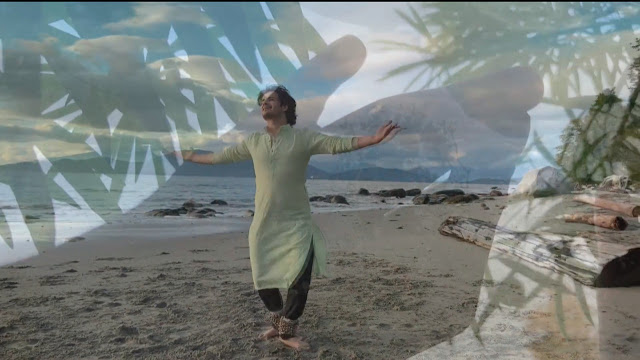 The entire production was about finding that green patch in your life and the touch and smell of raindrops. The music and the vocals were excellent, and the choreography had to be outstanding, with Aditi at the helm. The dancers, even though the platform was new, made a great effort. The greatest part, however, was played was that of the videography, which most of them chose to do themselves. And, of course, the editing, as you do not see any break in the movement: where one dancer stops, the next begins in the same posture.