Like COVID fatigue described the laxity in restrictions after a few months of lockdown, there should be a term called ‘COVID despair’ to describe the hopelessness that some people are experiencing. The artist community might be especially prone to this, seeing how regular audiences have not been able to return to stage performances and for many, livelihood prospects are no better. It was this that Vidha Lal addressed in her 19th episode of Sankalp: The Journey Shall Continue. She quoted the doha ‘karat karat abhiyaas ke’ by Kavi Vrind to emphasize that no matter how difficult this time is, all of us, especially artists, can get past it if we persevere.

The performer for this episode was Darshana Muley, disciple of Guru Swati Kolle. She belongs to the Banaras gharana and is a young disciple of a young guru, who in turn was trained under Guru Manjiri Deo.

Darshana spoke in clear, eloquent Hindustani and started with pranaam to the instruments and her accompanists. The first piece was a Krishna stuti, ‘Gopalam Gokulanandam Govindam’. In this composition, she displayed the attributes of Lord Krishna, taking gestures and stances with grace, expression and precision. Her guru Swati Kolle accompanied her on padhant with very clear and expressive bols. 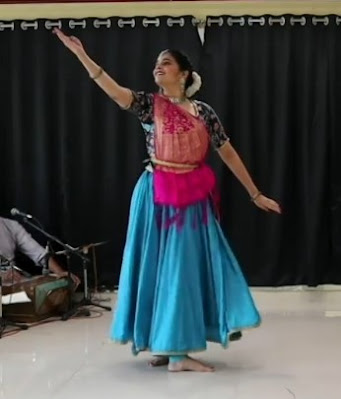 In her technical portion, she presented teen taal solah matra, starting with a thaat, which was very slow and graceful. She did an uthaan with flair, a paran with 20 chakkars, and a chalan composed by her dada guru Pt. Mukundraj Deo. The footwork was very neat and her prowess was apparent in her attitude and her grace. There was a lot of precision in her nritta when she performed a do-palli bandish in drut laya. She finished the aamad with diagonal hands in fact-paced chakkars. She did a paran with tisra, chatusra and mishra jati, accompanied by powerful padhant by her guru. Then she did a gat nikas, which was a seedhe haath ki gat, one which is not so common. She displayed a lot of flair and supreme confidence, but her pace remained perfect for each piece, with no attempt at fast movements just for applause. 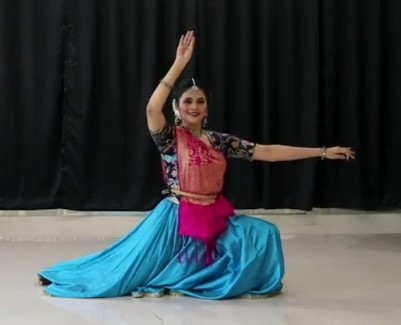 Darshana’s entire technical presentation had good bhava, but when she began the bhava piece, her expressions for the same technical movements changed to reflect the mood of the piece. This was a rare sign of intelligence and maturity in a dancer and it was no surprise that the bhava piece was a stand-out on Sankalp. The piece was on Draupadi cheer haran. The abhinaya that a dancer does along with a natya piece is usually enough to portray the story. But here, Darshana effectively used the excellent vachika abhinaya by her guru to dance to the story of Draupadi cheer haran. Her guru made modulations to her voice and very aptly showed the dice game as it proceeded. She used the voiceover very effectively, speaking Shakuni’s dialogues with an entertaining inflection. The cunning Shakuni was portrayed very well through smirks and loud laughter. This presentation brought out the natya element in the production, making it even more attractive to the audience. 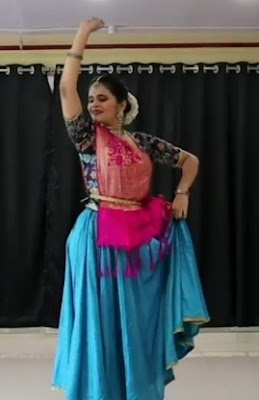 Darshana was accompanied by Shrirang Tembe on vocals and Sandeep Kolle on tabla. You can watch the performance here: https://www.facebook.com/VidhaLalKathak/videos/3581379931976356/