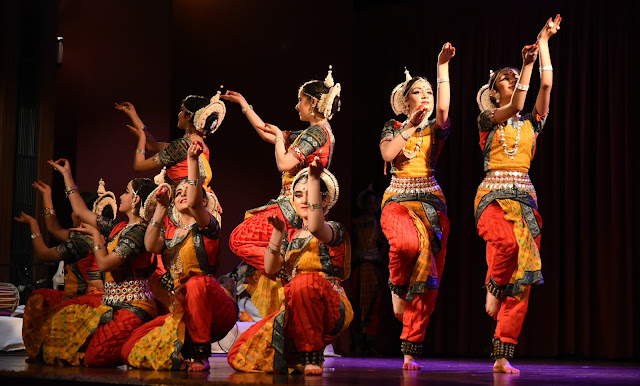 Utsav Educational and Cultural Society – Ranjana Gauhar’s Odissi Dance Academy recently organized Su-tarang. Ranjana ji’s disciples performed in this event, which is sort of their annual festival. I missed a part of the programme, but I take pleasure in reporting the rest through a short report nevertheless. 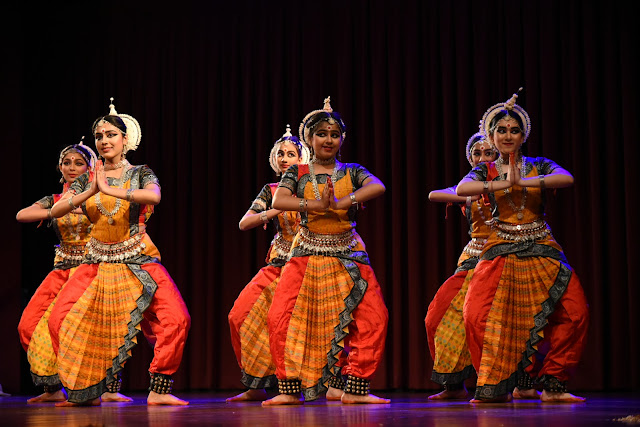 The students were very well-groomed and were costumed in yellow and red. They performed a batu in ektaal, Raag Mohana. The dancers took artistic, sculpture-like stances to depict various musical instruments. The piece was well-rehearsed and executed gracefully. 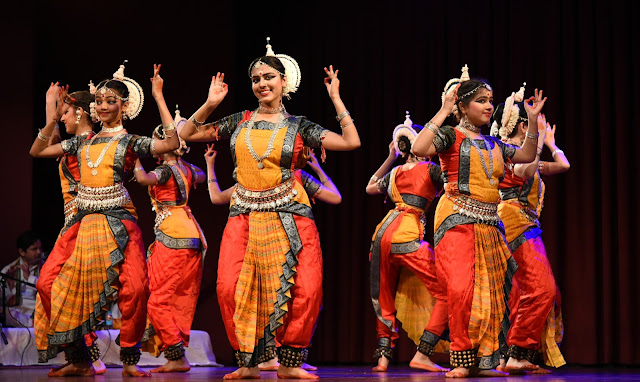 Next was a Radha-Krishna raas leela in ektaal, Raag Mishra Kaafi. The dancers depicted scenes of raas and the playing of instruments. ‘Dekho go Radha Madhav chaali’ was the composition. The dancers formed a boat with Radha Madhav in the centre, showing the rowing by performing footwork on their heels. 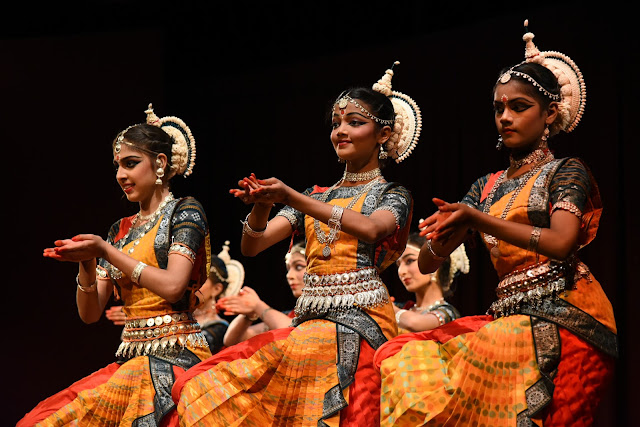 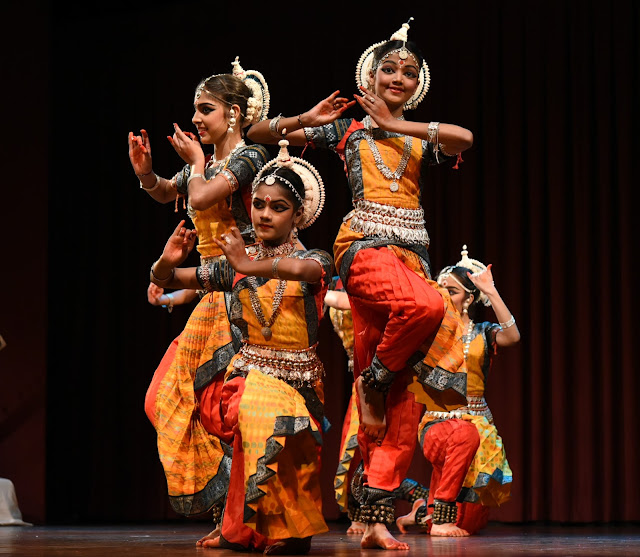 Finally, they danced to ‘Jai Maa’, a composition depicting the attributes of the 16 names of the devi in Raag Bhairavi, ektaal. Mahakali Bhuvaneshwari was depicted through formations and finally, the dancers presented moksha. 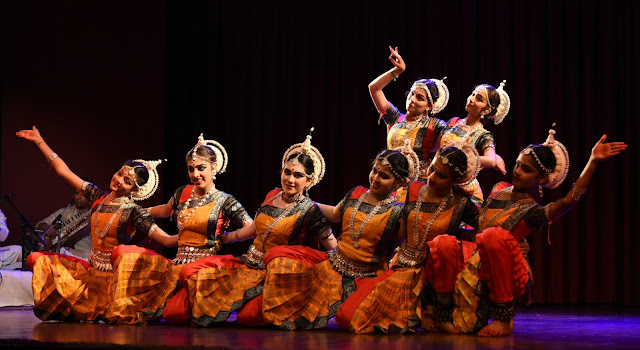 Ranjana ji’s disciples were costumed with great precision .I missed the first few pieces, when the smaller children performed, but I am sure that they must have shown the same grace and versatility as the well-trained and groomed older disciples. Their body movements and bhangas were well-executed, some of them exhibiting great maturity in their expressions as well.The formations taken after every piece were well executed. Kudos to the guru who has put in so much effort. 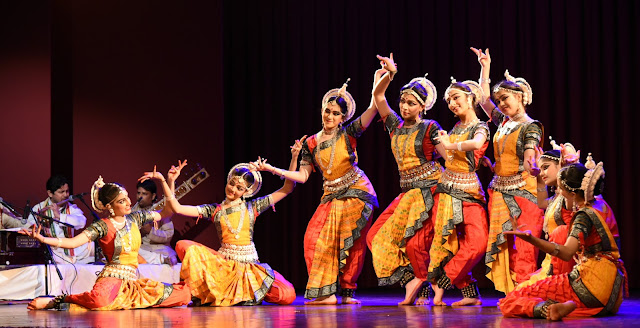