Sandhya Raman presents the weaves of Arunachal in wearable designs

Arunachal Pradesh State Weavers Coop Federation Limited and Desmania presented a fashion show called ‘Enigmatic East - from Zero to Infinity’, designed and curated by Sandhya Raman, at IHC, Delhi, on the 19th of January, 2019. I have been unfamiliar with fashion shows since I have always felt that a show is mostly for fashionistas and that it never does exhibit wearable clothes for the commoner. But here, I was pleasantly proven wrong.

Firstly, Santosh Nair’s contemporary Chhau dancers added an element of novelty and interest to the show. Secondly, it was an initiative to bring the beauty of the art and craft of the weaves of Arunachal Pradesh to the mainstream. The texture and colours of the clothes were very eye-catching and beautiful and the designs were also wearable. In the beginning, the dancers came in red and black costumes and did very energetic and exuberant moves on the stage. The models had red and white designs painted on their foreheads to add to the ethnicity of the show. In the first round, the predominant colour was red.

The entire show was a clear indication that Indian weaves could easily lend themselves to any kind of fashion, whether ethnic, contemporary or western. Kudos to Sandhya Raman in her endeavour to collaborate with the weavers of Arunachal and showcase their colours and patterns in a contemporary way that would appeal to everyone. Besides, the dancers and the colourful neckpieces the models wore with their dresses added to the beauty of Indian craft. 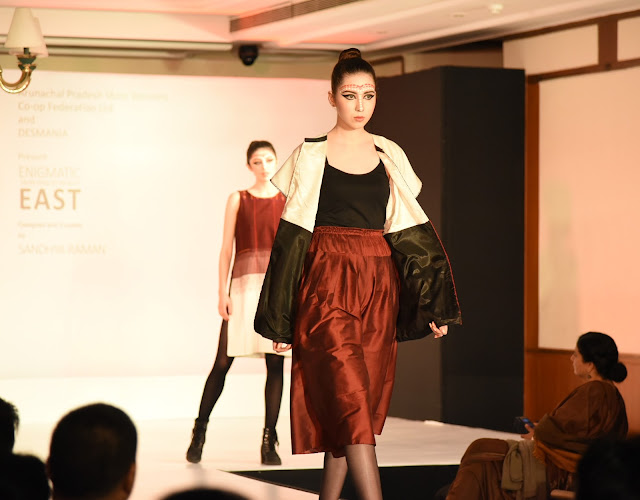 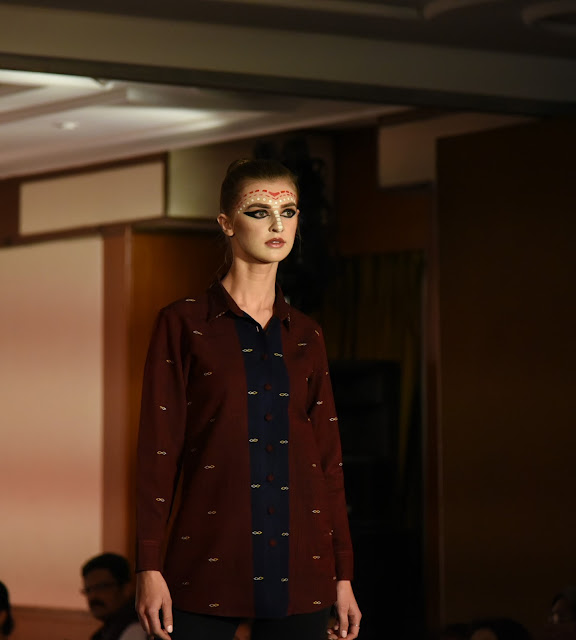 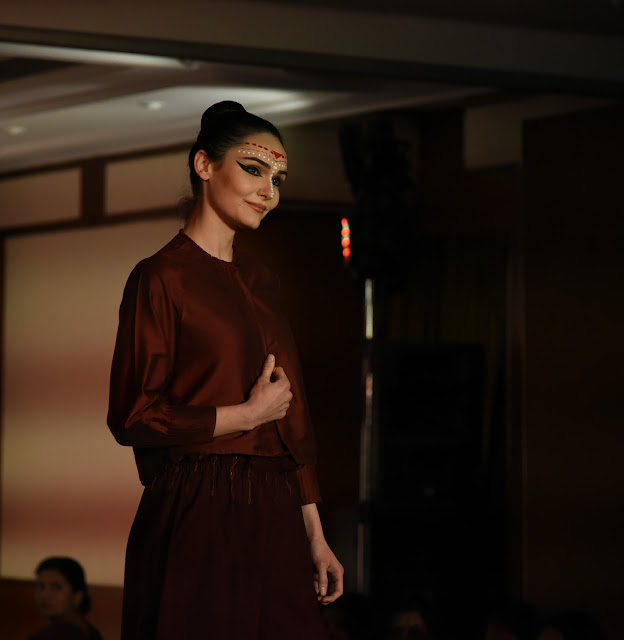 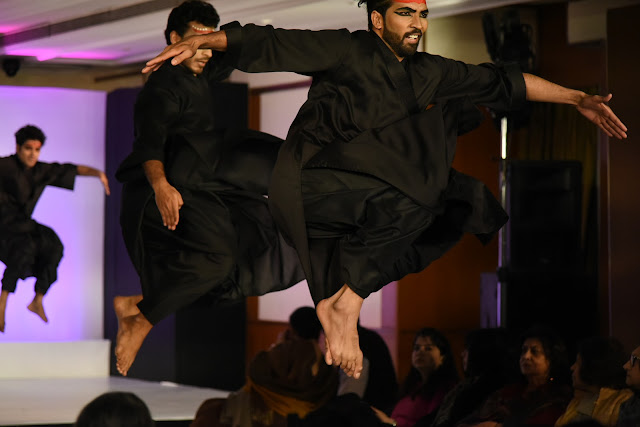 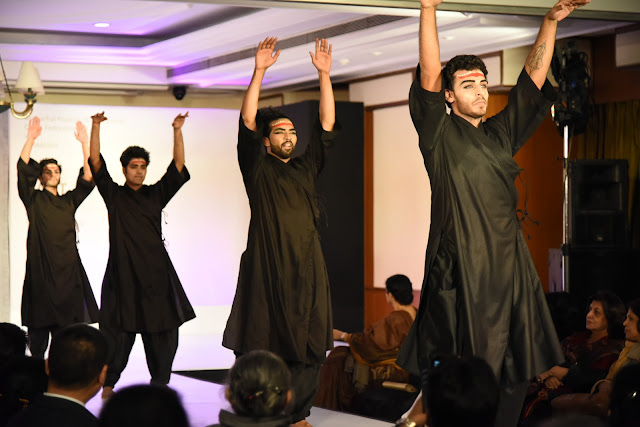 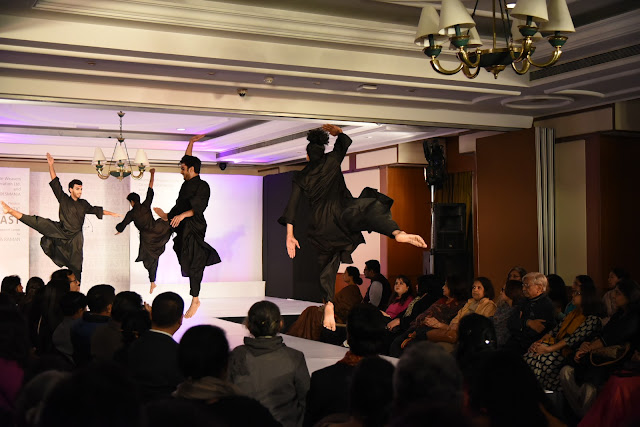 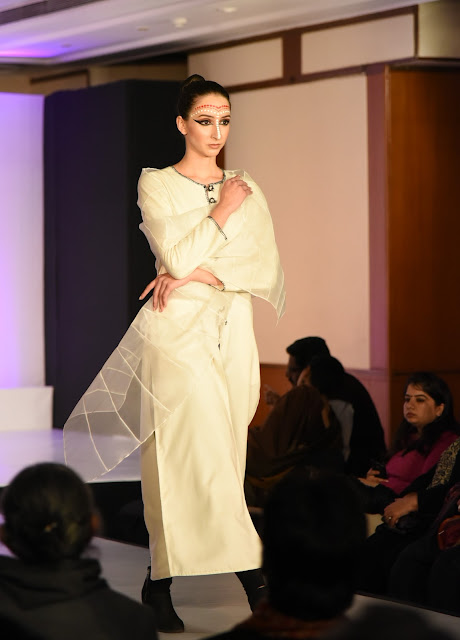 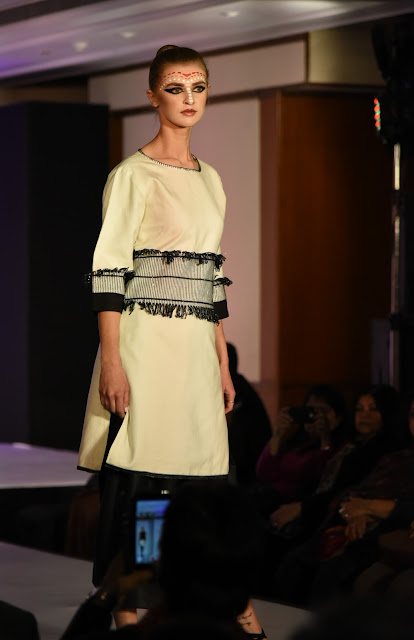 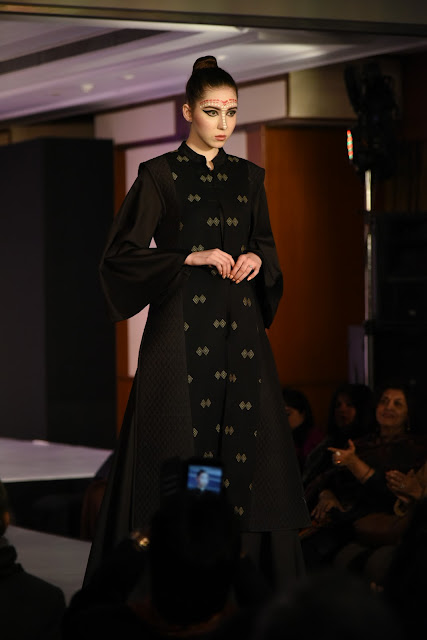 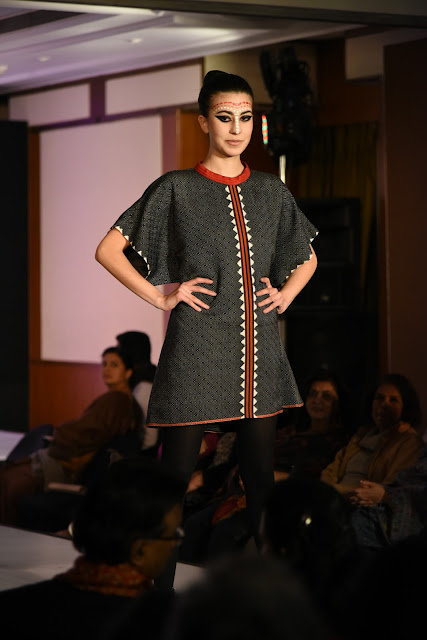 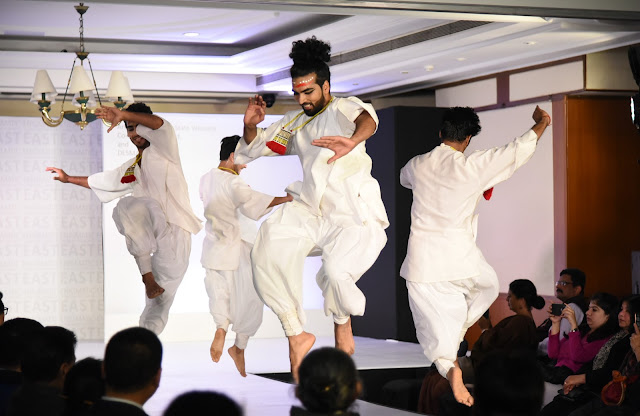 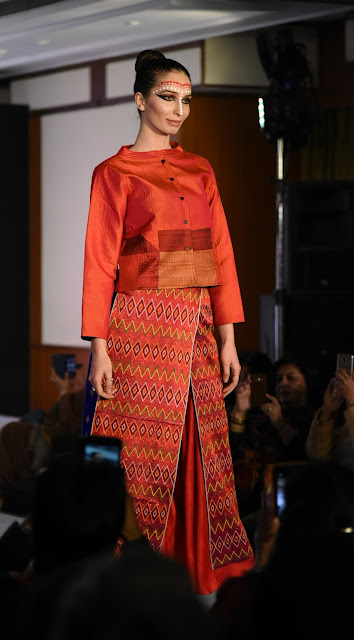 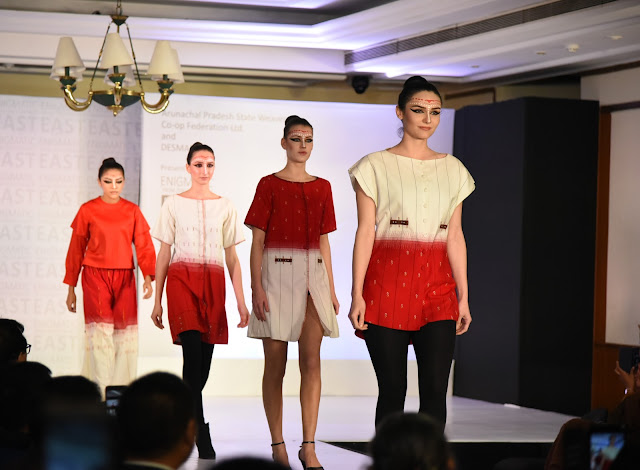 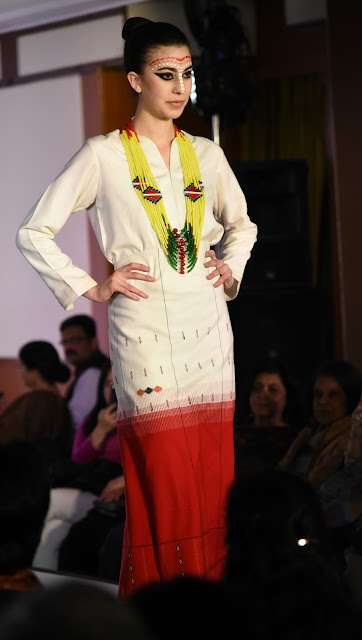 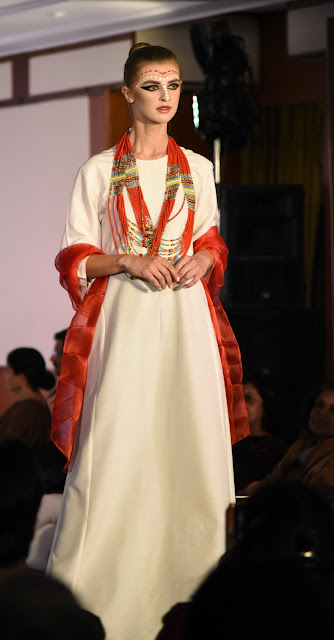 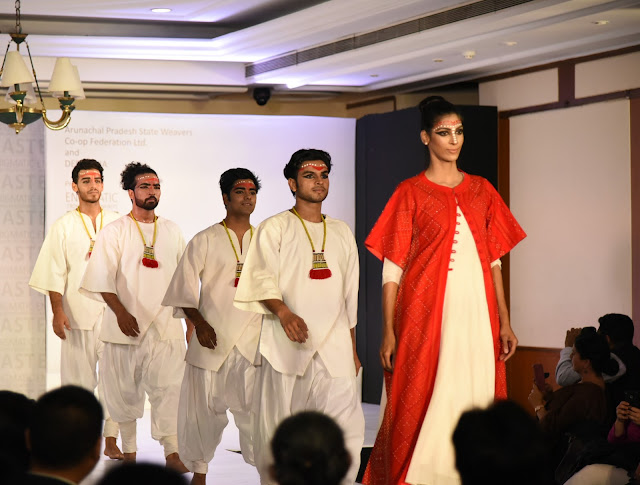 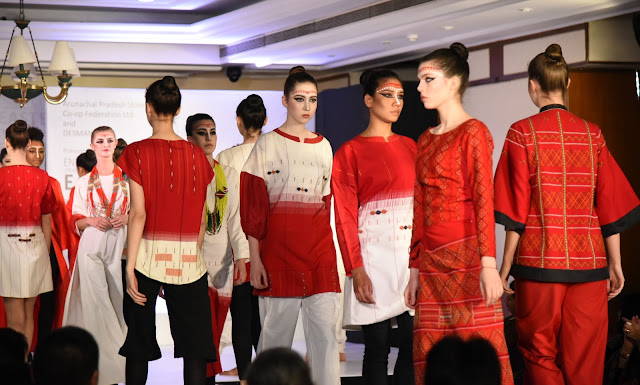