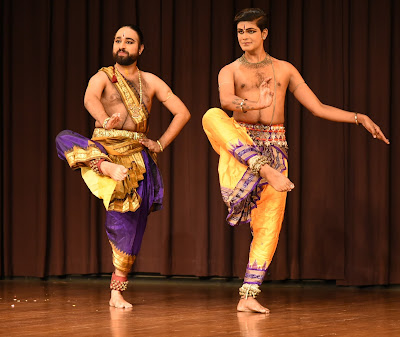 The Sauhardya Festival 2016 was held at the Triveni Kala Sangam in Delhi on the 22nd of October this year. Vinod Kevin Akshay Bachan, a disciple of Padma Shri Ranjana Gauhar, and Simarpreet Singh Sokhi, a disciple of Swagata Sen Pillai, were the two dancers. 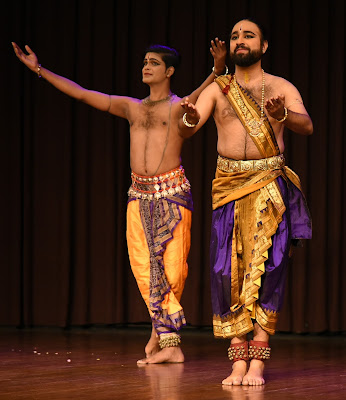 They started with a vandana, an ode to Lord Shambhu Mahadeva, in dhrupad shaili. The two dancers depicted the attributes of Shiva as vishwanath, vishwambar, pashupati, pinakapati, chidanand, neelakanth, with choreography by Swagata Sen Pillai. 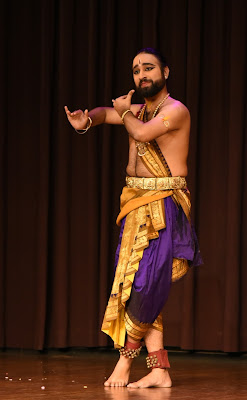 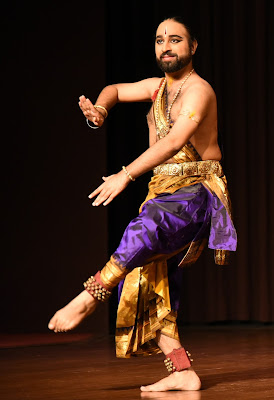 Next was a kirtanam by Simarpreet. It was a description of the dance of Lord Shiva in the golden hall of Thillai, Chidambaram. Natanam Adinar describes the Ganga residing in the matted locks of Shiva. The earth shook when Shiva danced the celestial dance. It was in ragam Vasantha, taalam khanda-ata, composed by Gopalakrishna Bharati, choreography Rukmini Devi Arundale. 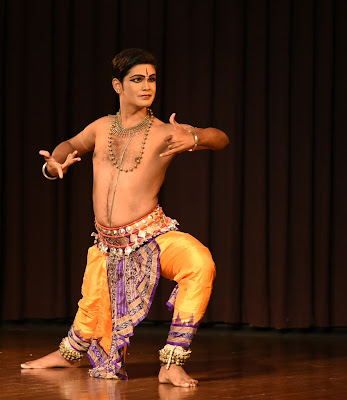 The next piece was a bhajan performed by Kevin. It was about seeking peace at the feet of the Lord Kashi Vishwanatha. It was in ragam Asavari, talam khemtal, composed by Swati Tirunal, with choreography by Ranjana Gauhar and music by Saroj Mohanty. The portrayal showed the trinetra, chandra, snakes, the damru, jata, Ganga, bhasma, trishul - the attributes of Lord Shiva. 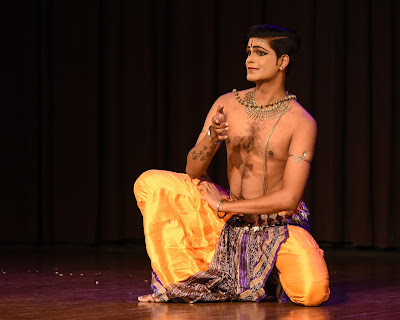 This was followed by a kirtanam about enchanting Krishna. It was in ragam Mallika, aditalam, composed by Purandara Dasa, with music by S Rajaram. The piece described the incarnations of Lord Vishnu, particularly the vamana avatar as he destroys the ego of king Bali. . Simar ended the performance in a stance depicting Lord Vishnu with shankha and chakra. 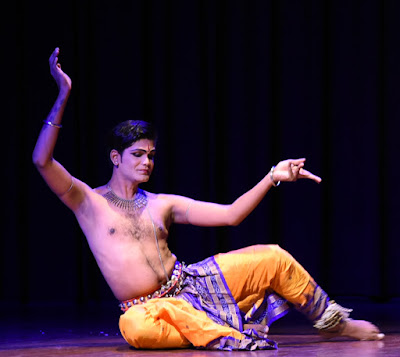 The next piece, a pallavi by Kevin, was a pure dance piece in ragam Mishra Shankarabharanam, tal ektal, composed by Guru Pankaj Charan Das and choreographed by Guru Mayadhar Raut. It was a very gracefully rendered piece. The following padam by Simar was an abhinaya piece, wherein the devotee pleads to the Lord Thiruarur to reveal Himself to him and finally contents himself with gazing at Him. This was in ragam Bhairavi, talam mishrachapu, choroegraphed by Rukmini Devi Arundale.

Kevin then performed the dashavatar, a description of the ten incarnations of Lord Vishnu, or Krishna himself. The description used the composition Jai Jagadish Hare by Jayadev. Kevin described the incarnations of fish, tortoise, vaman, boar, Parashuram, Balaram, Ram, Buddha and Kalki. Kevin had both the energy for the nritta and the grace for the postures. The two dancers ended with a thillana dedicated to Kamakshi of Kanchipuri and a mangala. They showed good rapport. Kevin as a dancer has a lot of grace and technique with very complete movements. He is a promising young dancer. Simarpreet too has a lot of promise.It was a performance where the choreography was done by the legends and executed by the upcoming dancers.