We recently attended the India Art Festival (not the Fair), and were very impressed by the works there. This is a gathering of many galleries who bring their work to this one platform. We clicked hundreds of pictures, some of which you see here, and also spoke to a couple of artists about their work. 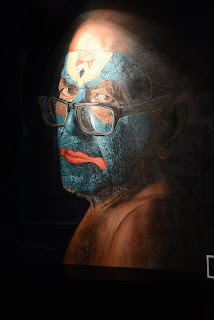 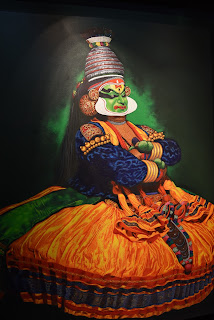 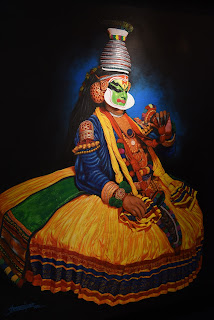 Supriya Mozumdar, the artist told us, “I want to do similar portraits of Pt Ravi Shankar, Dev Anand, Rajesh Khanna, Michael Jackson and many more, who have left a vacuum in this world.” 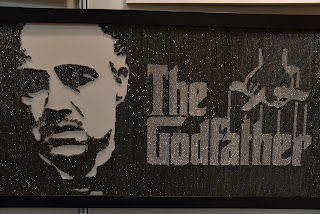 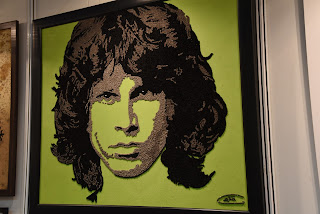 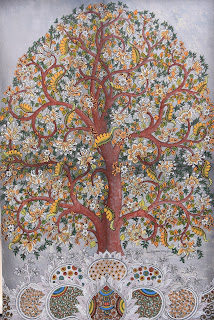 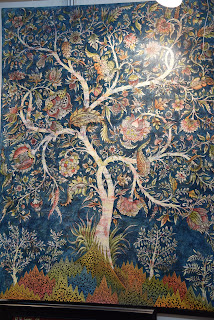 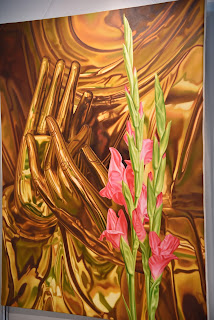 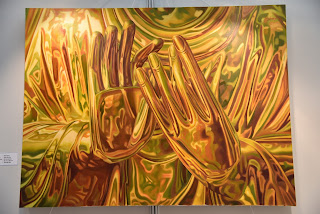 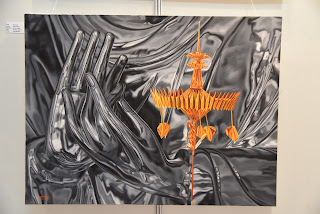 Prof Kidwai, the artist, said, “The medium used is bronze. My inspiration to use hands and feet is leprosy. Leprosy starts from the hands, especially the nails. I knew a person whose disease had just started, and two of his fingers had to be amputated. Despite having money and position in society, he lost his personality due to the disease. So I use the hands and the feet to make various forms and in order to beautify them, I give them the garb of calligraphy. I do try to change my subject and come back again to it.” 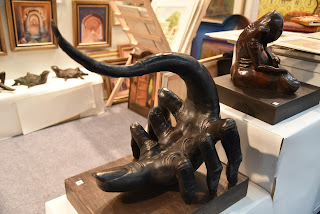 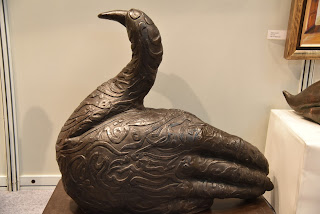