Poshak and padam: An evening of dance bliss 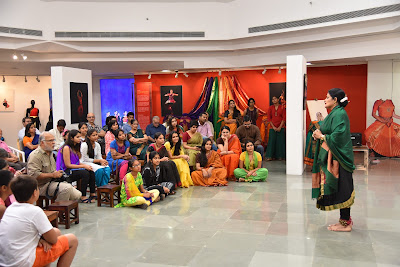 The first composition was a Shiva Shlokam. The piece elaborates on the attributes of the Lord – his kind face, his form and locks. The second piece was a padam by Swati Tirunal – Alarshara Paritapam. It is a reposeful padam elaborating on an evening with the sun setting and the heroine in pain of separation from Lord Padmanabha. In her depiction, Geeta showed the heroine stringing flowers into a gajra and wearing them in her hair. The noise of the bees is elevating her pain. The rain and the blossoming flowers (jalaj bandhu) are adding to the sting of the arrows of Kamdev. The sakhi is requested to carry the message to the Lord and is addressed as the ‘pikbayani’, one with a cuckoo's voice, and also as one with beautiful long tresses. The terracotta figurines on which the costumes had been draped stood in for the sakhi. 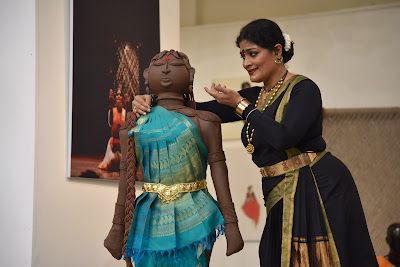 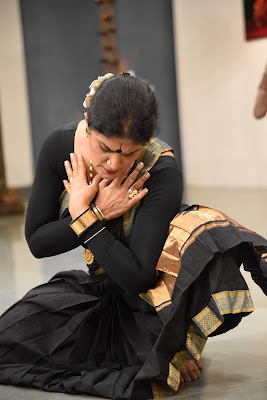 The third piece was composed by Surdas, in which Radha is an uttama nayika. She is portrayed as the khandita nayika when Krishna does not turn up in the night, and makes an appearance in the morning with signs of having spent the night with another sakhi. She asks him to leave. In the elaboration, Geeta portrays Radha stringing flowers and beautifying her room when she sees Krishna back from having spent the night with another sakhi. She says, "Mohe chhuo jani, dur raho (Don't touch me, stay away. Where are your belt and bansuri? Leave, don't mess with me when another rules your heart. We here are not fools to bear with you)”. She bolts the door with regret and a heavy heart. Geeta captured the emotions in the piece very well - sarcasm, pain yet dignity in grief. And finally, Geeta performed Bhuvaneshwara, a prayer to the Almighty, the all-pervading force that is like a light in the darkness of the sadness of the world. The Lord Almighty comes to the aid of the helpless. 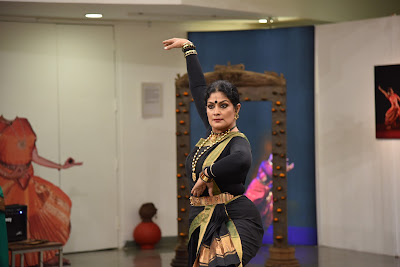 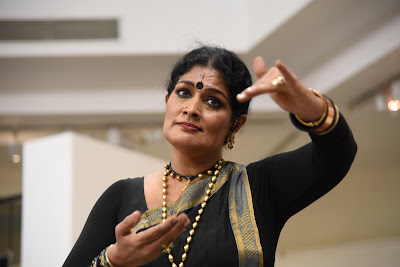 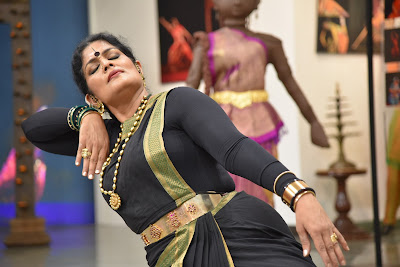 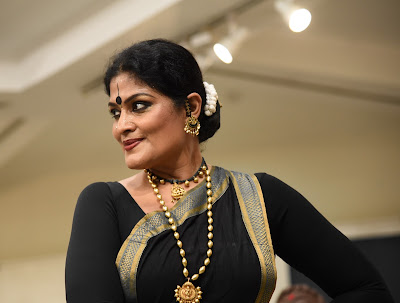