The pathos of Karna 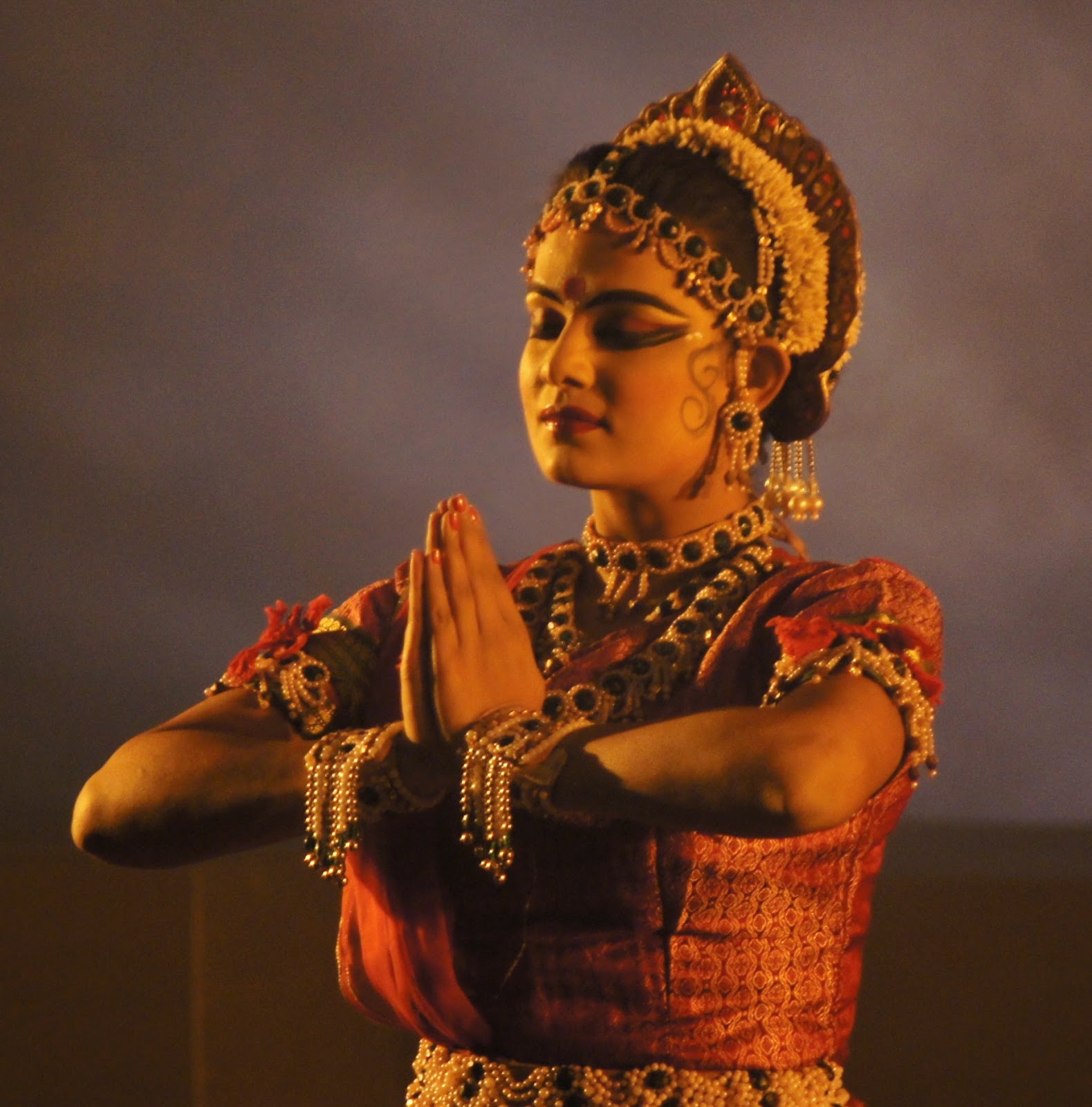 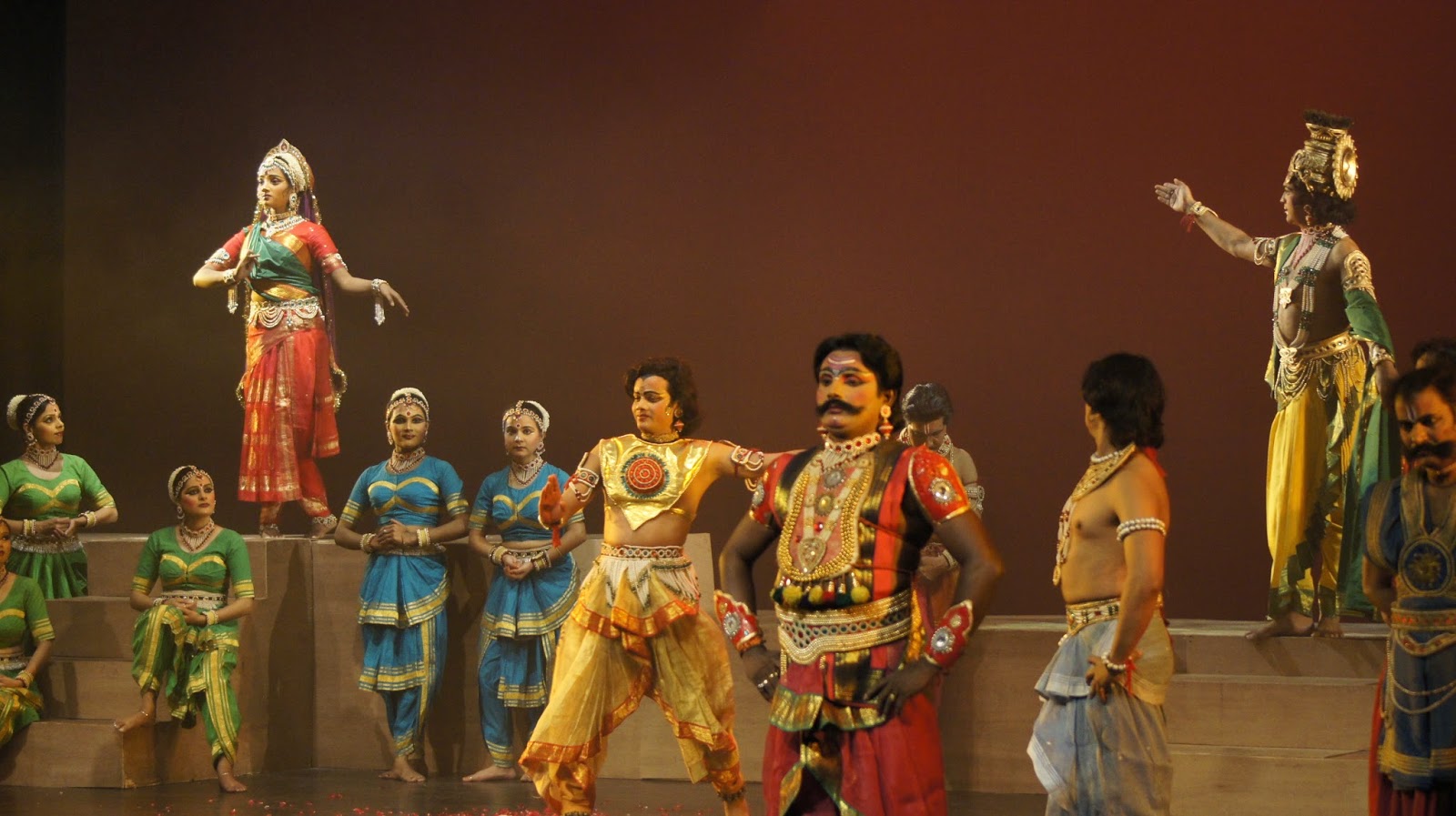 Shashidharan Nair has trained in Kathakali under K Padmanabhan Nair and in Mayurbhanj Chhau under Guru Krishna Chandra Naik. He has also trained in modern dance improvisation and choreography with American choreographers. He has worked under Shri Parbhat Ganguly, Shrimati Gul Bardhan and Yogsunder Desai. 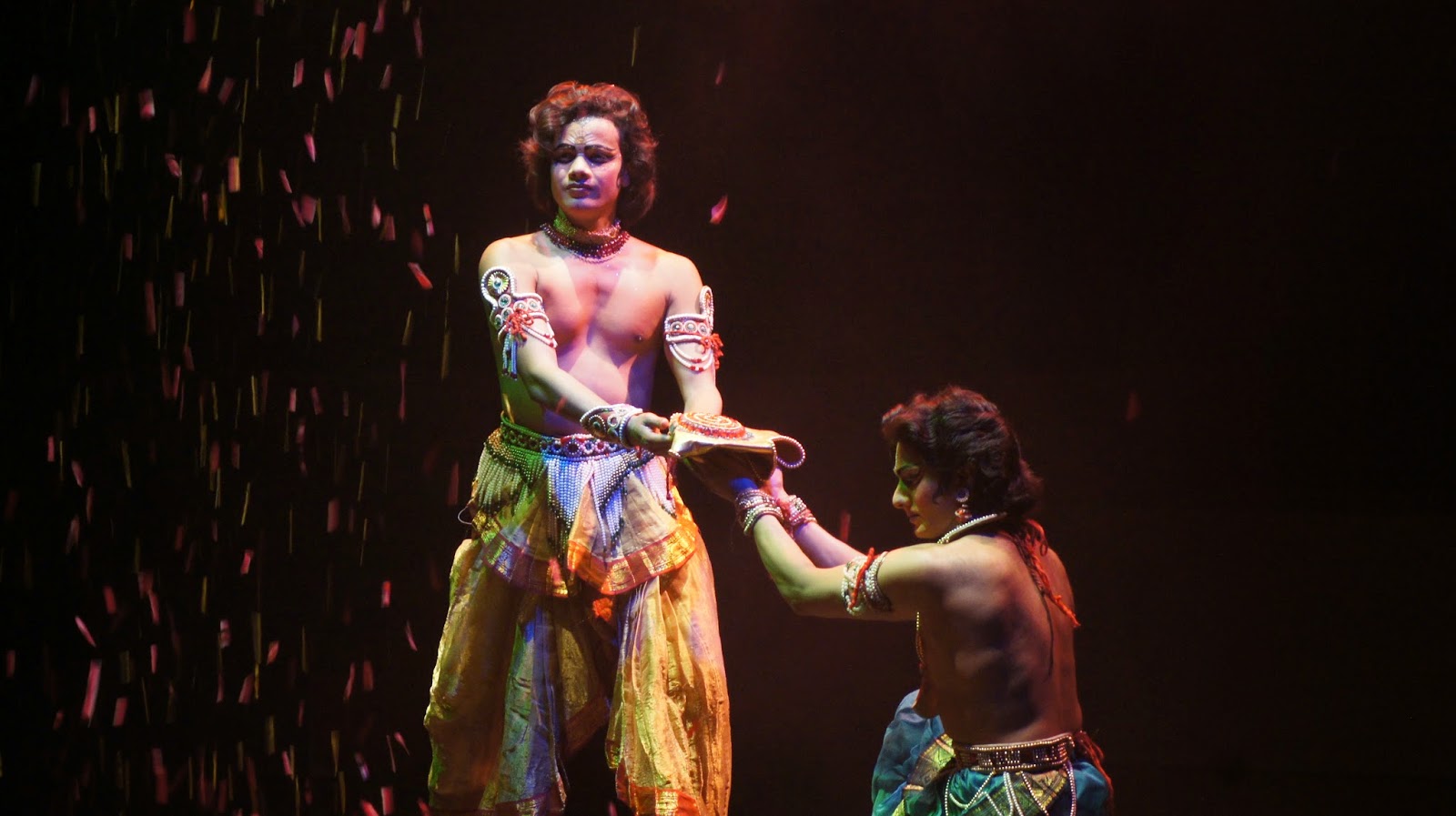 The ballet brings out the positive qualities of Karna - his valour, his loyalty, and honesty. Society, in return, gave him a hostile milieu. The story is from the epic Mahabharata and brings out the ironies in life. 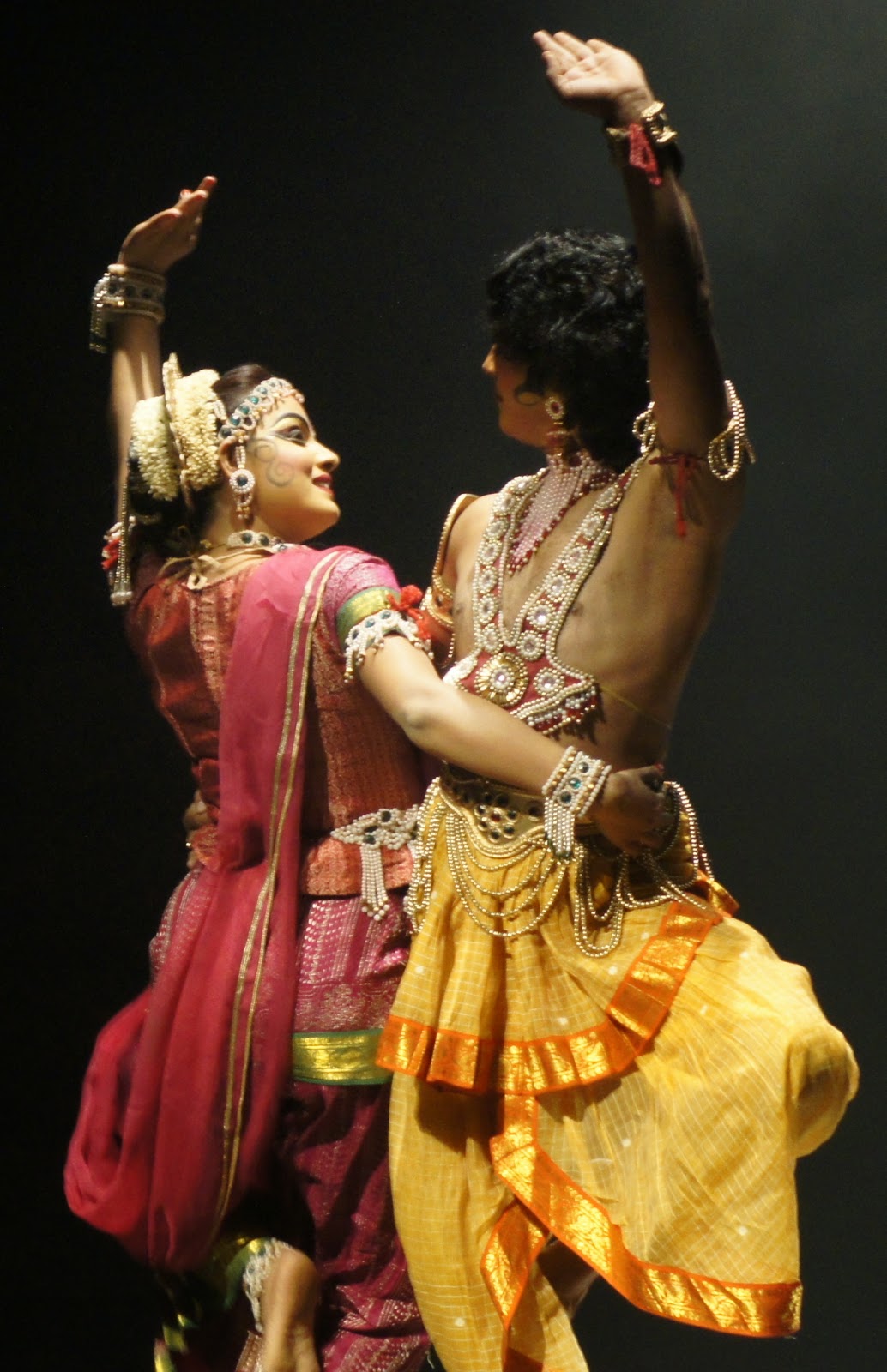 As a reward for worshipping the rishis, Kunti is blessed with a son from the sun God. But due to social pressure, since she is an unwed mother, she abandons the child, setting him afloat in a basket in the river.  Adirath and Radhe find him in the river and bring him up as their own. Guru Dronacharya refuses to train him in archery and warfare, since he is not royal blood. An angered Karna makes the Sun his Guru and betters the skills of Arjuna. He is befriended by Duryodhana, who offers him the kingdom of Angadesh. 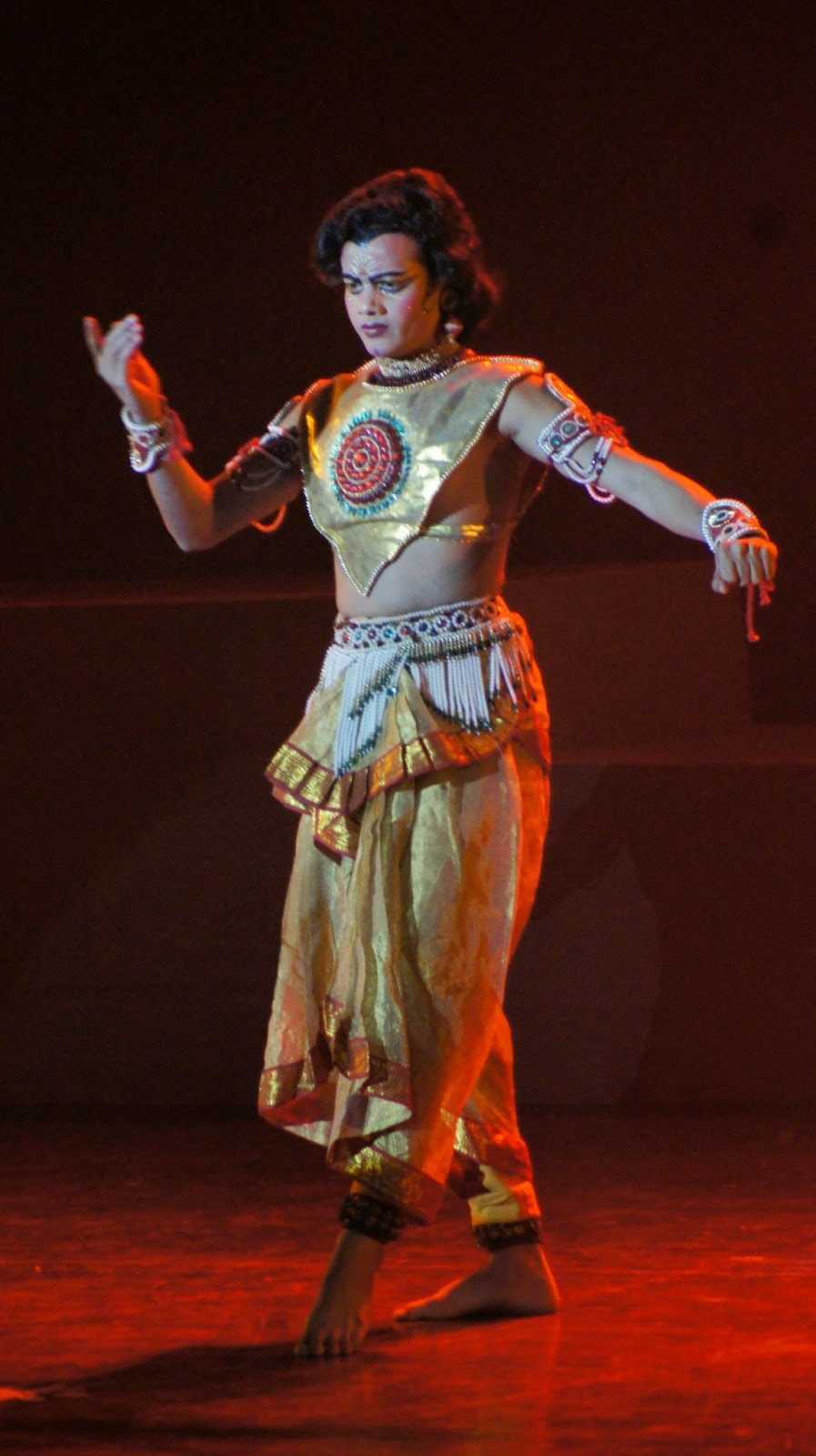 In the swayamvar for the marriage of Draupadi, Karna faces refusal because of his caste. Indra, disguised as a sage, deprives him of his armour and ear ornaments. Parashuram curses him that he will forget his knowledge when he needs it the most. In the game of dice between Kauravs and the Pandavas, where the latter lose all, including their wife Draupadi, she is derobed by Dushhasan and saved by Krishna, who appears as her saree, Karna is shown to sympathize with her. 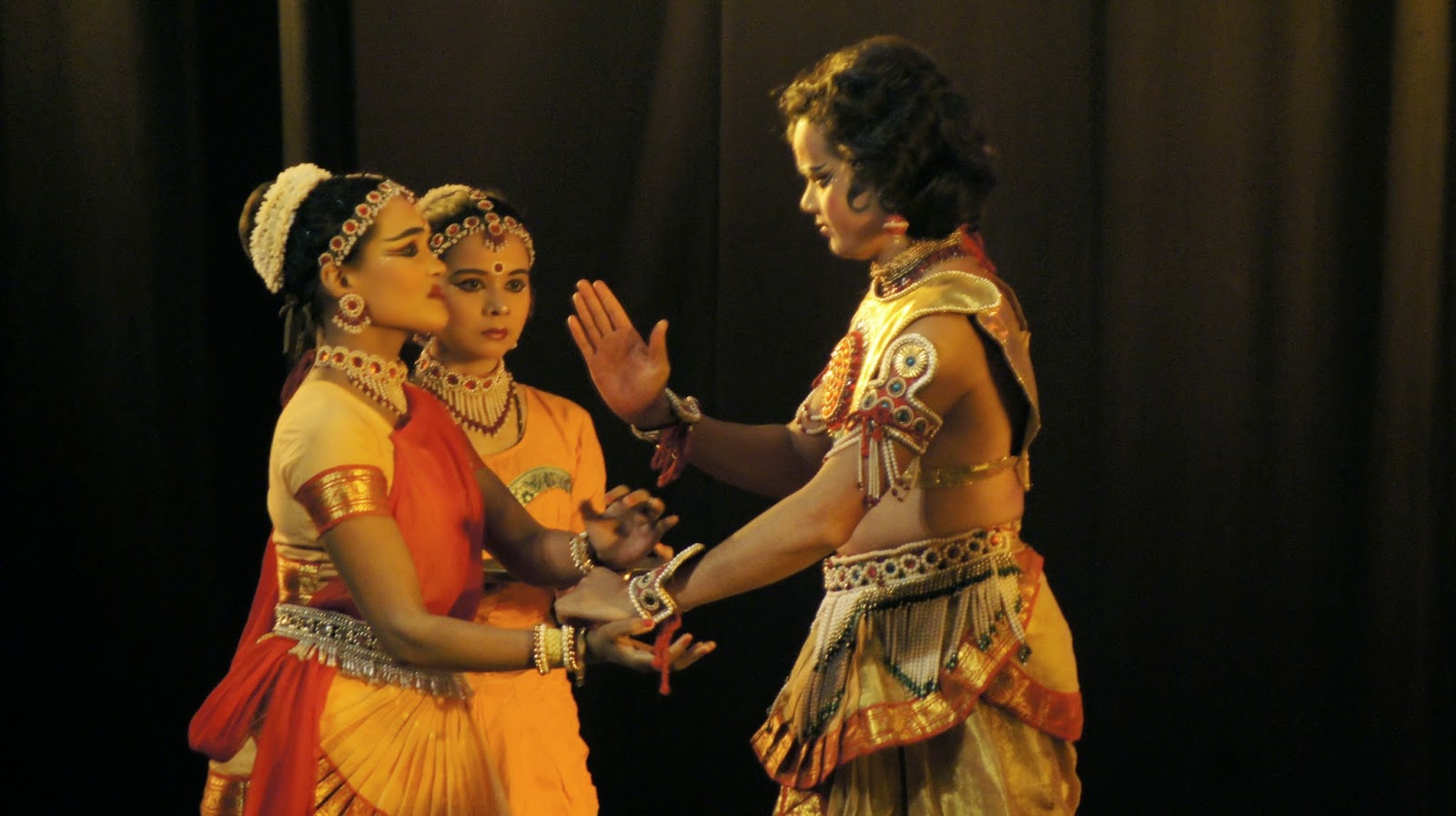 The war of Mahabharata follows and Karna fights for the Kauravs, since he is indebted to his friend, Duryodhana. Krishna tries to dissuade him by telling him of his parentage, and Kunti also tells him that he is fighting against his brothers. He promises her that besides Arjun, he would harm none of his other brothers. During the fight with Arjun, his chariot gets stuck in a bog and Arjuna, incited by Krishna, shoots an arrow at him to kill him. The ballet depicts the various episodes from the story. 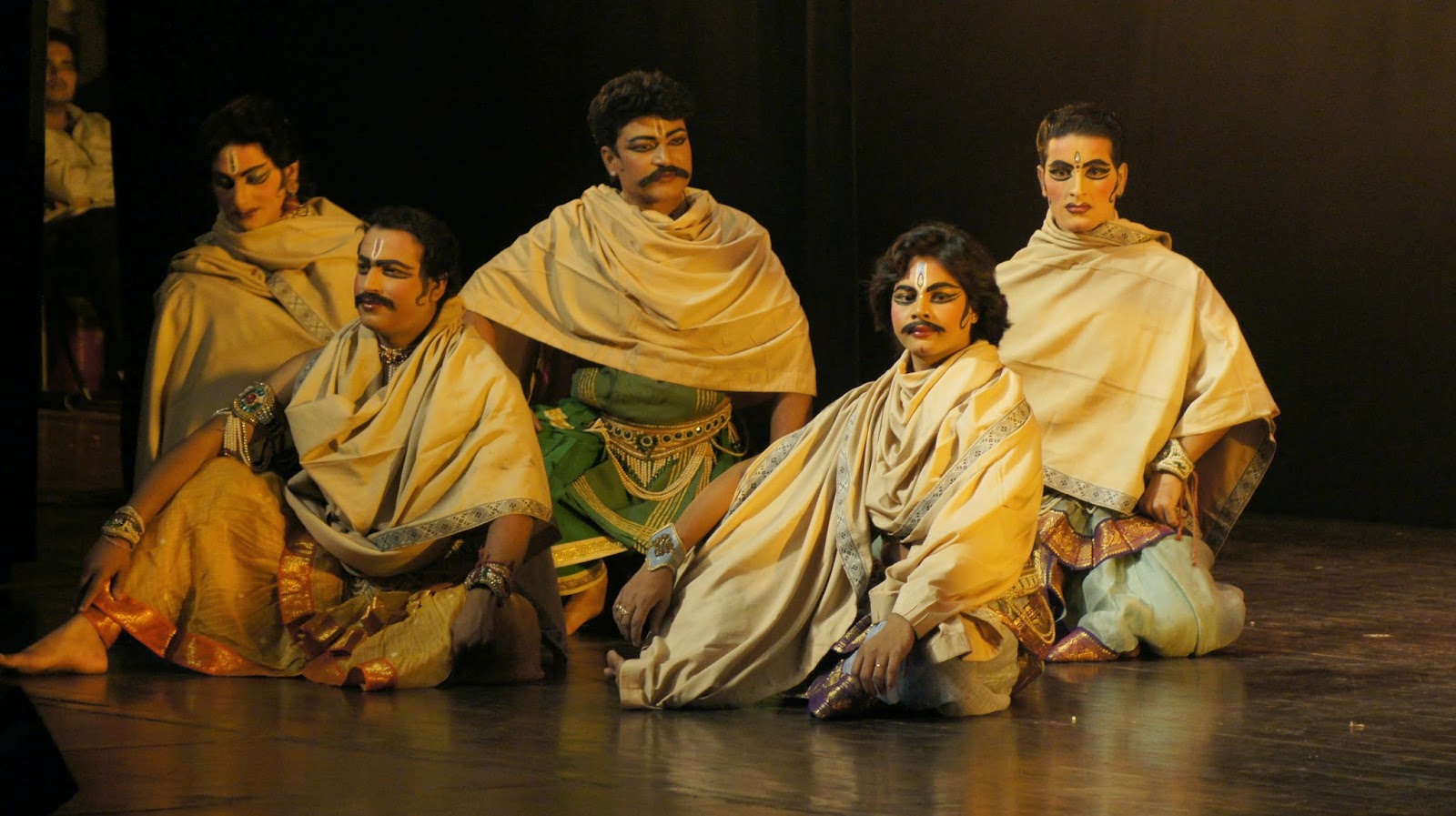 The dance form chosen was chhau. The dancers showed great agility in their leg lifts, leaps and rotations .The group choreography showed a lot of synchronization and coordination as in the scene where the infant Karna is afloat in the river, the group depicted the movement of the waves in the river to sweep the baby ashore. Chhau as a martial art form was used effectively in showing the war skills and training of the characters. The dice game was portrayed with great skill but Krishna was surprisingly absent from the scene of Draupadi’s cheer-haran. 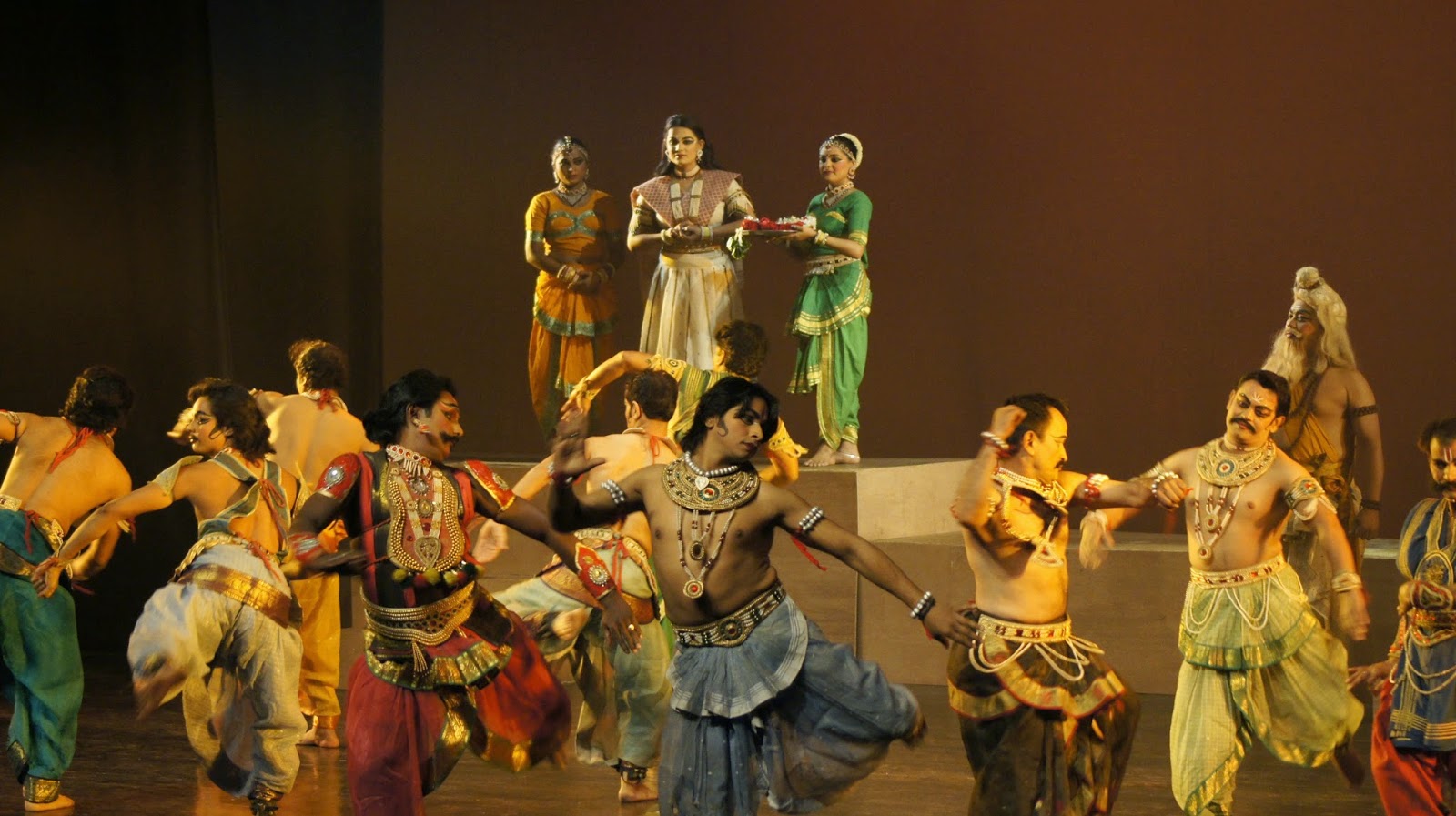 Karna was played by Shiburam Mohanta, Krishna by Raj Kumar Sharma, Arjun by Ram Hari, Kunti by Aakanskha and Draupadi by Madhavi Mohanta. The choreography and direction enhanced the portrayal of the story. Sharma, enacting Krishna, had a lot of poise in his carriage. The lights and music enthralled the audience. As a ballet it was effective story telling complimented by period costumes, make-up and excellent production.