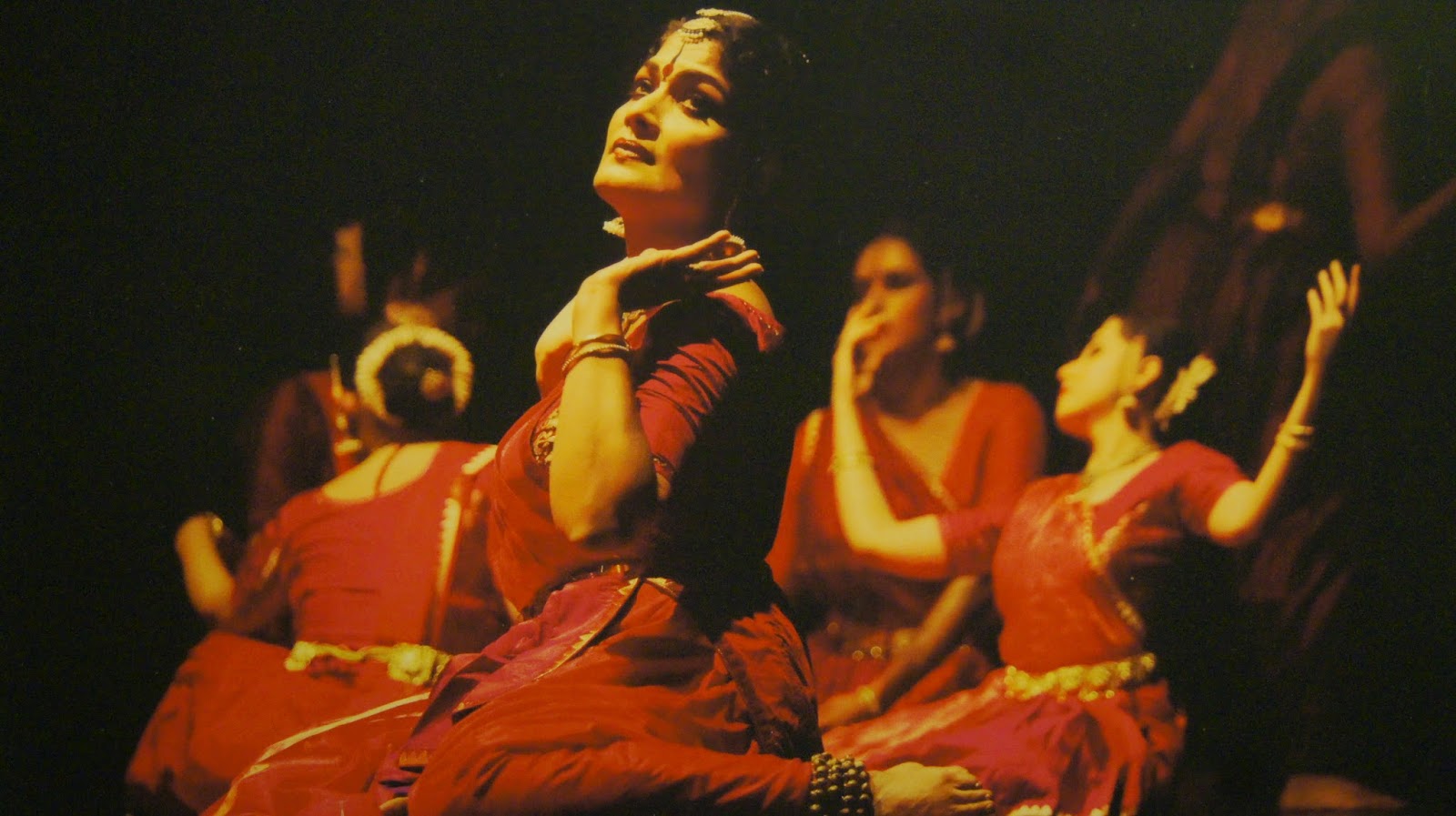 A photograph can immortalise a perfect moment, capturing all its nuances. The second edition of the annual event, Spandan, a world photography exhibition at India Habitat Centre, culminated on Monday, the 5th of May, with an evening of dance performances by upcoming dancers. Spandan had large format photographs displayed at the IHC grounds. Spandan has been conceived, curated and executed by R Sreenivasan, a dance photographer himself. It included the works of 30 photographers from different countries. The focus was on the work of Avinash Pasricha, who has been doing dance photography for the past 30 years.

The first performance for the evening was a Kathak solo by Astha Dikshit. She is the disciple of Malti Shyam and Harish Gangani. Astha has been dancing to Sufi poetry. For the first piece, she danced to poetry by Khwaja Ghulam Farid. The composition was in raag Jhanjhoti in teen taal. The poet describes the beauty of the creator and his presence in all the diversity of life - ‘tenu badal, barkha, gaach aakhan, tenu geet granth ved gyaan agyaan aakhan, pothi quran, mandir, masjid aakhan (should I call you the cloud or rain, song or the book, knowledge or ignorance, book of hindus or the Quran, temple or mosque). The abhinaya had a lot of grace. Asthas’s white costume added to the serenity of the piece. She danced to a piece by Bulle Shah next – ‘tere ishq nachaya karke thaiya thaiya (your love made me dance )’. The music for the piece was melodious. Astha concluded with dervish style dancing to ‘mein tere qurbaan, tere jaya mainu hor na koi’ (there is no other like you). It was a divine experience to see her pirouetting.

The next dancer was Anvesha Mahanta. She is an exponent of Sattariya dance of the Vaishnavite stream. She is empaneled with the ICCR and an A-grade artist of Doordarshan. Her first piece for the performance was an ode to Guru Shanker Deva and Bharat Bhumi. Dhanya dhanya bharat varshe was in raag Bhatiyali in teen taal. The second piece she performed was an obeisance to Lord Krishna. The poem sung the beauty of Krishna with the peacock feather, the savior of people from the Kalia Naag and the one who danced on its hood after vanquishing it. Anvesha showed a lot of energy in her footwork and leaps.

Next to take the stage were the students of Natya Vriksha, a group of promising young and some very young dancers. Disciples of Guru Geeta Chandran, they reflected to quite an extent the perfection of their guru. The first piece they did was a composition by Bhakta Surdas in raag Mallika, aaditalam. The poetry delved into the beauty of Lord Krishna as he roamed with his brother Balaram. Sunder Shyam sunder varleela, sunder bolat vachan rasaal, murli madhur bajavat, Gopal Jodi ati bhavati (Krishna is as beautiful as are his antics and his words. He plays the flute while herding his cows and the pair of Krishna and Balaram are a sight to behold). The dancers depicted their beautiful cheeks, feet, ear ornaments and vanmala.


In the end, the last frame of gopis admiring Krishna was perfectly executed. Next they did a Tillana in raag Vrindavani, Aditalam. The synchronised footwork and technique of the nritta was commendable.

Carolina Prada was the next dancer to follow. She is the disciple of Janmejoy Saibabu. The solo in martial art form Mayurbhanj Chhau had leaps, balancing stances, leg stretches and was very athletic.


The following performances were contemporary or cross cultural dance by Delhi Dance Theatre, titled ‘Inclined together’. It was a blend of ballet and contemporary movements. This was followed by popping by Furkhan, a dance form which I do not know much about. But still it was interesting for its strange body movements.

The last to perform were the belly dancers from Banjara School of Dance. Their colourful costumes and pelvic movements, with an attitude to match, really mesmerized the audience. The event provided a platform that was shared and admired by both the contemporary and classical dance forms.