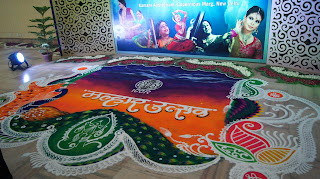 Monsoon spells the end of the misery of summer. To celebrate this season, a three-day festival of dance and music, based on monsoon ragas, was held at Kamani auditorium from 8th to 10th July. The festival was organized by ICCR. A beautiful and colourful rangoli in the shape of a peacock adorned the entrance to the auditorium. The setting of the stage was again beautiful – flowers on leafy vines hung from ornamental arches and columns against a darkening indigo ‘sky’, the perfect setting for a concert on the wet, verdant monsoon. 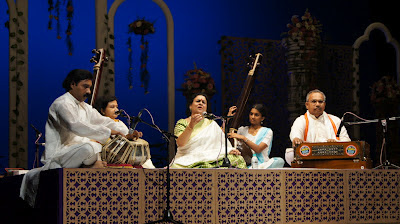 The programme for the evening began with a concert by Madhumita Ray. She has trained under Pt Vasant Thakar, Ustad Ghulam Taqi Khan and Ustad Ghulam Hussain, and rudra veena maestro Ustad Asad Ali Khan. She sang a composition based on Raag Miya Malhar. This was followed by ‘Barsan lagi re badariya’. The singing was very powerful. That was followed by a kajri – ‘Barsan lagi re saawan bundariya’ and ‘Jhoola dheere dheere jhulave sukumari siya re’. The gayaki was very melodious. 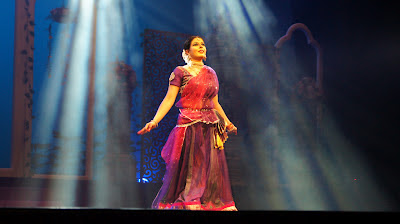 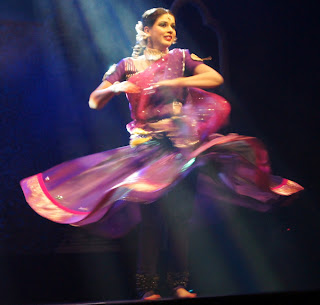 This was followed by a Kathak performance by Vidha Lal. Vidha is the disciple of renowned guru Geetanjali Lal of the Jaipur gharana. She is a recipient of the merit scholarship of the Kathak Kendra. Vidha has earned great acclaim for her brilliant solo performances in India and abroad. She received the Shri Krishna Gana Sabha Endowment Award 2010 and recently made a Guinness World Record for the most number of spins (103) in one minute. 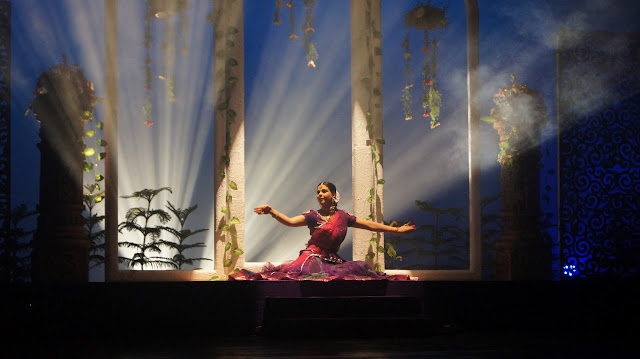 The performance began in that beautiful setting – Vidha sat in the middle, silhouetted against the light amidst the flowers, plants and columns. A shloka from Kalidas’ ‘Meghdoot’ – ‘Sasikar Ambodar Matta Kunjar’ - set the mood for the performance. Vidha performed to the bandish ‘Jhoola padat hai kadamba ki dali’. The abhinaya depicted how the nayika is swinging from a swing hung on the branch of a tree. The next bandish was ‘Bijuri Chamke Barse Meha’. The clouds gather. There is thunder and lightning. And then it pours. The nayika plays with the rain and gets wet. Vidha looked very sensuous. 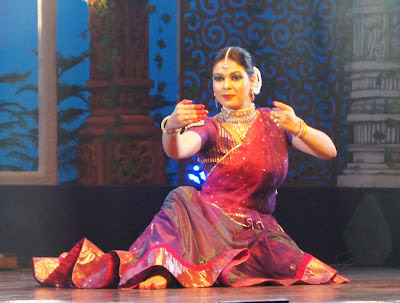 After a composition denoting the union of Radha and Krishna, the last bandish was ‘Badarava barsan ko aaye’. She danced like a peacock that looks at the clouds and spreads its wings to dance. Finally, there was a shower of silver and golden confetti to show the rain, while Vidha is playing and enjoying that ‘rain’. Vidha looked amazing in her purple and pink costume. The performance was not only technically sound, with pure dance tode, but the abhinaya was awe-inspiring. And the spins were mesmerizing. An aesthetic performance, a visual treat, with amazing lighting that created clouds and rain. 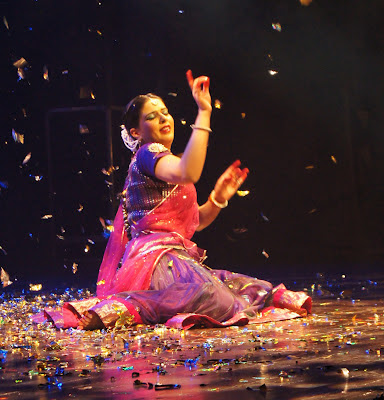 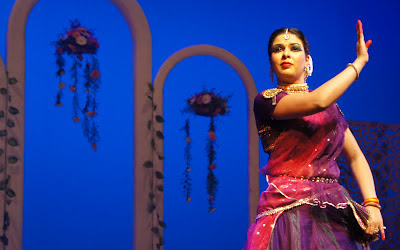 About the performance, Vidha said, “I would like to thank the ICCR for giving me this opportunity. The theme ‘Malhar’ is such that it has romance and viraha and lyrically, it gives the dancer a complete concept to perform to. The love that the Delhi audience has given me has overwhelmed me.”
Email Post