Exploring the repertoire in this arangetram

Archana Shivan has been learning Bharatnatyam under her guru Geeta Chandran since the age of 8 years. She has been learning for the past 14 years. She has represented her institution, Natya Vriksha, in several music and dance festivals and has always excelled. She represented Bharatnatyam at the Commonwealth Games opening ceremony in Delhi in 2010. 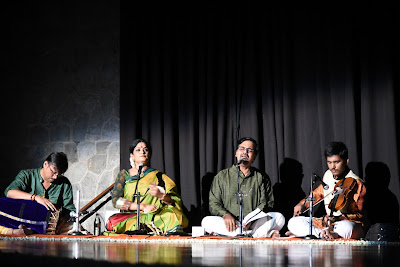 Archana’s arangetram was held recently in Delhi, with her watchful guru on the nattuvangam. She began her performance with a mishram alarippu. Next, she presented a jatiswaram. The jatiswaram captures the raga, which was Kanada. It was a composition of the famous K Dandayudhapani Pillai. The birds are returning to their nests, the sun bursts into flames – it is all those moments of meeting that make the Bharatnatyam for this piece a very special art form. Archana’s performance was a visual treat. 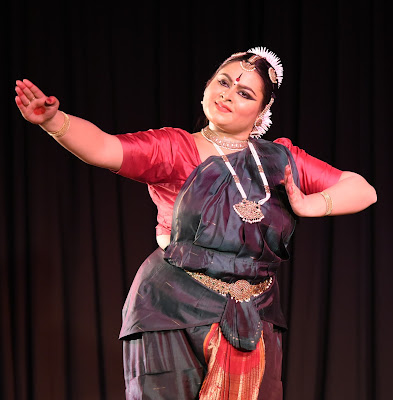 The centrepiece or varnam means ‘colours’. The piece was about the virahotkhandita nayika and it was in raagam Poorvikalyani, aaditalam in 8 beats, by the legendary Dandayudhapani. The nayika is struck by the arrows of Manmatha while she is pining for Lord Kartikeya, who is the son of Lord Shiva. She beseeches her sakhi to get him to her this very moment. In the charnam, the nayika is still asking the sakhi, will he ever come to me on his peacock? To her, every moment is like a yug, so this is the most opportune moment to embrace him. The performance picked up in tempo, with Geeta Chandran reciting the syllables on the nattuvangam, and that energy flowing into Archana’s nritta. Her abhinaya depicted the desperation of the nayika, with its elements of pining and frustration. 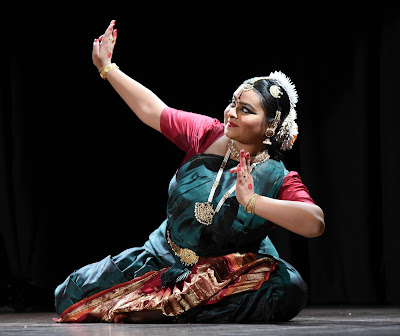 The following piece was a padam from the Bharatanatyam repertoire. In raag Todi, ‘Tai Yashoda’ is a well-known composition. The gopis are tired of being tormented by Krishna each day. They get together and take their complaints to maa Yashoda. Archana portrayed the gopis going to fetch water each day and how Krishna and his friends break their pots, drenching them. The sakhi is sitting down to comb her hair and Krishna comes in and kisses her on her lips. Archana could capture the character of gopis in her abhinaya, who are on the one hand eager to see Krishna, and on the other hand, complain to Yashoda about his antics. 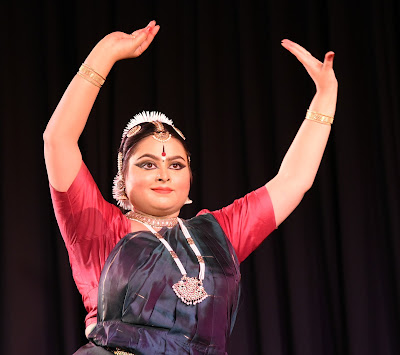 The following padam was a ninda stuti. The context of this piece is that the mother of Parvati, seeing her infatuation for Shiva, asks her what it is that attracts her to him. Is it the dirty skins he wears or the snakes or the Ganga on his head, the ‘other woman’ in his life? He has no other relatives. The composition was in raag Kalyani. It was a piece that Geeta had herself performed Archana beautifully explored the expanse of abhinaya for this piece, portraying the mother’s concern and her chidings.
Next, it was a thillana, which is a part of the margam. The camphor on the shivaling becomes a thillana, and when it dissolves in the fire, the dancer and the dance come together. The piece was in raag Bageshwari, by Lalgudi Jayaraman. The thillana had all the energy of a final piece. Archana ended her performance with a mangalam. 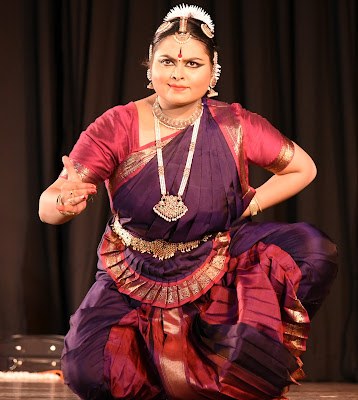 The accompanying musicians were K Venkatesh on vocals, Kesavan on mridangam and Raghavendra on violin, who had just given his Class XII exams and had excelled in academics. In the end, it was a moment of tears and sweat, tribulation and exhilaration, confidence and faith, with a tinge of uncertainty. 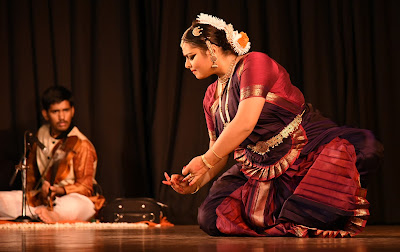