The anand of watching Brahmanand

There was much anand to be had on this cool evening in the waning winter of Delhi. Brahmanand was conceptualized and choreographed by Dr Sanddhya V Pureccha. It was based on rare abhangas written by lesser-known women saints of Maharashtra. The venue was IHC in Delhi, on the 19th of February. 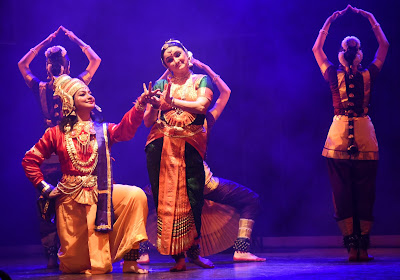 Talking very enthusiastically about the performance, Sanddhya said, “The concept was the philosophy of bhakti in the Varkari samudaya, which is a Maharashtrian community who’ve devoted their life to Vitthala, who is also their presiding deity. I have focused on the women saints of Maharashtra. Janabai was a lower caste woman working for Saint Namdev, and she got influenced by his poetry. She became very devoted to Vitthala and as she performed menial chores around the house, the Lord himself comes to help. Vitthala cannot be achieved through performing rituals. In fact, you can attain him through pure devotion. He seeks the bhakti within you. When I was reading these old manuscripts, I came across a lesser mentioned saint, Sorya Bai. Our focus should not be on material things but on achieving peace and pure emotion. Mukta Bai says that the ant aims to attain the sun just as the bhakta aims to achieve oneness with the Lord. I sourced all this poetry in the old manuscripts at the Maharashtra Sahitya Mandal. I spent many hours for many days to research the poetry, and then it was the process of working on the music and dance.” 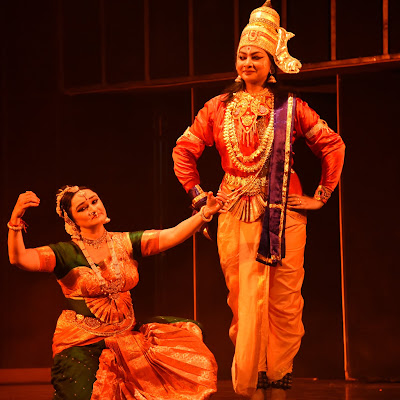 The dancers began with a pushpanjali. The first abhanga was about Janabai. When she cleaned the floor with a broom, the Thakur would come and take it from her and start doing it himself. When she would have to carry the trash, the Thakur was always there to carry it on his head. he would get warm water for her to bathe. He would wash her hair, comb them and braid them. He would draw the water from the well and have his hands calloused in doing so. He would help her feed the birds and in the end, get tired too. God himself became a servant to her. One night, the Lord comes to her chamber and sleeps next to her. When the gong rings in the temple to wake him up, he runs off in a hurry and forgets his padukas in her house. The brahmins accuse her of stealing them and as she is about to be hanged for the crime, she pleads to him and the Lord comes to save her. 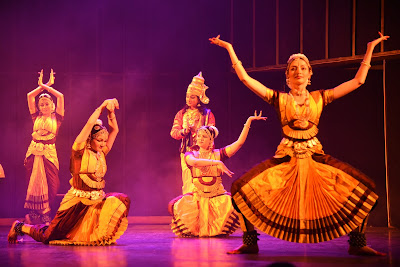 Sanddhya is very accomplished in her abhinaya, but it is her troupe of disciples who complement her act, sometimes acting as the birds and at other times, the angry brahmins who are punishing her. And the star performer was the dancer acting as Lord Vitthala. Her gestures of the Lord picking up the burden for the bhakta was very well executed, capturing the essence of the playfulness of Lord Vitthala. 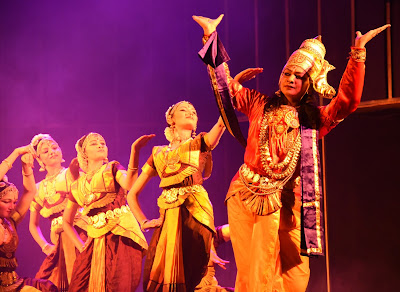 The next story was that of Sorya Bai, who was an untouchable and a lower caste devout. The Lord would not only come to her, but insist that she make food for him. She was childless, and so when she had the prasad, she became impregnated with a child. Then there is the story of Venabai, who was a disciple of Ramdasji. In the court of Rama, everyone is asking for wealth, prosperity and an assurance that it will remain forever. But Venabai asks for peace and bhakti to surrender her body and soul to seva. Again, a brief but well-executed piece by the dancers. 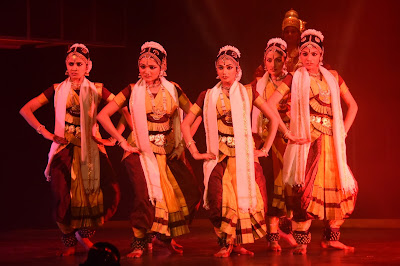 The last abhanga, which had some beautiful lyrics and some imaginative dancing by the group, was by Muktabai. She was the sister of Sant Gyaneshwar. Here, she says that an ant moves towards the sun or a scorpion crawls towards a snake or a fly becomes an eagle, sterile becomes fertile. All this is possible due to will of the devotee to become one with the Supreme. The audio track was quite well-rendered. The poetry was dripping with bhakti rasa. The disciples rendered it with dexterity to interpret the lyrics. One dancer portrayed the crawling scorpion on the floor while one depicted the ant and then the fly. It was a very well-rehearsed piece with formations and stances. 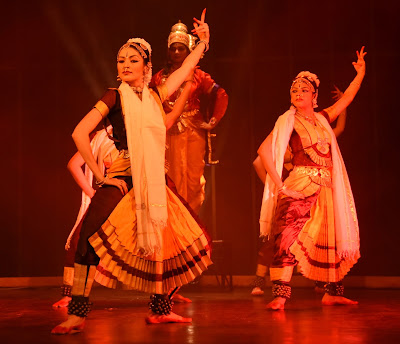 The various costumes of the dancer portraying Vitthala were done well but could have been more refined, though the headgear was well-made. In Maharashtra, Sanddhya said, the production saw all the dancers wearing traditional Maharashtrian nine-yard sarees. Concept, choreography and direction were by Dr Sanddhya V Pureccha, the music was by Manoj Joshi, lights by Sharad Kulshreshtha, and the programme executive was Bhavnna. The dancers with Sanddhya were Shanti Mohanty Dave, Chitra Dalvi, Mandeera Joshi, Suhani Dhanki, Pushkara Deochakke, Aishwarya Sakhare, Samuddhy Mistry, Chandan Pradhan. 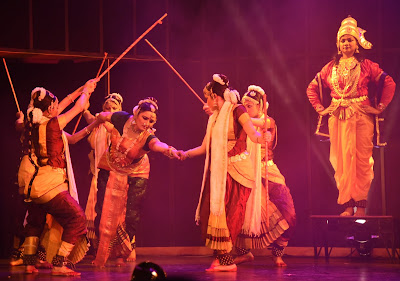