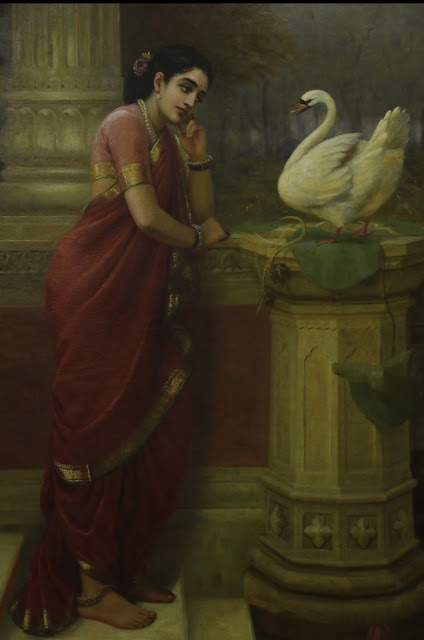 The Indira Gandhi National Centre for the Arts (IGNCA), under the aegis of Azadi ka Amrit Mahotsav, is organizing a three day Raja Ravi Varma Utsav from 15 to 17 April 2022 to pay tribute to Raja Ravi Varma through a book release, lectures, dance, drama, poetry, music, film screenings and exhibitions. A three-day celebration of varna (colour), rekha (lines and stories) and sangeet (music), the festival proposes not only to capture the essence of Raja Ravi Varma masterpieces but is an attempt to go beyond and explore the traditions and culture of all of India.

Raja Ravi Varma is one of the premier Indian painters who started painting in the technique of oil painting and made paintings based on Indian themes and mythology. Though he originally belonged to Kerala, he travelled extensively throughout India and served as court painter to various Indian princes. On the invitation of the great visionary Maharaja of Baroda, Maharaja Sayajirao, Ravi Varma spent quite a lot of time in Vadodara and created masterpieces which are in the proud possession of Maharaja Fateh Singh Museum. The studio in which he stayed, unfortunately, was in a dilapidated state till 2017. IGNCA collaborated with the palace authorities and got the studio renovated as a new cultural space which is run by the regional centre of IGNCA for various programmes such as exhibitions, workshops, reading sessions, dance performances etc. The renovated studio is to become the latest addition to the itinerary of art lovers and tourists visiting Vadodara.

With a new documentary on Raja Ravi Varma produced by IGNCA and a book release, the festival will also curate folk forms like Garba, Bhavai, Dangi Nritta, Holi-Ni-Ki-Gher, Pithora painters, Mata-Ni-Pachedi painters and many more.

A day-long festival will be held in Laxmi Vilas Palace on 15 April 2022 beginning at 8.30 am and in the Engineering and Technology Auditorium and Compound on 16 and 17 April, 10 am onwards.
The festival is free for all and promises to see footfall from all over India and abroad. Click here for more details.