Dancing to the warning bells of drought 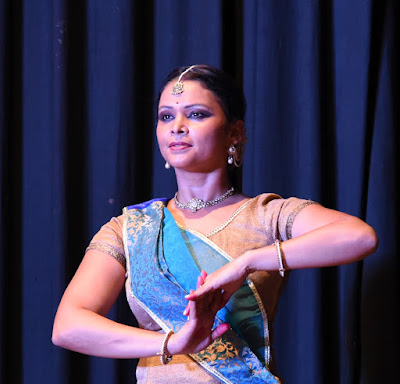 This summer is a particularly scorching one and the whole of India is seeing drought conditions. Every day, there are heart-wrenching images on TV of the effects of the water scarcity that some regions in India are facing. ‘Empty Vessels’ was a concert that had as its theme the idea that water is sacred, and aimed to spread awareness on saving this most precious natural resource. Nehha Bhatnagar and her organization Sarvam have taken up the cause. The campaign will ultimately bring water to a village in Himachal Pradesh through Himcon, an NGO. A short movie about the plight of people there was shown at the beginning of the performance.

Nehha said that an empty ghatam symbolizes the scarcity of water, since that image immediately evokes the idea of empty pots lined up to collect water, and that’s why she used it as a leitmotif. Artists from national and international platforms were invited to curate an evening dedicated to the cause. Elaborating on the full name of the evening’s programme, ‘Echo of Empty Vessels’, the compere explained, “Khali ki aawaz suno - listen to the sound of an empty vessel, it makes more noise.”

The first recital was by Hari Narayanan on the ghatam and Shridhar on the violin. Elathur N. Hari Narayanan started learning to play the ghatam at the age of 13 under the tutelage of Shri Kumbakonam N. Padmanabhan. He has many performances to his credit. Shridhar, the violinist, is a disciple of V.S.K. Chakrapani and Smt Akhila Krishnan. The ghatam is an amazing instrument – it is an ancient percussion instrument made by a single family near Madurai. It contains all the five elements of any creation – earth, water, air, sky and fire.

The first piece was in raag Amritvarshini, Aditalam, a composition by Muthuswami Dikshitar. It is said that it was composed during a drought, when there was a severe scarcity of water, that the raag is actually named Amrit Aakarshini, and is sung to bring water. The violinist played soulful music accompanied by the ghatam. Hari Narayanan then did a very deft solo on the ghatam, creating very fast-paced percussion.

The vocalist, Ujjwal Nagar, was the next to perform. He was accompanied by Kshama Bharti on harmonium and Pranav on the tabla. Ujjwal Nagar is the son and disciple of Guru Urmila Nagar. Subsequently, he was trained by the Late Ustad Bashir Khan, Pt Somnath Mardur and Pt Shriram Umdekar. He has been honoured with an award by the Sahitya Kala Parishad and has also received the Central Government Scholarship. I feel he’s been blessed with a voice that touches the heart. He sang a composition based on raag Kedar, in teen taal. The lyrics ‘Ab aan milo kant hamare’ (my beloved, please come to meet me) invoked the romance associated with the monsoon and hence with water. The clouds are rumbling, the peacocks are dancing, and the earth is covered by a thick green blanket of foliage. The composition in ek taal was ‘Saavan ki boondariya barsat ghangor’ (the monsoon raindrops fall thick and fast). His deep voice and his excellent rendition left the audience asking for more. Finally, he sang a bhajan, ‘Ganga Jamuna nirmal pani seetal hot sareer’ (the pure waters of the Ganga and Yamuna cool and purify the body). Though it was beautifully sung, it left a lump in the throat as listeners realized the irony of the situation. Hari Narayanan accompanied him throughout on his empty vessel, the ghatam. 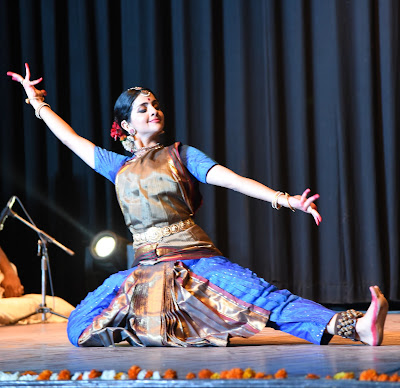 Nehha was the next to take the stage. She is the disciple of Guru Saroja Vaidyanathan, and has many international performances to her credit. She wore a striking blue saree which was the colour of a clear stream. With live nattuvagam and ghatam as accompanying instruments, she did a rhythmic jati. With Himanshu on nattuvangam and Harinarayanan on ghatam, it was a powerful opening. 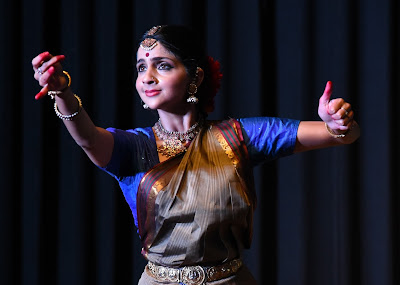 This was followed by a Sanskrit stotram by Adi Shankaracharya, Gangashtakam. The Ganga is addressed as the devi, the mother, and it is an ode to her might. The composition was in raag Malika, aditalam. Nehha depicted the river emerging from the feet of Lord Vishnu, being collected on the matted locks of Shiva, who entwines her in His locks and lets her down as a trickle. The sage Bhagirath, after much penance, brought her down to the earth to wash away the ashes of his ancestors and give them redemption. 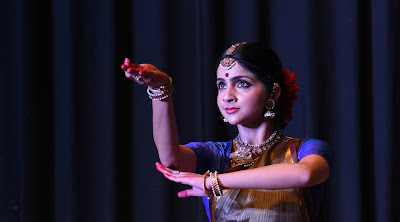 Nehha’s abhinaya is commendable and she has very expressive eyes. She showed great agility in depicting the movements, speed and waves of the river. She ended the piece with an aarti that highlighted the condition our revered rivers are in.
Gauri Diwakar did a Kathak piece next. She started learning Kathak under Smt Sumita Chowdhary and later at the Kathak Kendra under Pt Birju Maharaj and Pt Jai Kishan Maharaj. Finally, she honed her skills under Aditi Mangaldas. In 2008, she was awarded the Ustad Bismillah Khan Yuva Puraskar, and the Shringar Mani in 2002. 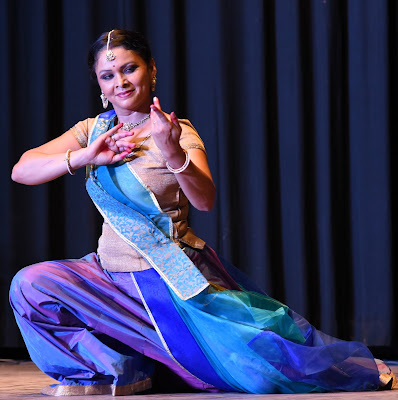 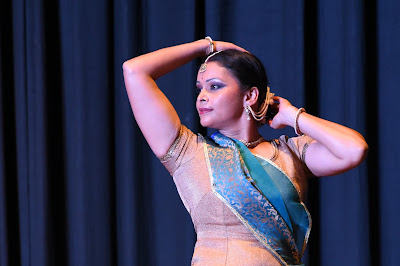 She used very subtle and intense abhinaya to depict the emotions of romance, and Gauri is always immaculate with her nritta and footwork too. She used uthaan, thaat, aamad, footwork, paran and tukda in the nritta part. The music for the piece was given by Samiullah Khan, the choreography was by Aditi Mangaldas, and the text was by Rachna Yadav and Ashutosh Dixit.There was a lot of movement and feel of water in the piece.

To summarise, water is not just a necessity for life. It is life! Since it is attached to so many emotions and spirituality, Anamika from Satyawati College in Delhi University recited some poetry that touched everyone’s heart. Nehha enacted that poetry, showing the expressions in the eyes of the harvester who sees a wilted crop. All this while the ghatam, the empty vessel, kept echoing in the hall.