Yashaswini Jindal is the daughter of Shallu Jindal, a renowned Kuchipudi dancer and disciple of Gurus Radha and Raja Reddy. She has been performing regularly and has also won the ICUNR (Indian Council for UN Relations) award. 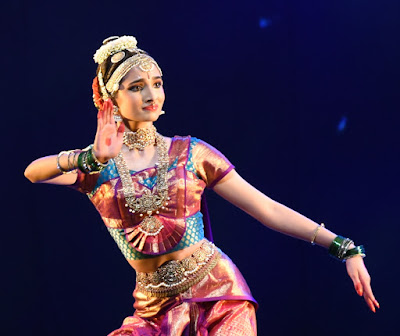 The young dancer recently performed at her rangapravesham in Delhi. A galaxy of dancers and artists were present for the performance – Pt Birju Maharaj, Saswati Sen, Ranjana Gauhar, Shobha Deepak Singh, Yamini Krishnamurthy and Ashok Chakradhar. 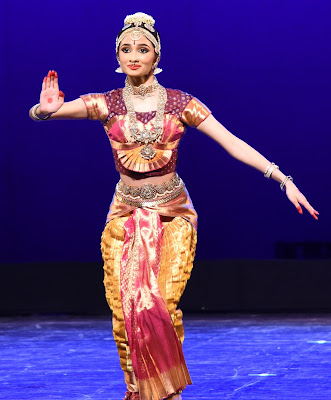 Yashaswini began her performance with an invocation of Lord Ganesha and then Lord Vishnu, depicted through the chakra and the shankha. Dashavatar was done in tisra, triputa, starting with the shloka ‘Yada yada hi dharmasya…’ The ten incarnations of Lord Vishnu were then depicted. The gestures and stances were taken well. She ended with the reclining posture of the Lord on Shesha. 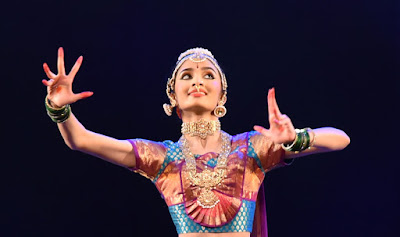 The second piece was a composition of Amir Khusrau, a 14th century Sufi mystic – ‘Chaap tilak sab cheeni’ is one of his much-revisited compositions. It was set as a tarana. Shri Raja Reddy said that it was a pleasure for any dancer to use the language of the land for the choreography. Love is a means of realizing god, who is addressed as the pritam. Bhakti changes to rakti, or the union. 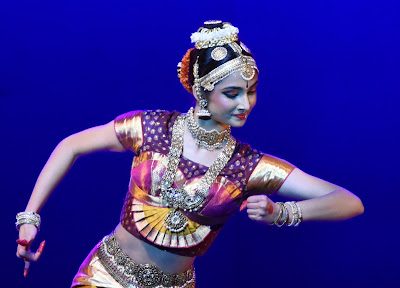 Yashaswini showed a lot of poise and confidence in the piece but the abhinaya needs to be worked on. Namastubhyam was the next composition in praise of Lord Krishna, and finally, she did a tarangam on the thaali. Yashaswini has the body and energy of an excellent dancer. Her footwork and hastas were well-executed. The thaali dance was in good rhythm and the stage coverage for the entire performance was good. 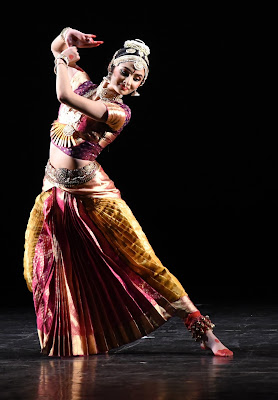