Bharatnatyam is the sap of this vriksha: Geeta Chandran, a biography

Far on the horizon you see a beautiful tree and walk up close to have a look. And you are curious – how was the soil tilled, how was the seed sown, how was it watered, what manure was given, when did it grow as a sapling, then as a bush, and finally as a sturdy tree. When and what season did it bloom and what season did it fruit in? Geeta Chandran is like that fruit laden tree and you are curious about her life when you see her as such a successful dancer. This curiosity brought me to write this short biography of hers, ahead of one of the major events in the 40th year celebrations of her arangetram. Ever since the 40th anniversary of her arangetram last year, there have been many events commemorating it, including one that begins today. Geeta Chandran was born on the 14th of January, 1962 to Shri Ramanathan Ramakrishnan and Smt Parvati in the city of Cochin in the state of Kerala. She is the only child of her parents. Her father worked for the Indian government and her mother is a homemaker. Both her parents were fond of Carnatic music and Bharatnatyam. In fact, her mother plays the veena and is also a singer. They often took her with them to classical music and dance concerts. This is when the seeds of her interest were sown. 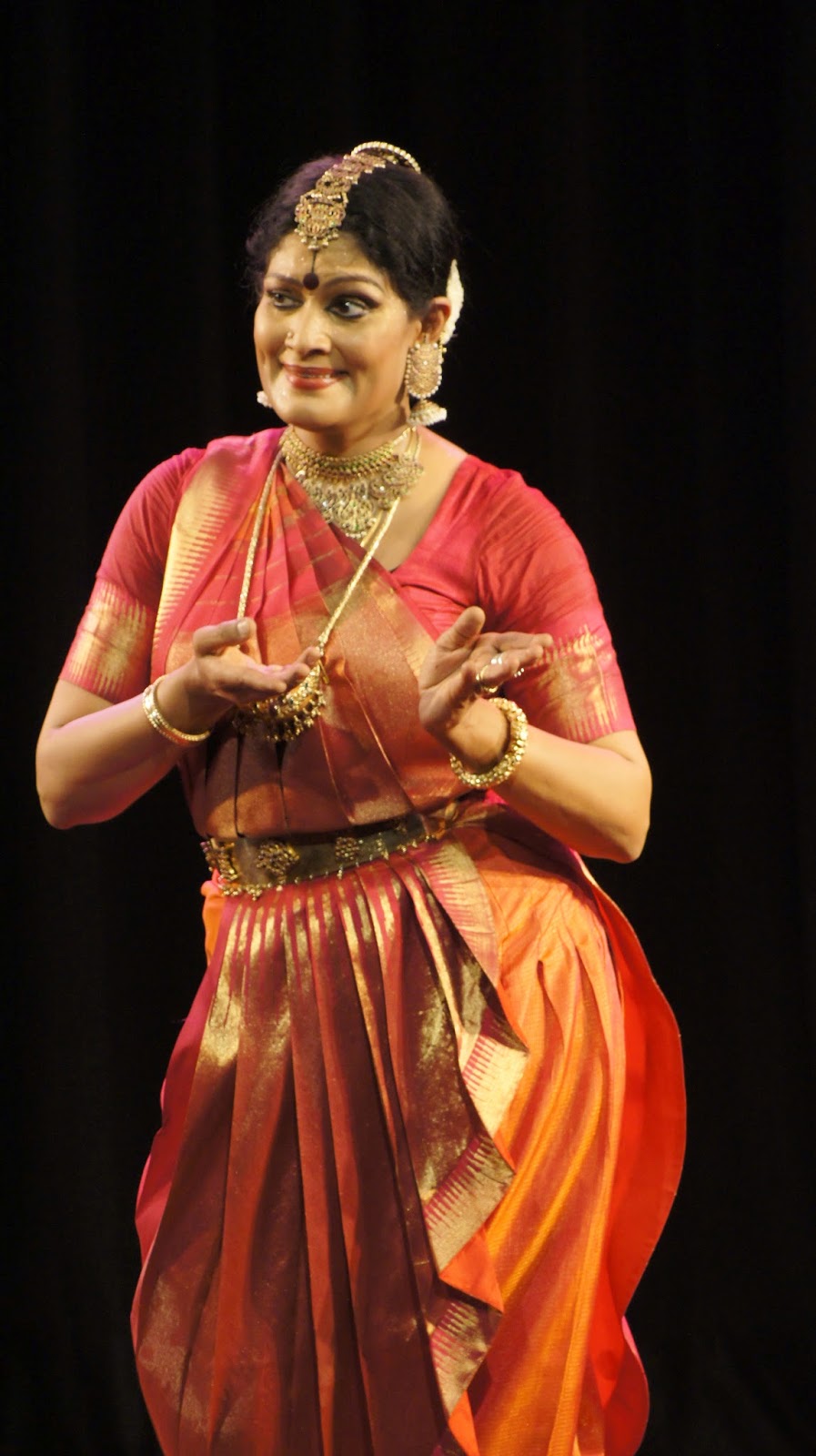 Geeta joined an elementary school in her city. Though she was not very fond of it, she soon became a favourite of her teachers. She worked meticulously and her handwriting was neat. Math was a favourite subject. Geeta’s mother was a disciplinarian and her schooling and homework held priority over her dance classes. She was not allowed to watch television. For her father too, her education came first. Geeta was fourteen years old when the family relocated to a more prosperous neighborhood. The change in the school led to the dropping of her grades. After high school, she went to Lady Shriram College in Delhi, where she graduated in mathematical statistics. She went to the Indian Institute of Mass Communication, where she completed her Master’s in Public Relations and Journalism. Later, she worked as a media researcher for one year.

While in LSR, she met her future husband, Rajiv Chandran. Their families were mutual friends and they had the liberty to spend time together. In 1985, they decide to get married. Rajiv works with the United Nations as National Information Officer. Besides, he helps Geeta with business matters regarding the running of her dance school. Rajiv is seen at every performance of Geeta, compering the event with his excellent oratory. He has the ability to explain the concept of the entire performance with his perfect language skills. About Rajiv, Geeta says that as a husband, he has been a big and invaluable support throughout her journey. It would not have been possible without him. In fact, it would not be wrong to say that behind every successful Geeta, there is always a Rajiv.

“Geeta and I grew up together; it’s amazing that I have known her from her childhood years - even attended her arangetram!” says Rajiv. “What still amazes me about her is her incredible capacity for discipline and hard work. She can go on and on... and then some. And her brutal honesty. Through these four decades of her dancing commitments, I have played the part of an ardent admirer, eager fan and strict critic. After every rehearsal and performance, we have an honest assessment of pluses and minuses. I think all artists need an honest feedback mechanism. It is in playing that role that I feel I have partnered her dance. Nothing more...or less!”

Sharanya is their only child and Geeta’s senior most disciple too. Though she has the looks of her father, the imprints of Geeta as Guru and mother are visible in her dancing.

Geeta as a Dancer

Geeta was at the tender age of 5, when she was taken by her mother to Smt Swarna Saraswati, a famous Bharatnatyam dancer and teacher. The little girl was asked to give a traditional offering to her guru. For Geeta, it was surrender for a lifetime. Smt Swarna Saraswati came from the devadasi tradition and was a strict disciplinarian.  Geeta reminisces that she got her most valuable training in Bharatnatyam from her. She made them confirm to the old school approach and did not give them any creative leeway. This Geeta thinks was for the better because she learnt the art without it being corrupted.

Geeta has memories of her Guru as a simple, straightforward person. She looked up to her guru and always longed for a kind word or some praise. But Swarna Saraswati thought that Geeta was not the kind to be praised, but goaded into perfection. It was only occasionally that Geeta was singled out for her talent. Swarna Saraswati saw to it that her students grew up to be complete artists. Besides a wide repertoire of dance, she also taught them to sing and play the veena. 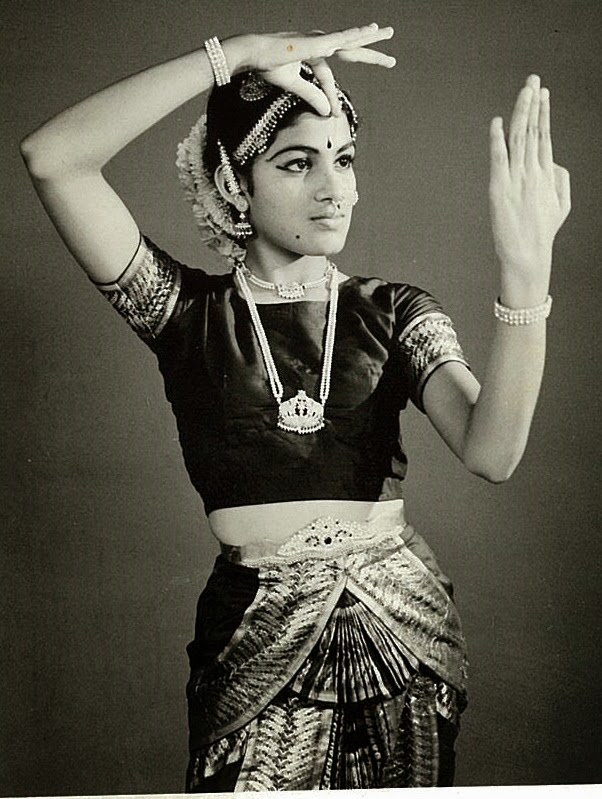 Geeta had her arengetram in 1974 after seven years of training, and was given the title of Natya Ratna. Swarna Saraswati taught Geeta that dance is sacred and made her a complete person. Geeta moved on to another teacher only after Swarna fell ill. Her next teacher was a male guru and she had difficulty adjusting to that fact. Geeta trained under Guru KN Dakshinamurthy for a long time. She was 25 years of age when she decided that she could not do justice to both dance and her job. She quit her job and took up dancing as a full time career. She now had the time to teach and learn new things and expand her horizons. Geeta had been learning classical music too since 8 years of age, but gave it up when she had to devote herself to her studies. 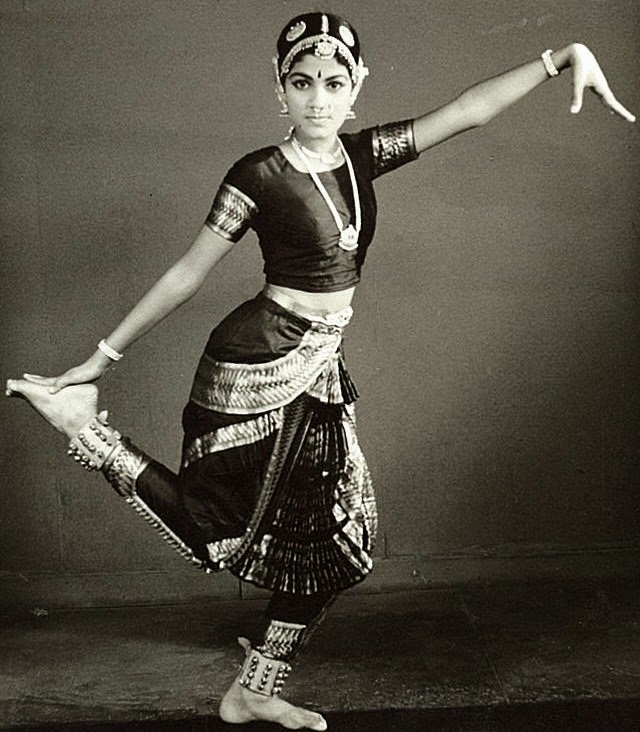 This is in short the story of the birth and growth of a dancer. A dancer who has so much perfection, exactitude and devotion to reach the pinnacle of achievement that has become synonymous with dance. I would rather give her the title of a thinking dancer because each of her productions has a thought process behind it.

A tree that flowers must also bear fruit and spread its scent and taste. So if your gurus have given you their best, you must also teach and propagate what you have got. Geeta founded Natyavriksha, her dance school in Delhi and has taught her disciples to the best of her abilities. There are   disciples who have completed their arengetram and are successfully performing with the company, which goes by the same name. She also visits schools and colleges to promote Bharatnatyam by introducing it to the students. 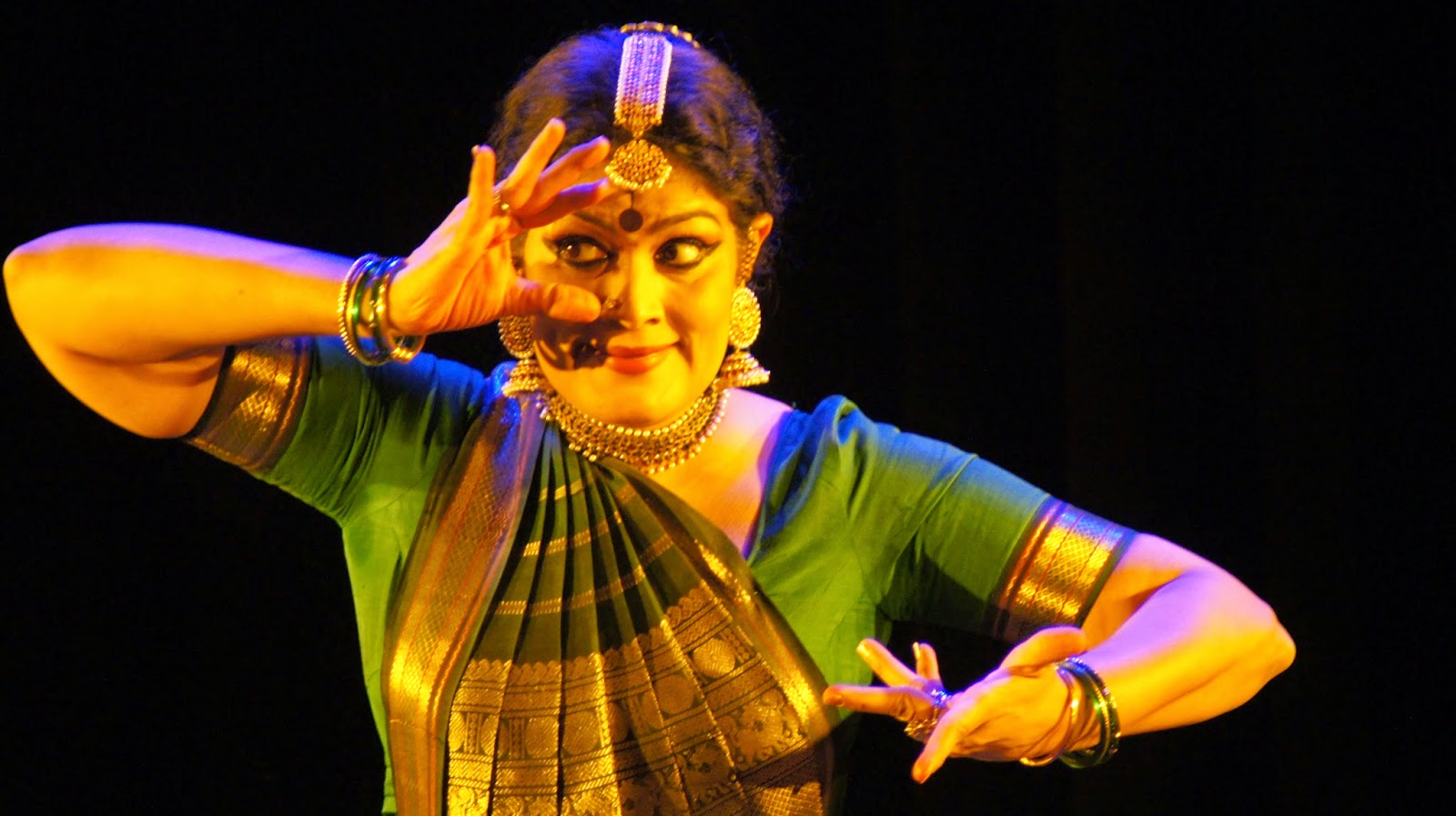 On being asked how she inspires youngsters to take up dancing as a career despite there being the twin disadvantages of almost no financial gain and the requirement of a lot of discipline and hard work, she said, “I think the way I think of it is to show the awesome power of sweat. Let me explain. In their world when everything is easy, pre-digested and two - minutes, dance comes as something completely different. It is individualised, not herd - like, it beautifully merges body and mind, it showcases human strife and effort to tame our bodies. I show students the excitement inherent in all this. And that is so potent a path that they eagerly embrace the culture of dance. All may not become full time dancers, but in whatever they do, the culture of dance will take them through different paths. As a teacher that is what is most gratifying to me. Plus, to me dance and life are a single continuum. There is no dichotomy. I think the young respect that and cherish it. They find in that a different role model. They become attracted to dance as a matter of course.” 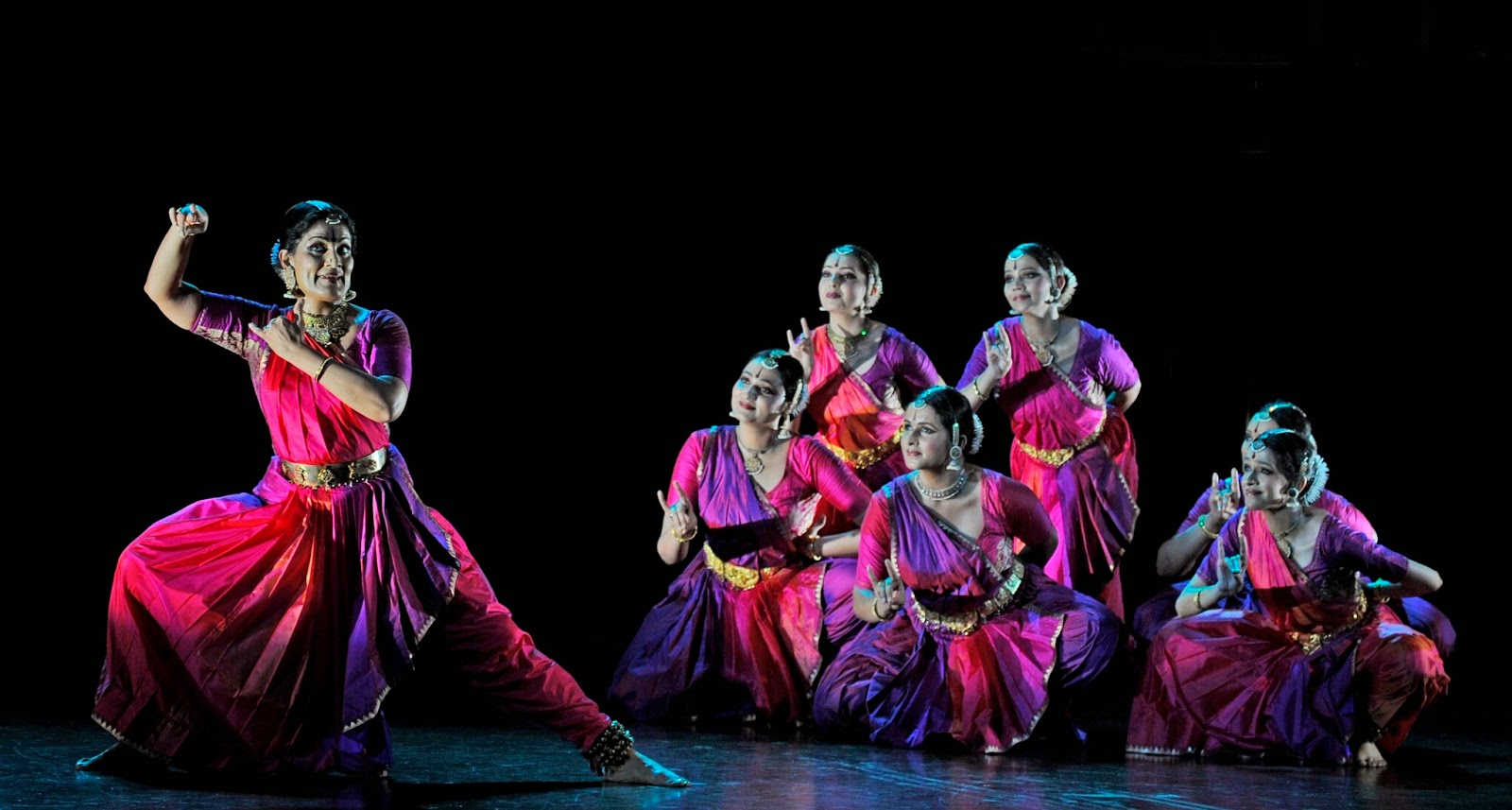 Geeta has been bestowed many awards and honours in India and around the world. Notable among them are:

Padmashree by the President of India in 2007.
‘Top grade’ status granted by Doordarshan in June, 2004.
‘Outstanding artist’ status granted by ICCR in September, 2005.
Lifetime achievement award conferred in March 2009 by the World Congress of Women.
Delhi Rattan award conferred by the Art and Culture Trust of India in 2006.
LSR Alumna award by Lady Shri Ram College, Delhi in their Golden Jubilee year, 2005.
Shringar Mani by Sur Singar Samsad, Mumbai in 1980. 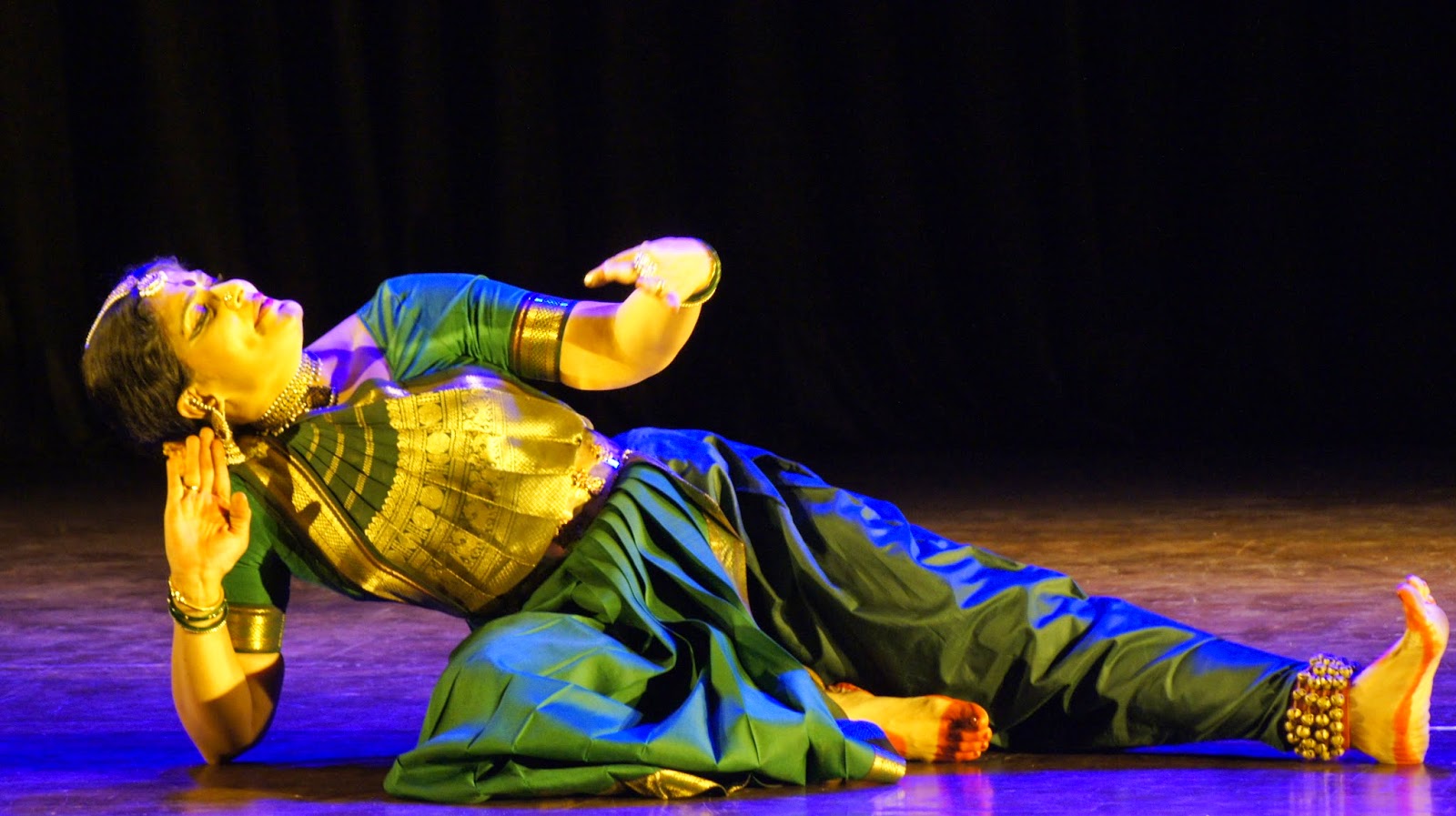 Geeta is a devout Hindu. She has been initiated into the Vaishnav sampradaya. This has been a boost to making her life more disciplined and making her dancing more emotive. Every year, she performs at the Radha Raman temple in Vrindavan as nritya sewa because dancing is not just about performing, but also about giving up your ‘I’ and yourself to a service. She worships dance, and she worships through dance. Her worship gave her the roots that keep this tree rooted and fed.