A Tribute in Dance

On the 8th of December, Kala Vihar presented a baithak to honour the memory of Pandit Shambhu Maharaj, at the Jor Bagh community centre. It was a kathak performance by students of his senior disciple Manjushree Chatterjee. Manjushree paid homage to her guru with chandan teeka and
flowers.

Smt Manjushree Charrerjee is a distinguished kathak dancer and teacher. She has been trained under Nalin Kumar Ganguly and later by Guru Shambhu Maharaj of the Lucknow Gharana and Guru Sunder Prasad of the Jaipur gharana. She has performed at various festivals within the country and conducted lecture demonstrations in India and abroad. At her school of dance, Kala Vihar in Kolkata, she continues to train young kathak dancers. For her service to dance, she has been honoured with the Sahitya Kala Parishad Samman (2003) Rashtriya Ekta Award and the Sangeet Natak Academy Award. 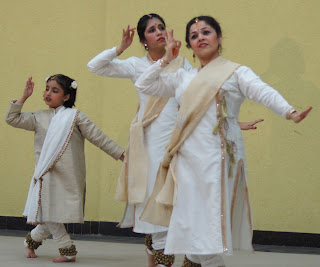 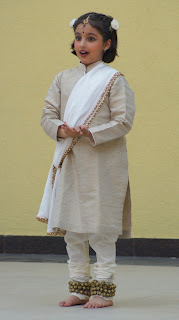 Next it was little Anandini, the youngest disciple of Manjushreeji, who performed the beginner’s steps that she has mastered. Even the little dancer had great technique and perfection. 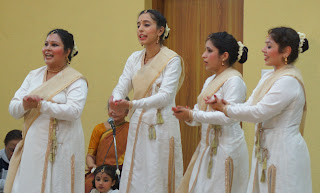 Finally, the group performed a technical piece of pure dance. It was in gat and layakaari in teen taal in 16 maatraa. The footwork was excellent with some graceful hand movements. They depicted Radha and Krishna and the mayur that is an integral part of the dance. Akhtar Latif provided good support on the tabla.
Email Post