The language of dance 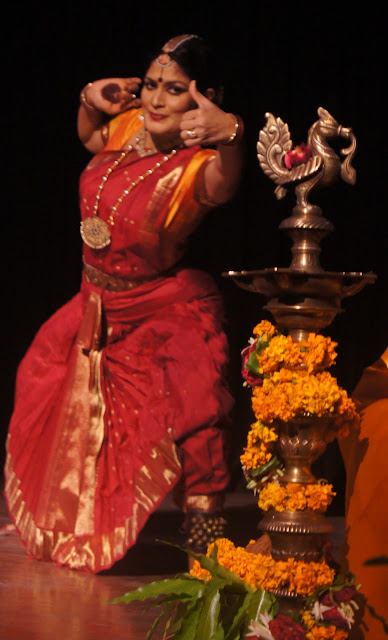 Sanskrit is the mother of all languages. So an attempt to revive the language would in effect be an attempt at saving all languages from becoming orphans. It would be an attempt to save our ‘sanskriti’. To celebrate the Sanskrit Day, Sanskrit Academy presented a dance recital by Padma Shree Geeta Chandran. The performance was held on 3rd August at Hindi Bhavan. 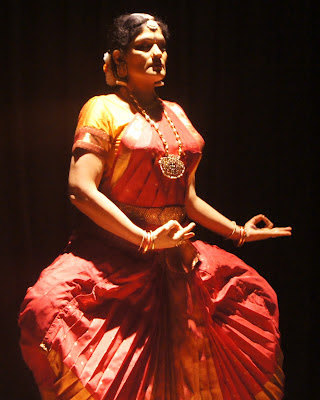 Geeta Chandran needs no introduction. She has already been introduced in this blog. It would not be an exaggeration to say that she embodies Bharatnatyam. Such excellence of technique, complete slick sharp movements of hands and feet and the bhavas, can only be a gift from the Almighty. 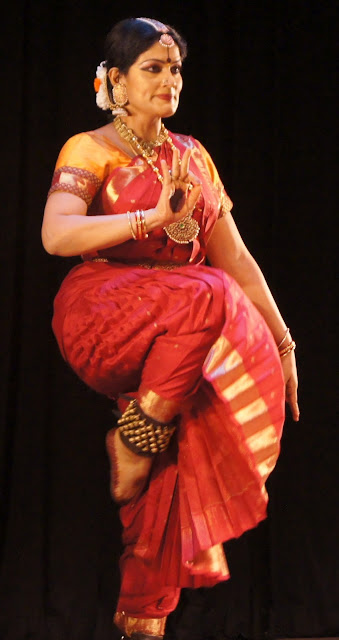 The performance titled ‘Natya Kaumudi’ demonstrates the use of Sanskrit in Bharatnatyam. Geeta presented ‘kavya’ or poetry written by Adi Shankara, Amaru, Kalidasa and Jaidev. About working with Sanskrit poetry, she said, “I have been working with Sanskrit poetry all the time, but since I was working in a more focused way, it has been a very transforming but also a saddening experience, since Sanskrit does not get its due. The language has so many metaphors and similes that layering it with music and ‘abhinaya’ does not do justice to it. The poetry is so beautiful that it gives the dancer a lot of imagination to work on and sometimes it is so complete and the language so filigreed that even dance cannot do justice to it. So I had to keep the dance minimal, to the back seat and let the poetry come to the forefront and create its own effect.” 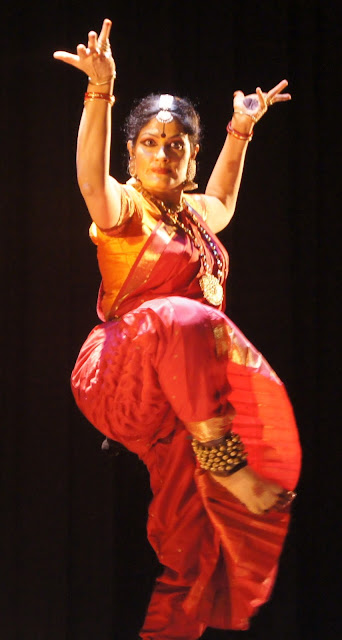 The first piece was a ‘Shiv Panchakshar Stotra’ composed by Adi Shakaracharya. It is an invocation to Lord Shiva, worshipping his characteristics and attributes – ‘Nagendraharaye, Trilochanaye, Bhasma Dharaye, Maheshwaraye, Neel Kanthaye, Jata Dharaye, Digamberaye, Yaksha Swaroopaye’. Geeta depicted all these with a lot of grace and poise. How his hair are tied in a knot on his head with the snakes forming his crown and garlands, the river Ganga flowing from his tresses, his third eye and his blue throat. She depicted with a cross legged stance His being the Nataraj, with a fluttering hand His damru and with an angry look His, being the Rudra.

The next piece was a ‘vandana’ of the god of love Kamdev by Damodar Gupt. Kamdev and his wife Rati roam during the spring season. Anybody who is struck with his arrow knows the longing of love. The verses were taken from Jaidev’s Geet Govind. When the ‘vasant ritu’ is at its best, the wind that blows is soft and scented, the ‘kunj of Vrindavan’ are all green and verdant with ‘lalit lavang lata’, where Lord Krishna is roaming with the ‘gopis. The love struck Radha is waiting for him to come to her and is advised by the ‘sakhi’ to go to him soon to end her suffering. Geeta’s execution of the piece was amazing with exemplary abhinaya, portraying both Radha and the ‘sakhi’.

Following this was a piece from Kalidasa’s ‘Ritu Samhara’- ‘Sasikara ambodar matt kunjar’. Summer brings with it suffering for man and nature, which are wilting in the scorching heat. Rain brings relief to the suffering ‘nayika’, who is pleasantly surprised by the thundering clouds. The deer are dancing, birds are pecking and romancing, bees are hovering over the flowers and the peacocks are spreading their wings to dance in the rain. The rivers are in spate as they rush wildly towards the plains and finally merge in the ocean. The lovers embrace and kiss while playing and splashing water on each other. The depiction of the dancing deer and pecking birds was done beautifully with hand movements; the dancing peacock was portrayed beautifully. The ‘nayika’, who is annoyed with her lover, gets scared by the thunder and runs to embrace him. Finally they retire to bed together in a lip lock, dimming the lights. The abhinaya depicting the two lovers was done amazingly by Geeta, while posing both as the man and the woman.

The execution of the next piece was awe inspiring. It was a composition by ‘Amaru’. The nayika is leading a contended life, when one day she sees her lover from yore. Seeing him she reminisces about their love in the past and then she cannot stop the flow of her emotions and is struck by remorse and regret. Enacting this piece, Geeta started with first depicting the nayika wringing and drying clothes. Then she sees her lover go by and her thoughts start to flow, thinking of the times they would romance while playing hide and seek. Coming back to the present and seeing him go past her like a stranger, she is completely heartbroken. The last piece, ‘Maitreem Bhajate’, a composition by Chandrashekhar Saraswati, was about giving up jealousy and envy, ending wars and spreading the message of love and friendship. 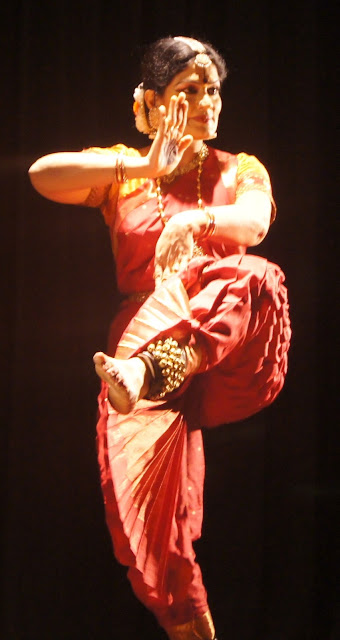 Sudha Raghuraman with her very strong and melodious voice gave the vocals for all the pieces. The other equally talented accompanying artistes were – Chandrashekhar on the mridangam, Raghuraman on the flute and Shanker on natuvangam.
Email Post